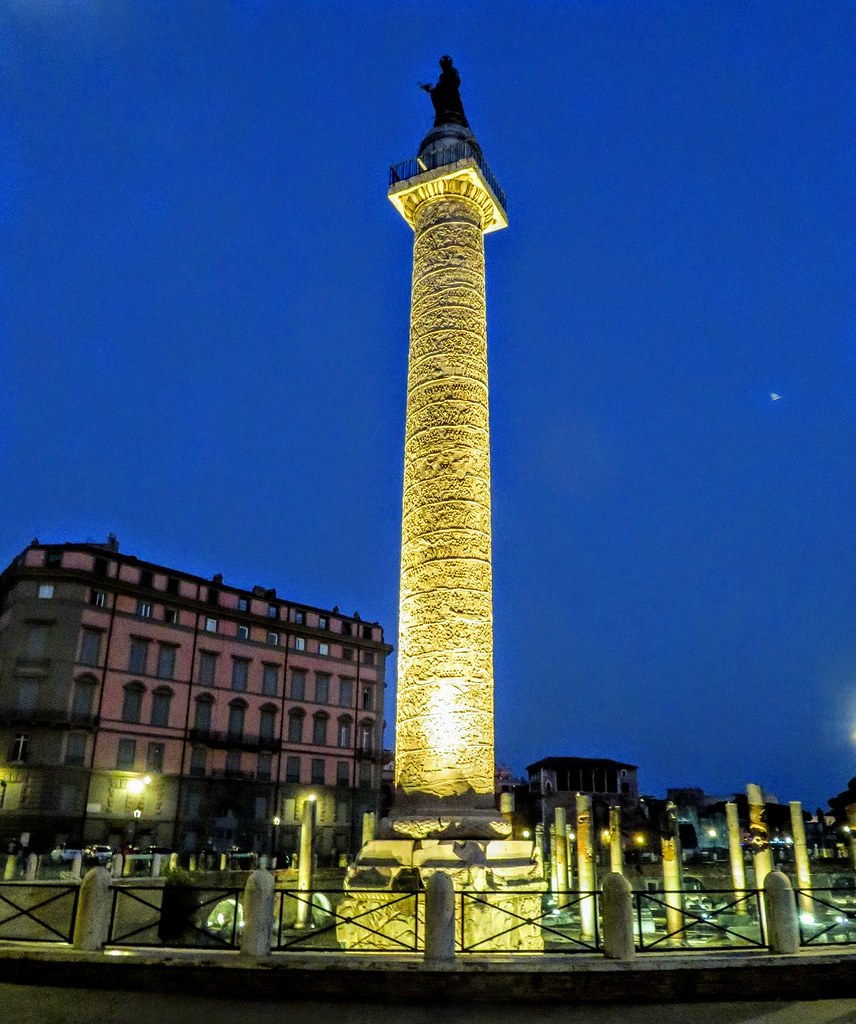 Trajan's Column
Trajan's Column commemorates the victories of the emperor Marcus Ulpius Traianus (r. 98-117) in the two Dacian wars (102-3; 105-6). The Dacians were the inhabitants of what is now Romania. The column, which was completed in 113, is almost all that is left standing of Trajan's Forum, the last of the great imperial fora to be built in ancient Rome.

An inscription on the base states that the column was erected in honour of the emperor Trajan (r. 98-117) by the Senate and People of Rome (SENATVS POPVLVSQVE ROMANVS), ‘to show how high a hill - and the site for such great works - had been cleared away’ (AD DECLARANDVM QUANTAE ALTITVDINIS MONS ET LOCVS TANTIS OPERIBVS SIT EGESTVS). This has been taken to indicate that the top of the column marks the original ground level, thus giving an idea of the extent of the excavations undertaken for the construction of the forum, which was funded by the spoils of war from the two Dacian campaigns.

​The height of the column is 100 Roman feet (29.78 m). It stands on a 5.29 m high pedestal, which makes the overall height 35 m. Both the column and the pedestal are made of Carrara marble (marmor Lunensium).

The shaft of the column is made up of 17 blocks of marble, which have been cut away on the inside to create 185 steps. The steps lead up the platform, where stand two more cylindrical blocks. The column was once crowned with a bronze statue (thought to have been in the region of 5 metres high) of the emperor Trajan in military dress, but this disappeared centuries ago. In 1587 a bronze statue of St Peter, the work of Tommaso della Porta and Leonardo Sormani, was erected in its place.

Around the shaft winds a helical frieze, 200 m long and carved in low relief. The reliefs, which would originally have been painted, illustrate the story of the two Dacian campaigns in a continuous sequence of 155 scenes, with over 2,500 figures (Trajan appears a total of 59 times).

The reliefs on the base of the column depict captured Dacian arms and armour. This is where the ashes of Trajan and his wife Plotina were placed. Trajan was given special dispensation to be interred in the centre of Rome; he was probably the first and last emperor to be so favoured.
Gallery 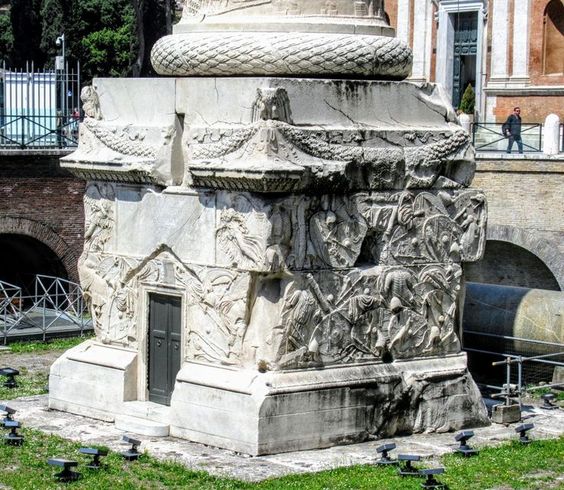 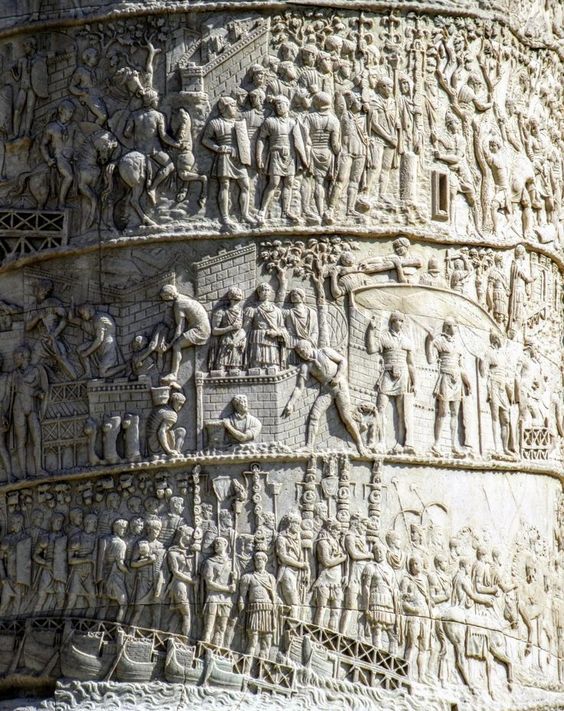 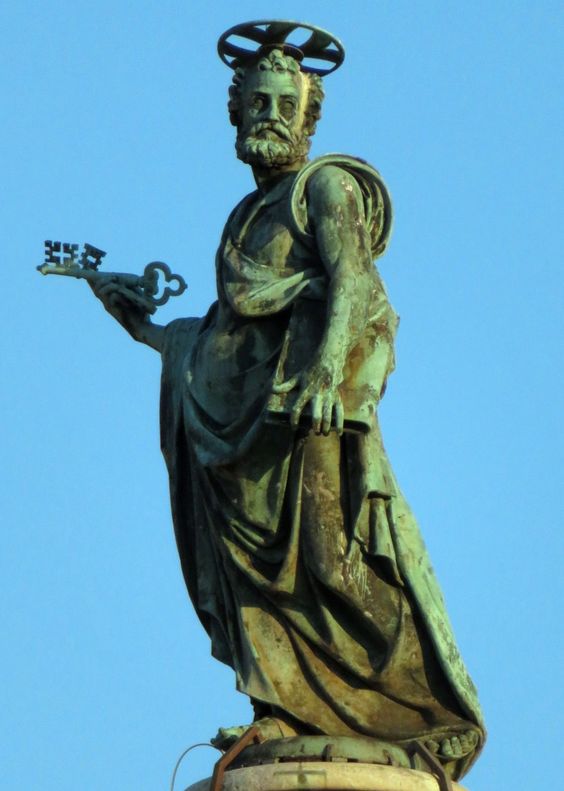 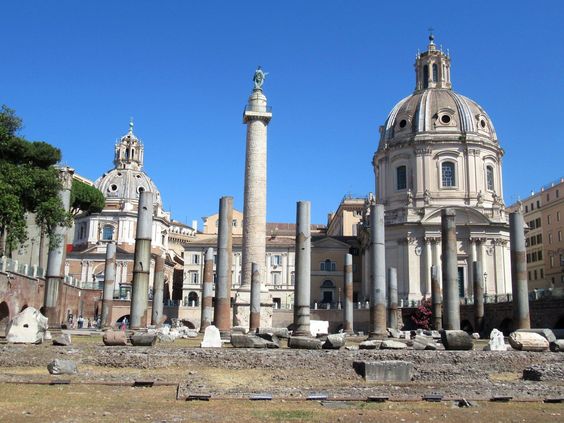