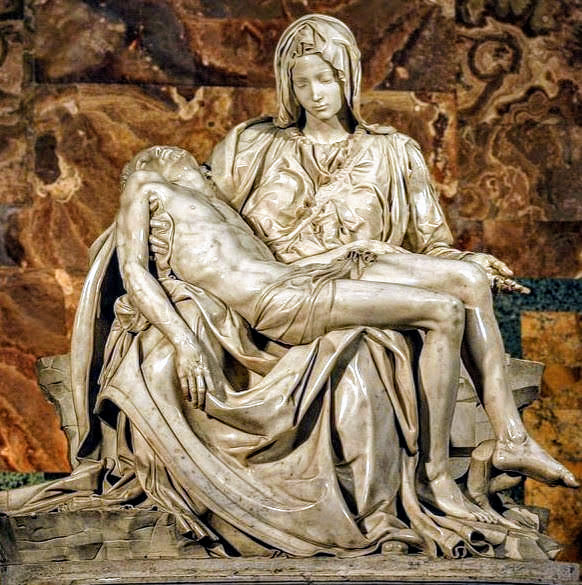 The Pieta by Michelangelo
Michelangelo (1475-1564) carved the Pietà from a single block of Carrara marble when he was in his early twenties. The sculpture was commissioned by a French cardinal, Jean Bilhères de Lagraulas, for his funerary monument. The Pietà, which originally stood in a chapel in the old basilica, is the only work of art Michelangelo ever signed (on the band which runs diagonally across Mary’s body).
​
Mary’s youthful appearance has always been much commented on. Michelangelo would claim that the mother of God was a woman of such moral purity that she did not age like ordinary women.

On May 21st, 1972, which was the Feast of Pentecost, the Pietà was attacked by Lazlo Toth, a thirty-three-year-old Hungarian, who shouted, ‘I am Jesus Christ, risen from the dead’. Toth repeatedly struck the sculpture with a hammer, removing Mary’s arm at the elbow and chipping off part of her nose. Thankfully, a group of bystanders prevented him from doing any more damage. The sculpture was skilfully repaired and ever since it has been protected by a special plate-glass screen. 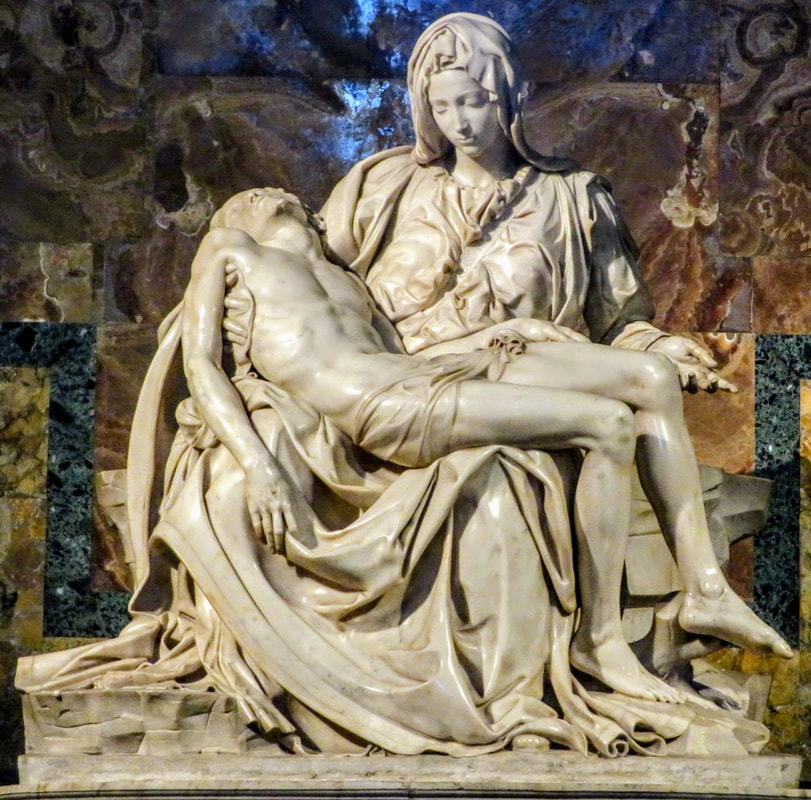 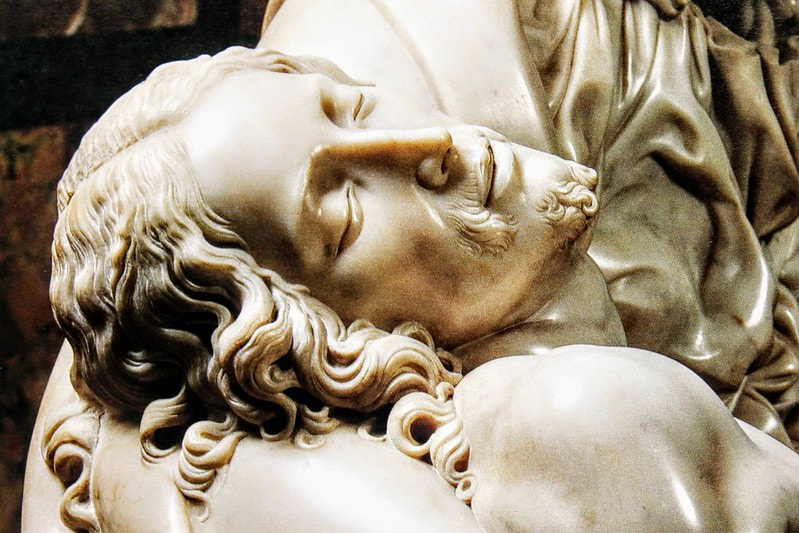