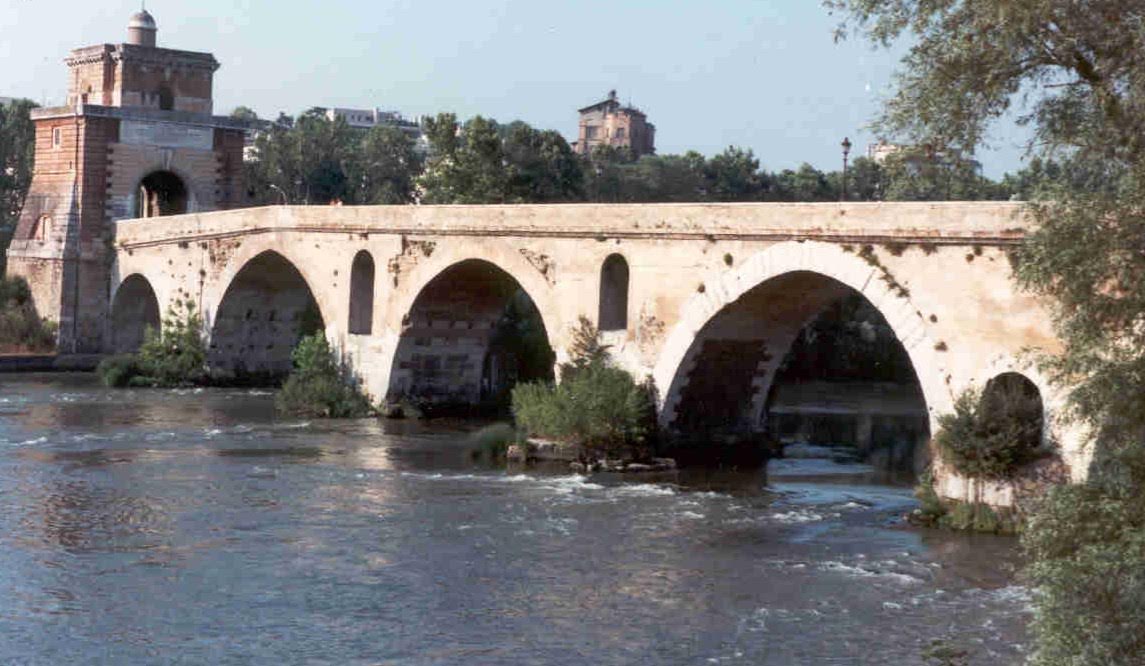 Pons Milvius (Ponte Milvio)
Ponte Milvio (Pons Milvius) was built in 220 BCE, following the opening of Via Flaminia. In 109 BCE the bridge was restored by the censor Marcus Aemilius Scaurus.

On October 28th 312, Ponte Milvio was the site of the famous battle between the emperors Constantine and Maxentius. The victory of Constantine led, the following year, to the promulgation of the Edict of Milan, which granted freedom of belief to Christians across the Roman Empire.

Ponte Milvio was remodelled by Pope Nicholas V (r. 1447-55), who added the watchtowers. The bridge was restored once again by Pope Pius VII (r. 1800-23), who commissioned the Roman architect Giuseppe Valadier (1762-1839) to erect the triumphal arch.

Only the three central arches of the bridge date back to the ancient Roman construction. 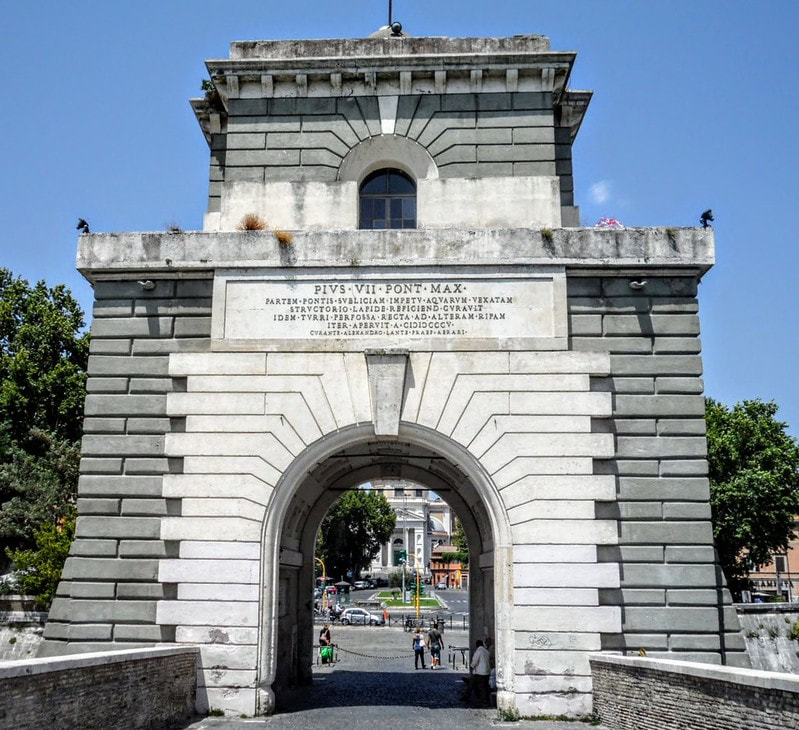