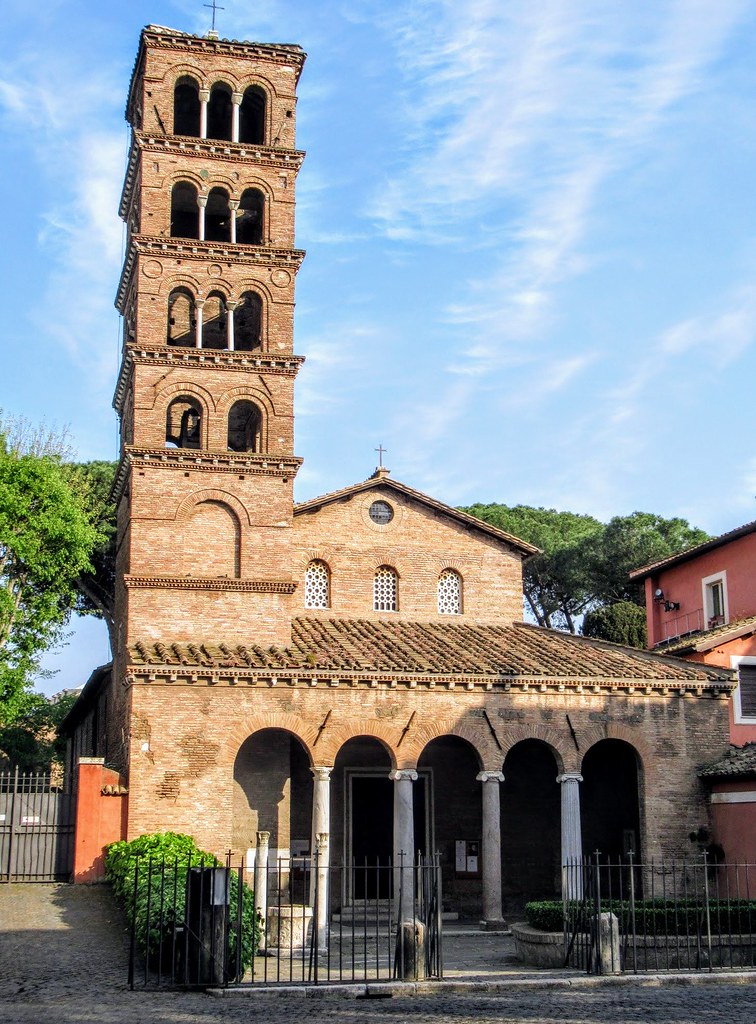 The nave is lined with a variety of ancient columns. It is thought that the frescoes (not in the best condition) date back to the 12th century.  ​

The apse is pierced by three selenite windows, which were added in the twentieth century. The fresco is by Federico Zuccari (1539-1609) and depicts St John the Evangelist. 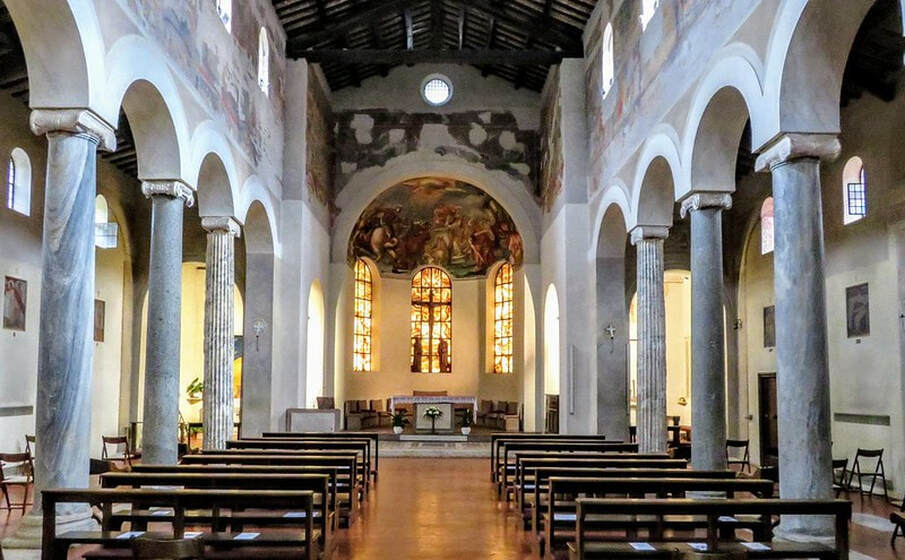 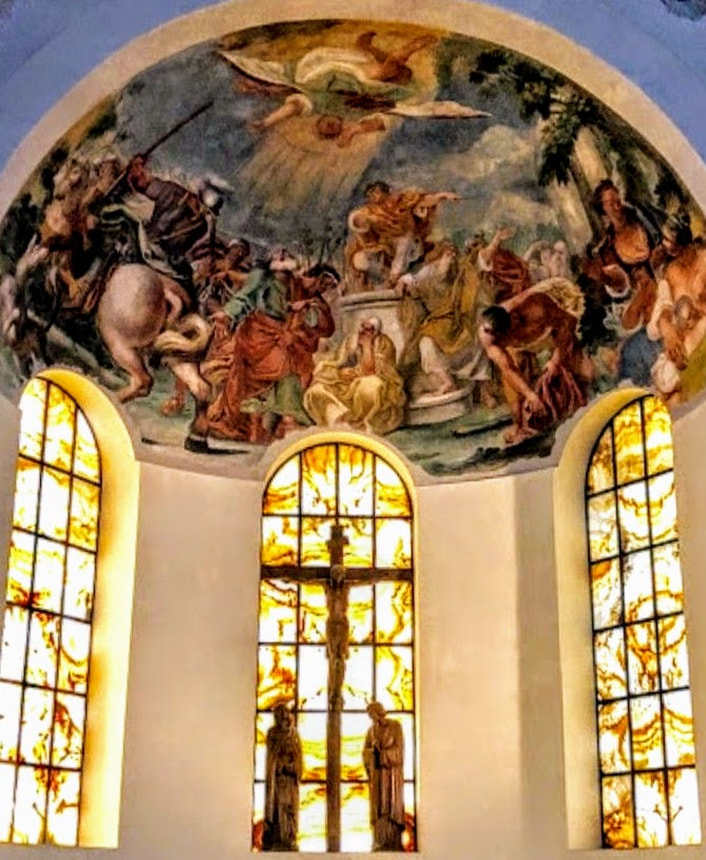 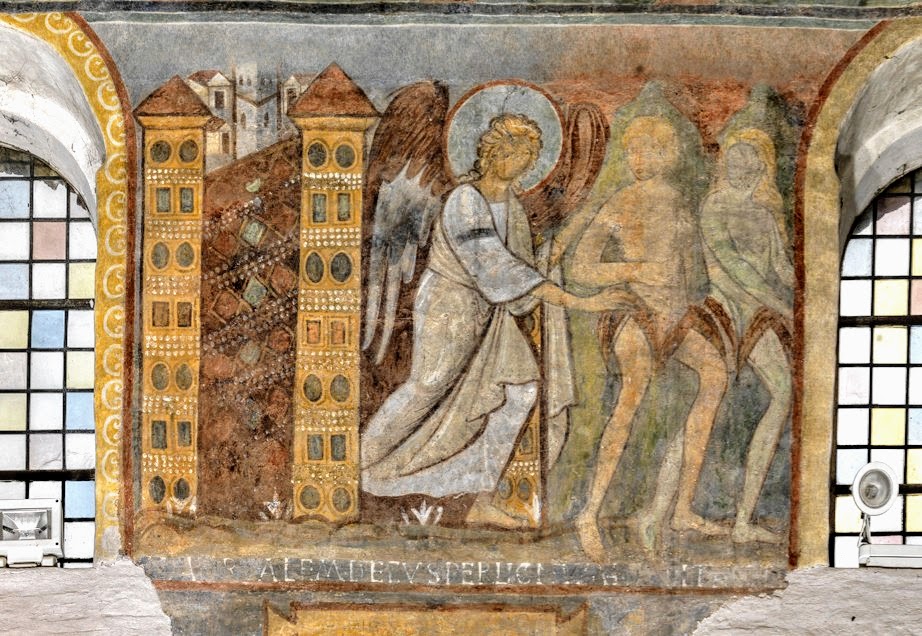 The Expulsion from the Garden of Eden