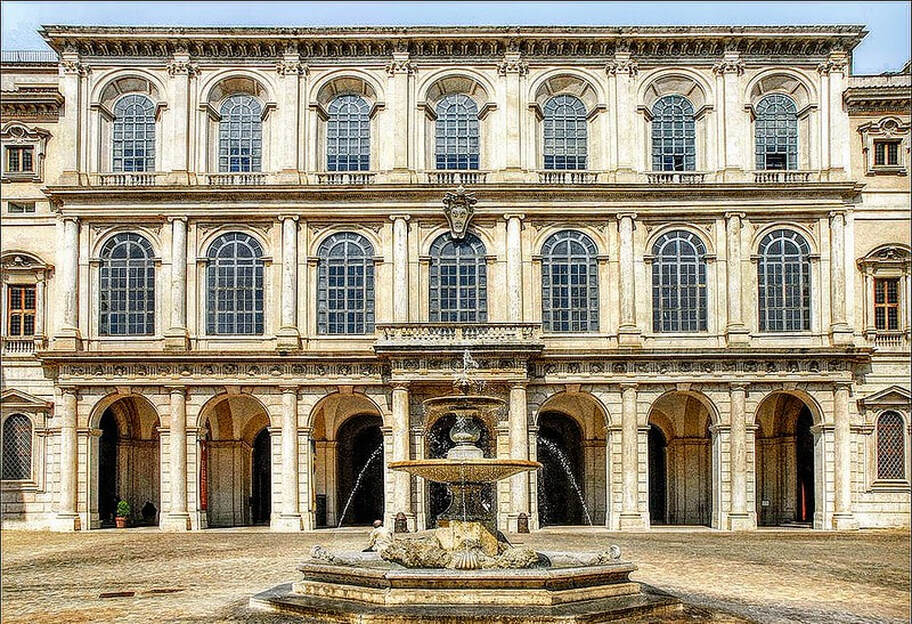 Palazzo Barberini
Palazzo Barberini was commissioned by Pope Urban VIII (r. 1623-44) and designed by the architect Carlo Maderno (1556-1629). Maderno was assisted by Francesco Borromini (1599-1667) and work began in 1627. But when Maderno died two years later, leaving the building unfinished, Borromini was passed over and the commission went to Gian Lorenzo Bernini (1598-1680).

Borromini, however, stayed on, albeit briefly; his greatest contribution was the oval staircase in the right wing. Palazzo Barberini was completed in 1633.

The huge fresco on the ceiling of the Sala Grande is Pietro da Cortona's masterpiece, the Triumph of Divine Providence (1633-39). At one end of the sky sits Divine Providence, while at the other end are five female figures, who hold aloft the papal keys and tiara. In the centre of the group are three golden bees. (Pope Urban VIII belonged to the Barberini family, whose coat of arms comprises a triad of bees.) 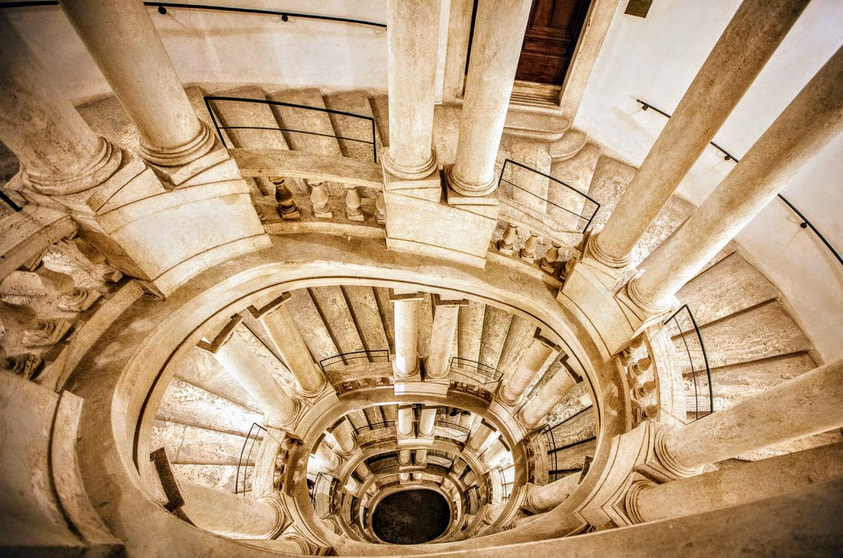 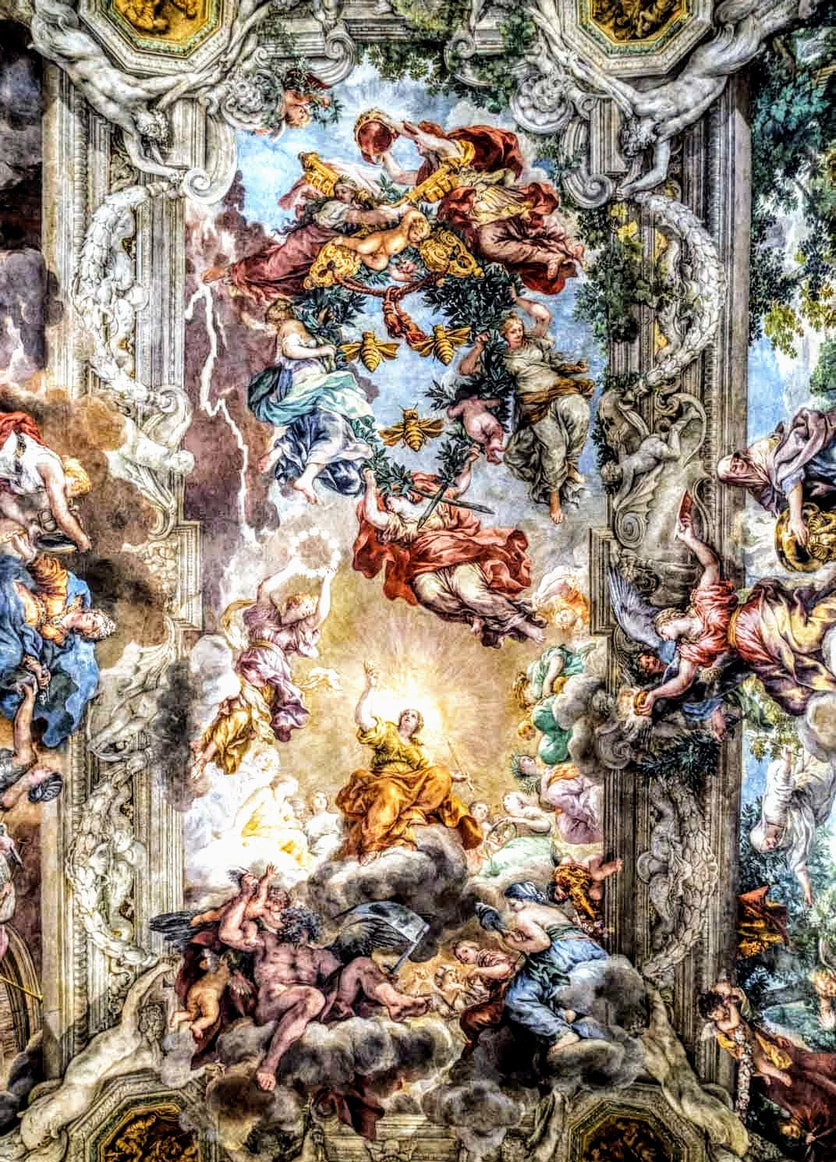