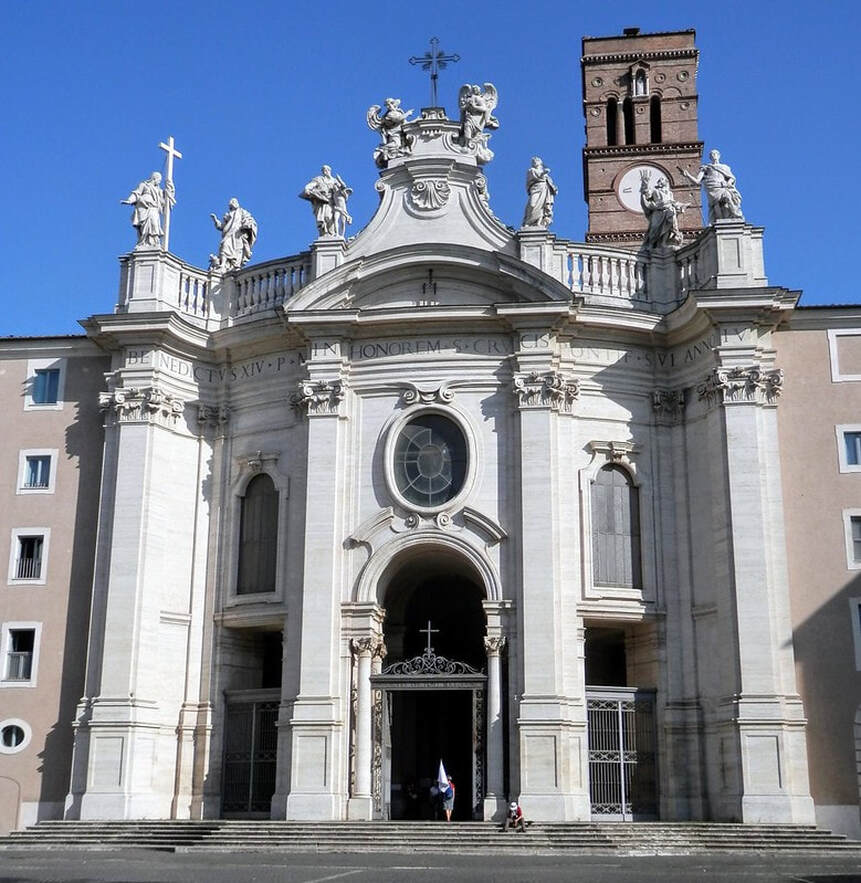 Santa Croce in Gerusalemme
The ancient church of Santa Croce in Gerusalemme stands on the site of the Sessorium, a large palatial complex where St. Helen lived. St Helen was the mother of the emperor Constantine (r. 306-37) and in the early 4th century, she went on a mission to Jerusalem to locate the cross on which Christ had been crucified. She returned bearing what she claimed to be the remains of the cross and other relics. According to tradition, a basilica was erected by Constantine, circa 326, to house them. It was originally called the Basilica Sessoriana.

The elegant facade sports statues of the four Evangelists, St Helen and Constantine the Great (the emperor is not recognised as a saint by the Roman Catholic church, but is venerated as such by the Orthodox church). It is crowned with two angels venerating the cross.

Santa Croce in Gerusalemme was rebuilt during the reign of Pope Lucius II (r. 1181-85), when the tall Romanesque bell tower was added. The church was completely transformed during the reign of Benedict XIV (r. 1740-58), who added the delightful façade, the work of Domenico Gregorini and Pietro Passalacqua.

The nave is separated from the aisles by eight granite columns, which were part of the original church. The heavily restored Cosmatesque pavement dates back to the 12th century. The beautiful baldacchino above the high altar is part of the 18th century renovations.

The 15th century fresco in the apse, which depicts a series of scenes relating to the legendary recovery of the True Cross, was once attributed to Pinturicchio, but is now ascribed to Antoniazzo Romano. In the centre of the apse, behind the altar, is the grand tomb of Cardinal Quiñones, who died in 1540. It is the work of Jacopo Sansovino.

The wooden vault of the nave sports the coat of arms of Pope Benedict XIV and a painting of the Virgin Mary Presenting St Helena and Emperor Constantine to the Trinity (1744), the work of Corrado Giaquinto (1703-66).

At the end of the left aisle is the approach to the Chapel of Relics (1930-52), the work of Florestano di Fausto (1890-1965). In addition to what is believed to be fragments of the True Cross, the chapel is home to one of the nails used to attach Christ to the cross, two thorns from Christ's crown, a fragment of the titulus that hung at the top of the cross, and one of the thirty pieces of silver that Judas was paid.

A stepped ramp at the end of the right aisle leads down to the Chapel of St Helen, which lies at the original level of the Sessorium. The statue of St Helen has been adapted from an ancient statue of the goddess Juno, which was unearthed at Ostia Antica. The mosaic, the design of which had been attributed to Melozzo da Forli (1438-94), depicts Christ and the four Evangelists, St Peter and St Paul, St Helen and Cardinal Caravajal, and Pope St Silvester I.
Gallery 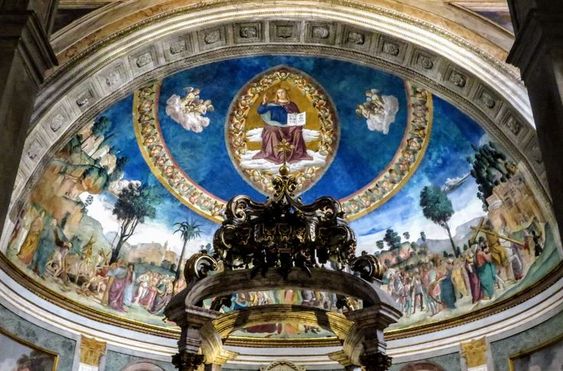 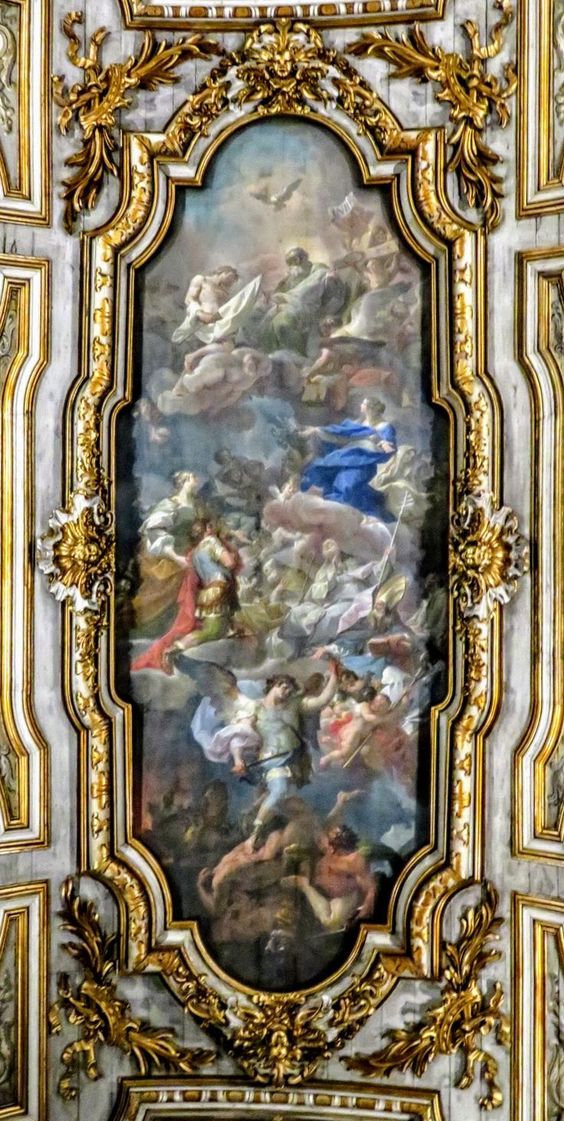 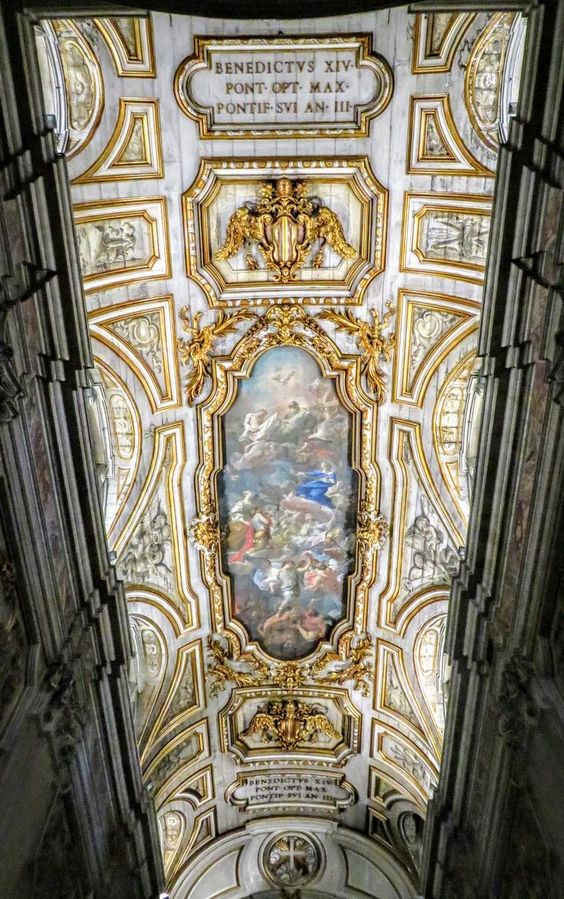 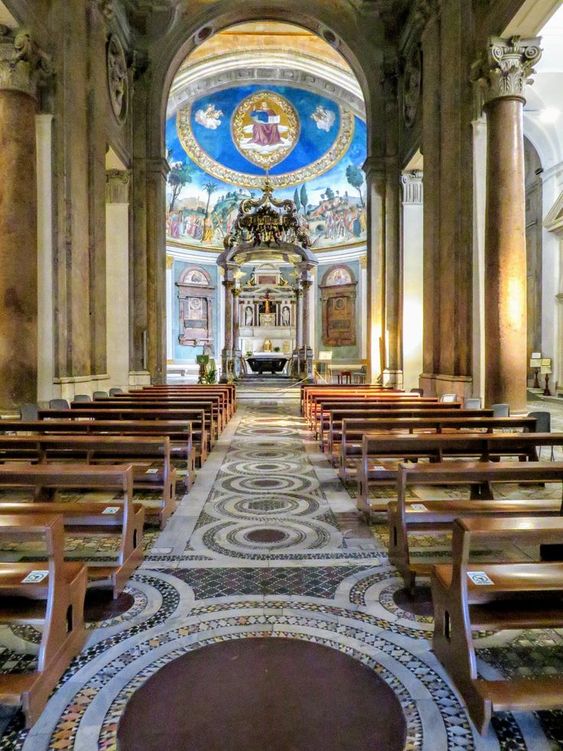 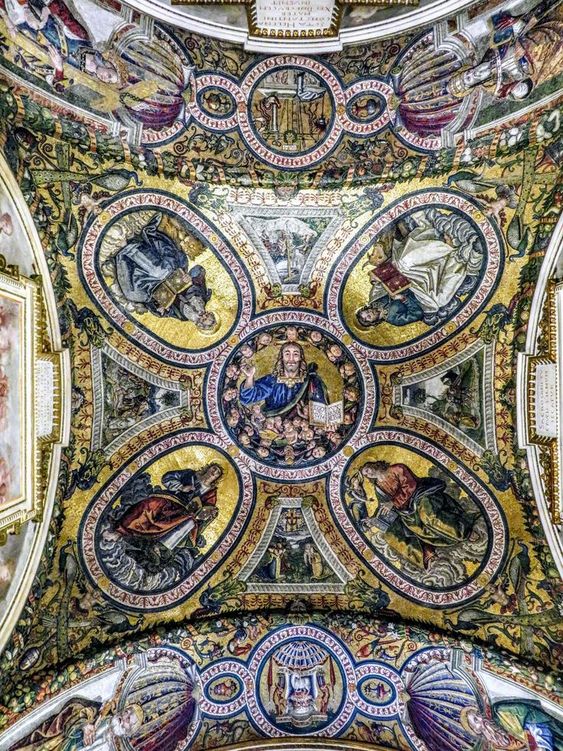 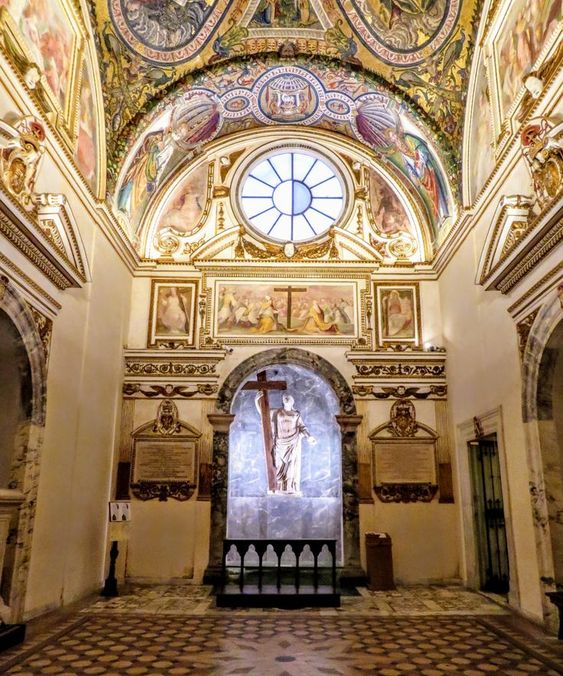 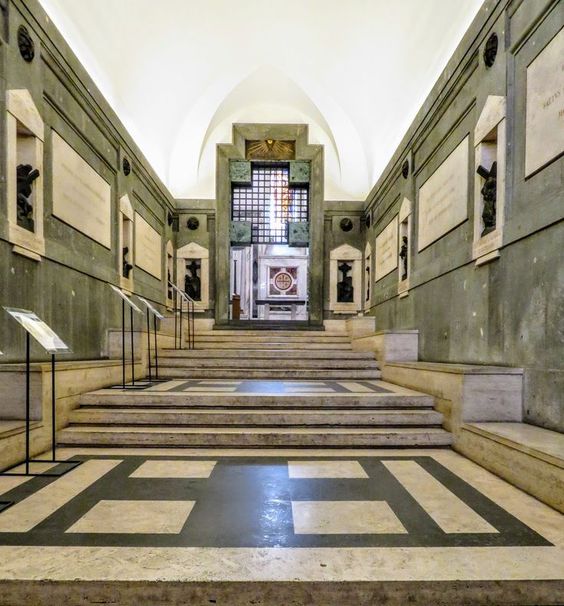 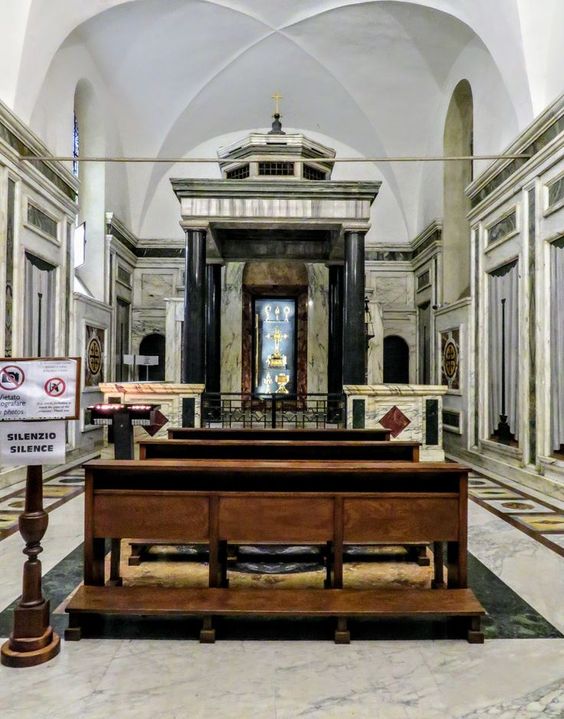 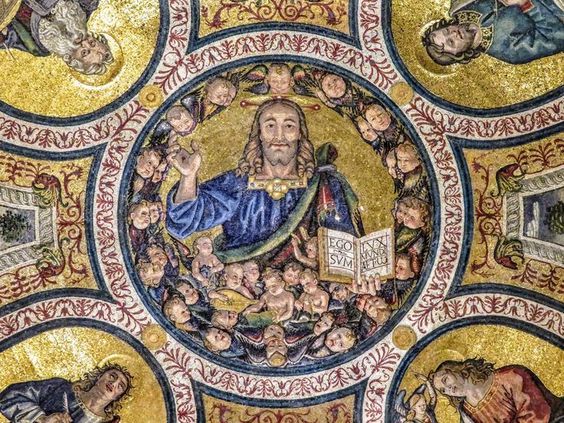 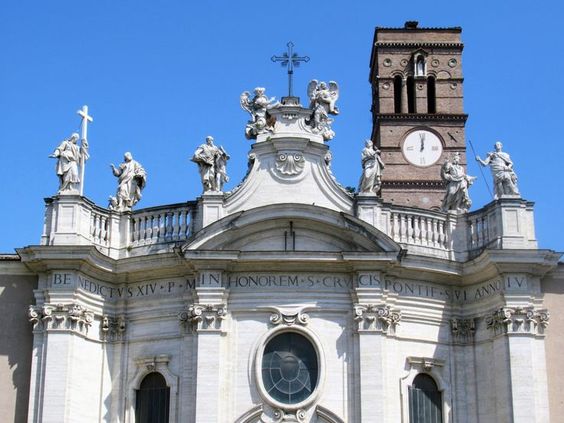