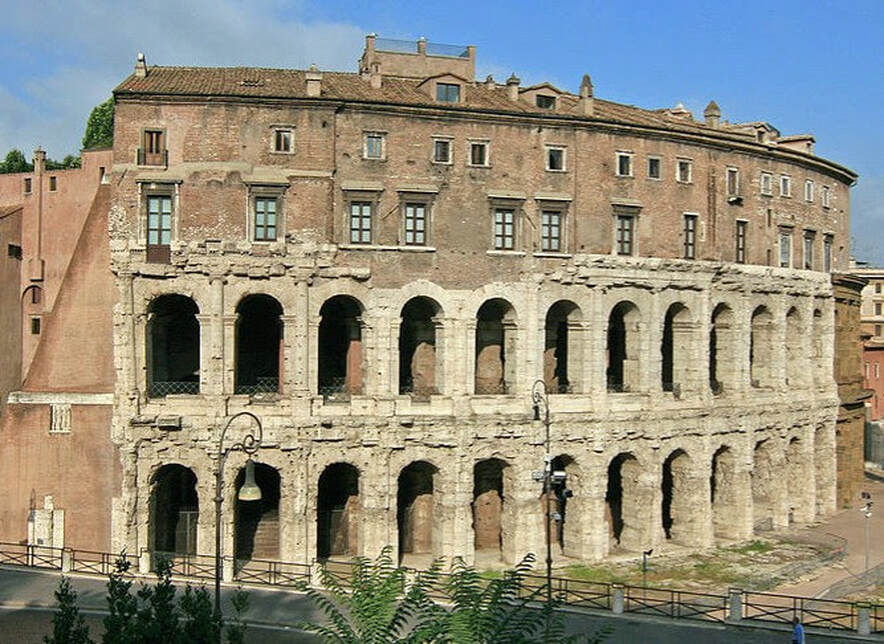 Caesar, however, died before the work was finished and it was completed, circa 13 BCE, by the emperor Augustus (r. 27 BCE-14 CE), who named it after his nephew Marcellus, who had died in 23 BCE, not yet twenty years old. Marcellus had been married to Augustus' daughter Julia. In the absence of any male children of his own, Augustus had probably intended him to be his heir.

Situated between the Circus Flaminius and the Temple of Apollo, the theatre held in the region of 20,000 spectators. What we see today represents about a third of the original structure, which was made up of two superimposed arcades, Doric on the ground floor and Ionic on the first floor. There was also an attic storey, which was probably just a plain wall with flat pilasters.

In the 11th and 12th centuries, what was left of the theatre was fortified by the Pierleone family before passing to the Savelli family, who employed the Renaissance architect Baldassare Peruzzi to transform it into a residence. In time the palazzo passed to the Orsini family, whose heraldic bears, entangled in ivy, can still be seen.