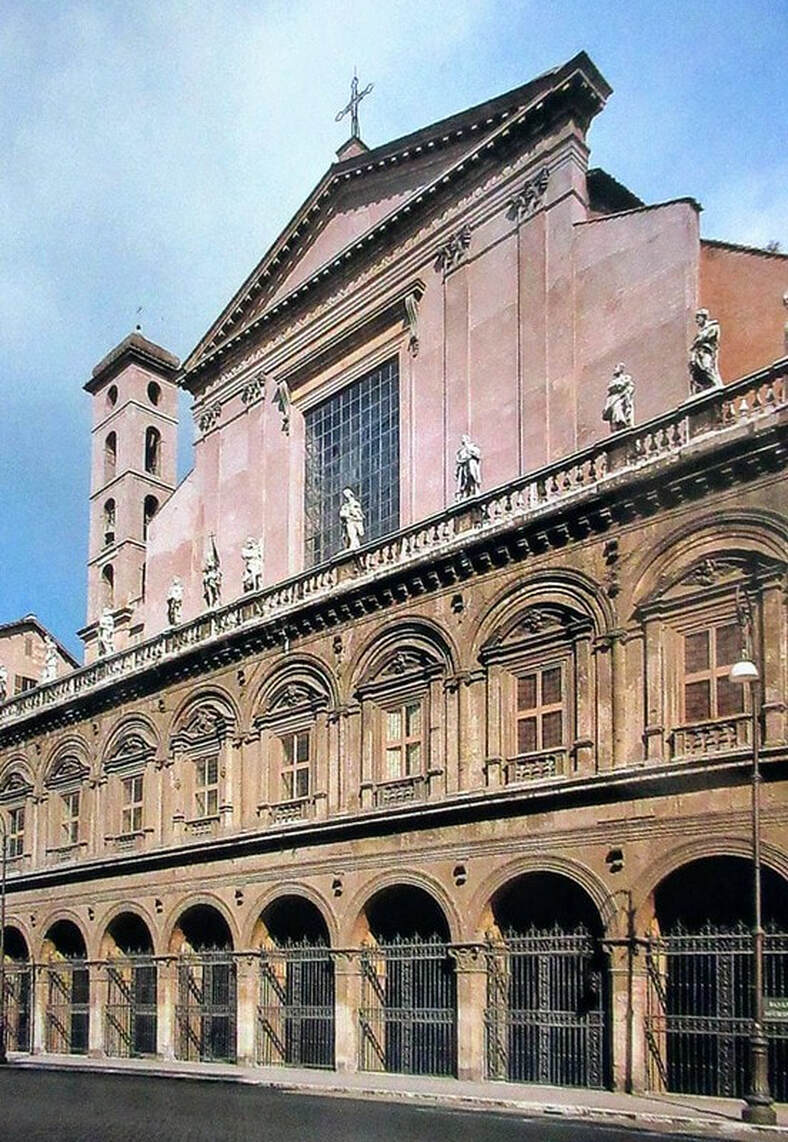 Santi XII Apostoli
The ancient church of Santi XII Apostoli (Twelve Holy Apostles), better known as Santi Apostoli, was founded by Pope Pelagius I (r. 556-61). It was restored and enlarged during the 15th century and almost completely rebuilt at the beginning of the 18th century by Carlo Fontana (1638-1714).

The grand facade of Santi Apostoli is a mixture of styles. The double loggia is attributed to Bacio Pontelli (c. 1450-92) and was built at the expense of Cardinal Giuliano della Rovere (later Pope Julius II, r. 1503-13). The Baroque windows were added (c. 1665) by Carlo Rainaldi, who also designed the balustrade, on which stand statues of Christ and the Apostles. The Neo-classical upper facade was added in 1827 by the Roman architect Giuseppe Valadier (1762-1839).

In the left wall of the portico is the tomb (1807) of the engraver Giovanni Volpato (1735-1803), the work of his much more famous pupil the sculptor Antonio Canova (1757-1822). On the right wall is a 2nd century bas-relief of an eagle and an oak-wreath, which was unearthed in Trajan's Forum.

The cavernous interior of the church is distinguished by an exceptionally broad nave. The fresco in the centre of the ceiling is a late work by Giovanni Battista Gaulli (1639-1709), better known as il Baciccia, and depicts the Triumph of the Order of St Francis (1707).

The altarpiece in the sanctuary depicts the Martyrdom of St Philip and St James (1704). Thought to be the largest in Rome (14 m by 6.5 m), it is the work of Domenico Muratori (1661-1744). In the vault above the high altar is a painting of the Fallen Angels by Giovanni Odazzi (1663-1731).
​
Steps in front of the sanctuary lead down to the confessio, where the relics of St James and St Philip are preserved. The crypt is also the location of the beautiful tomb of Raffaele della Rovere (brother of Pope Sixtus IV and father of Pope Julius II), who died in 1477. The tomb has been attributed to the sculptor Andrea Bregno (1418-1506). 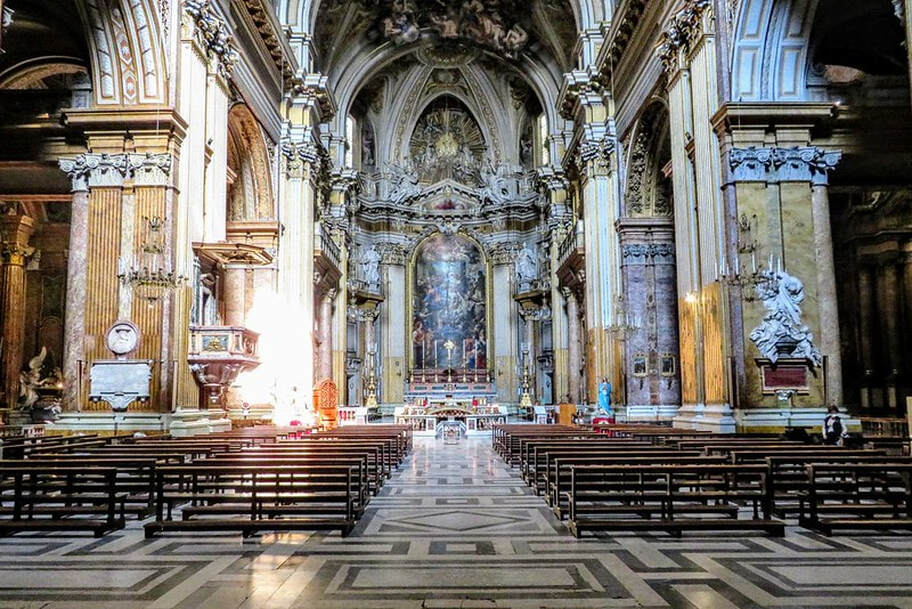 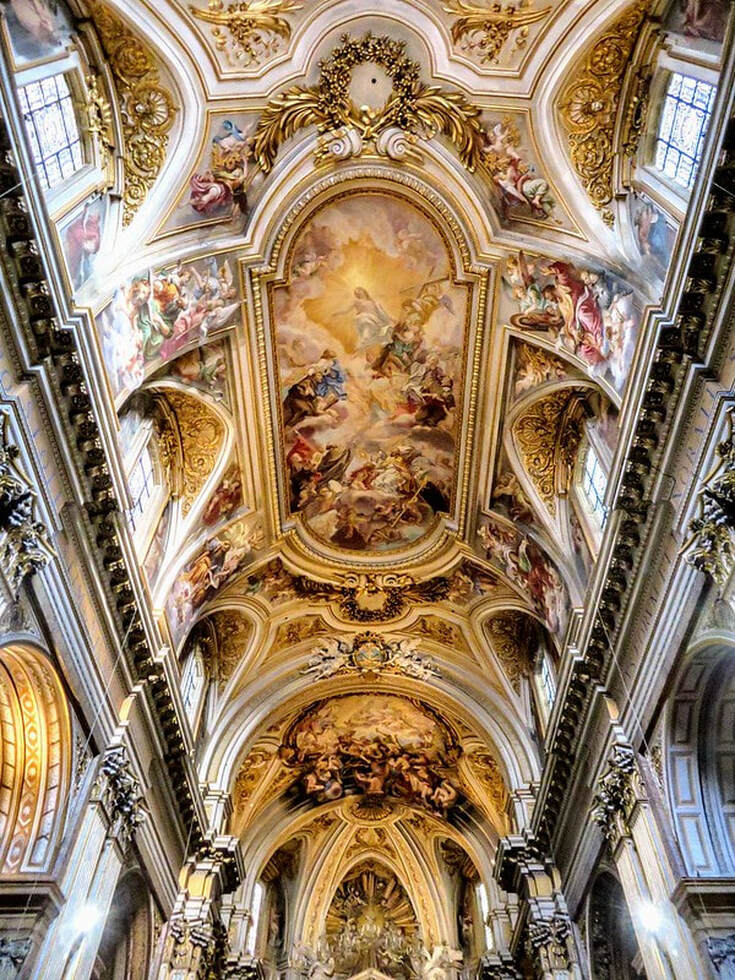 Vault of the nave 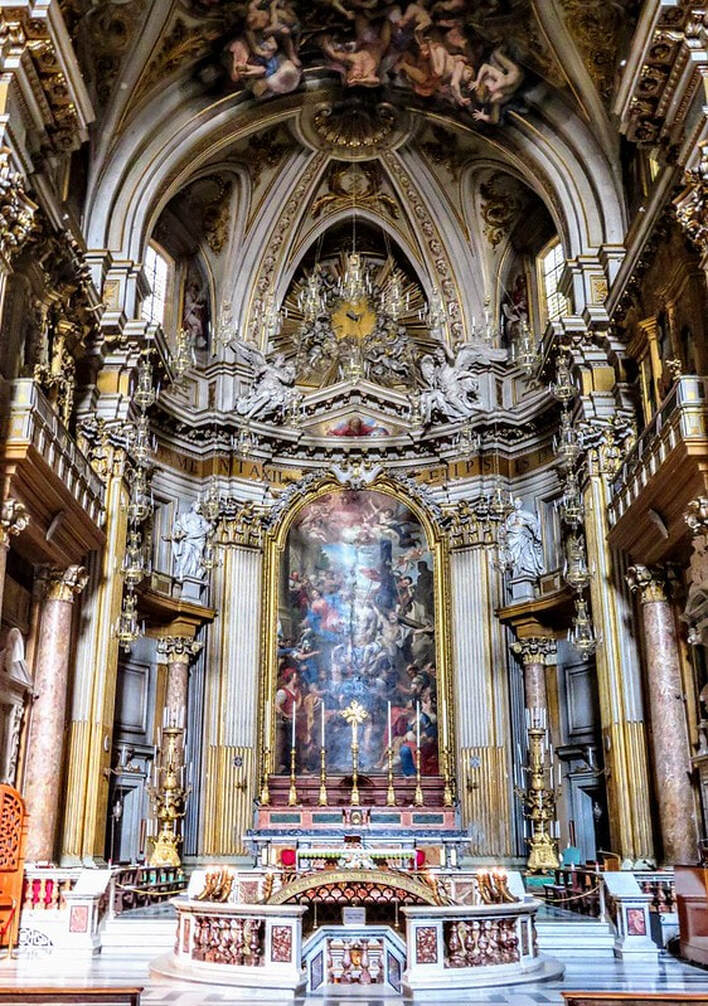 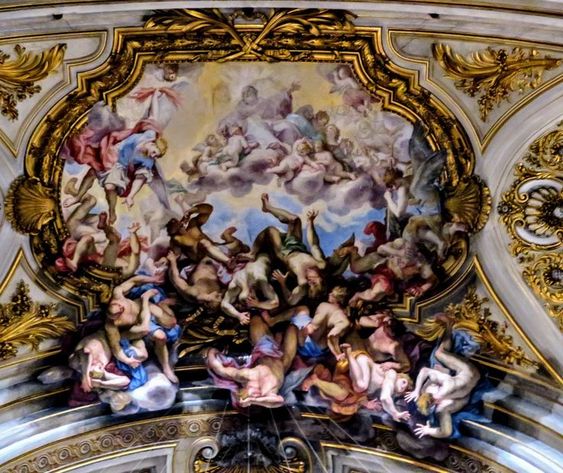 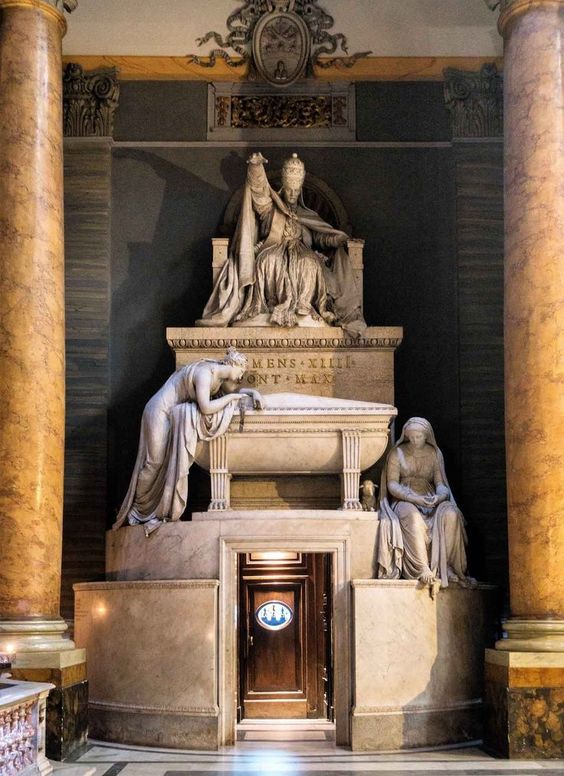 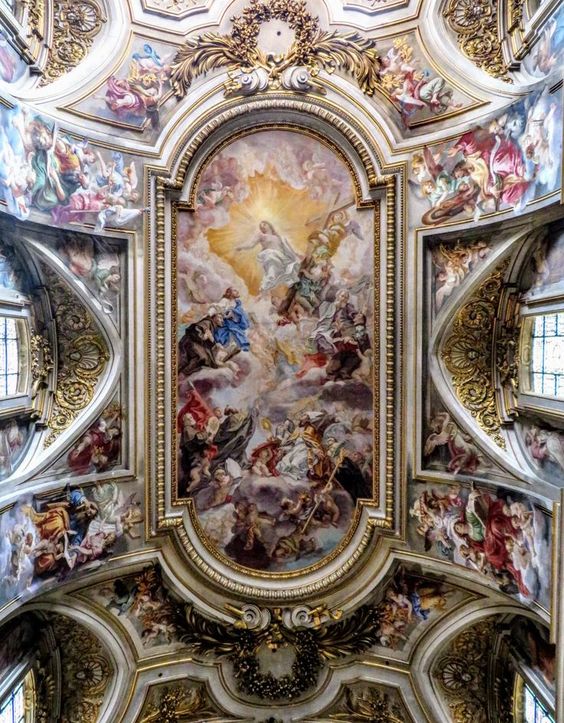 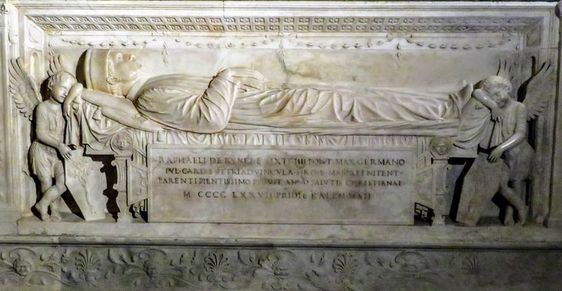 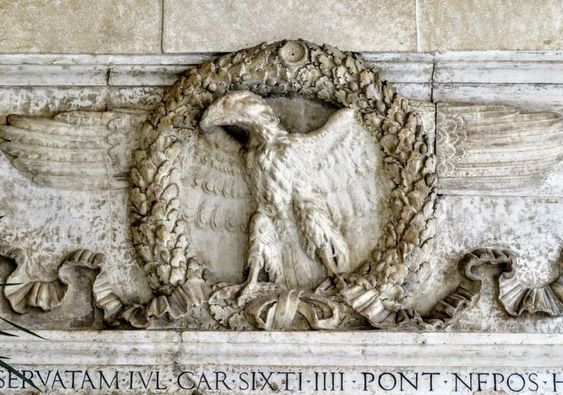 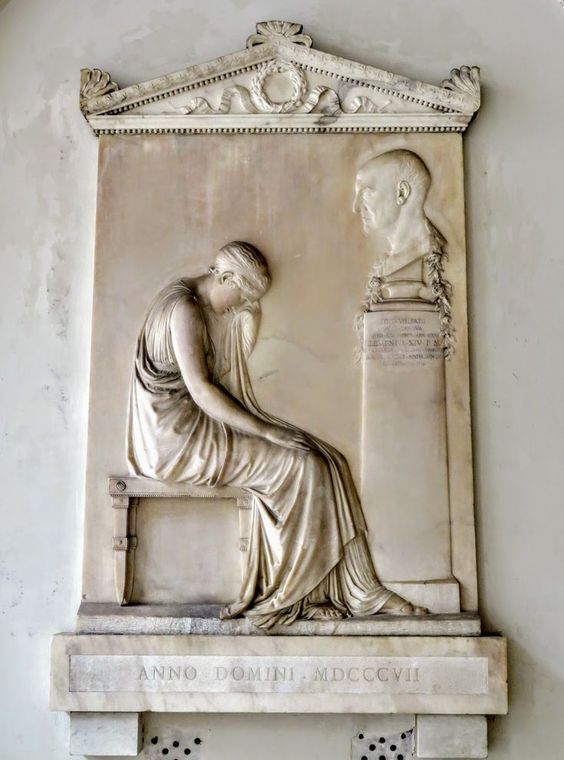 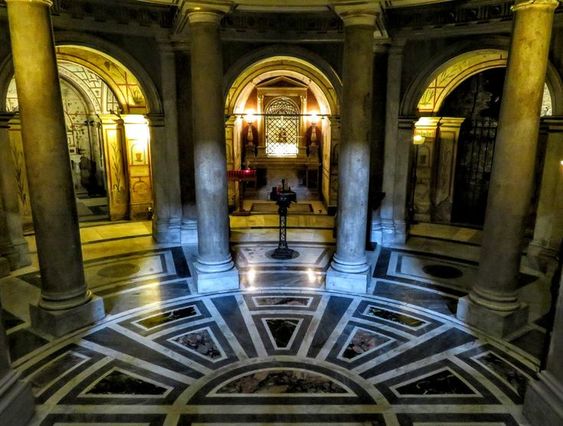