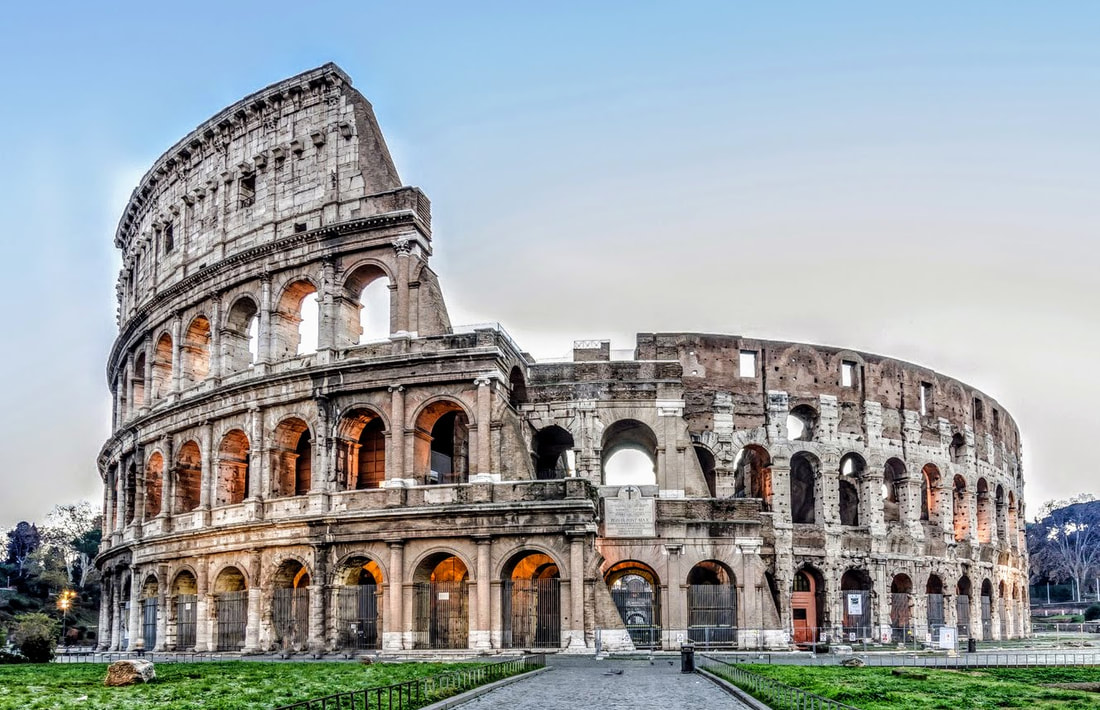 The Colosseum
The Colosseum is the most famous amphitheatre in the world, as well as the largest. It was begun by the emperor Vespasian ( r. 69-79), circa 70 CE, and completed by his son and heir Titus (r. 79-81) some ten years later.

In his poem Childe Harold's Pilgrimage (1818) Lord Byron describes the Colosseum as a 'vast and wondrous monument...a ruin-yet what a ruin.' The north-east side is the only part of that survives intact. Rising to a height of 47 metres it is made up of four storeys. The first three storeys have rows of arches with engaged columns. The arches of the second and third storeys were once adorned with statues, all of which disappeared centuries ago.

The ground-plan of the Colosseum is oval-shaped, 189 metres long and 156 metres wide. Its circumference is 545 metres and it sits on a concrete platform 13 metres deep.

The Colosseum could seat roughly 50,000 spectators. In the centre was the arena (83 m by 48 m), so called because the wooden floor was covered with a thick layer of sand (harenae in Latin).
Gallery 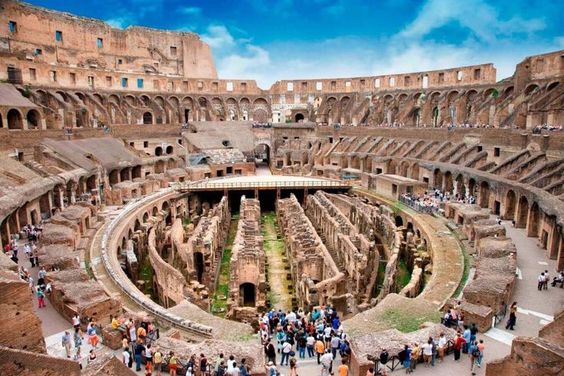 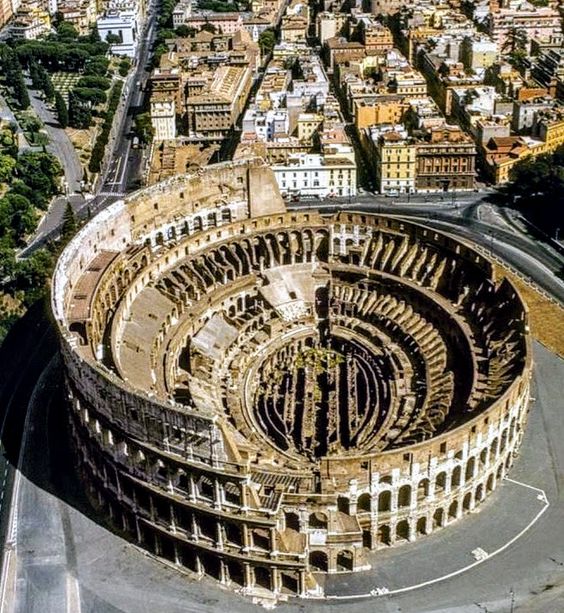