Monument to Queen Christina of Sweden 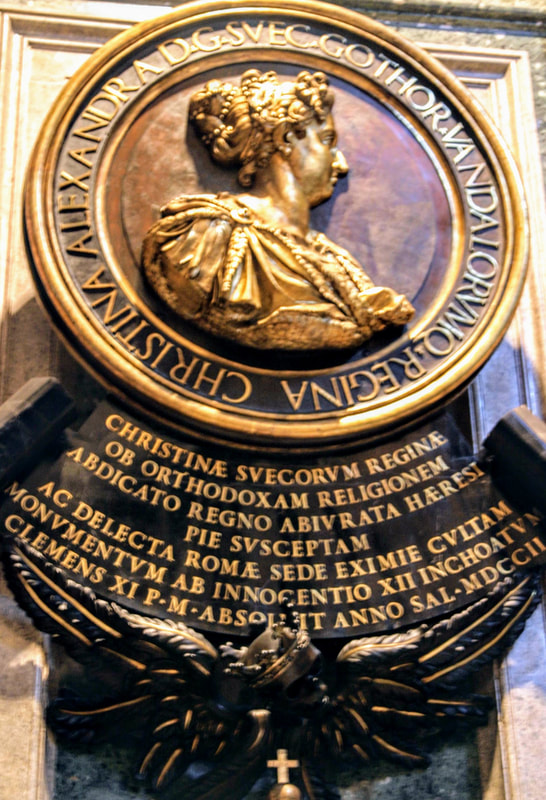 Queen Christina (1626-89) is one of only three women to be honoured with a monument in the basilica. Christina ruled Sweden, a Protestant country, until her conversion to Catholicism obliged her to give up the throne. Shortly after her abdication, in 1654, Queen Christina (she had been given the right to keep her royal title) moved to Rome, where she shocked society with her eccentric and unconventional behaviour.
​
Queen Christina is depicted in a bronze medallion, which is supported by a crowned skull. The relief at the front of the urn depicts the queen relinquishing her throne. 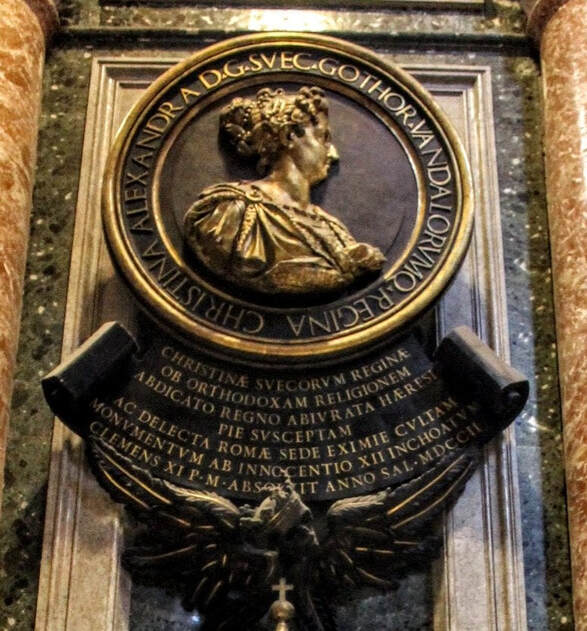