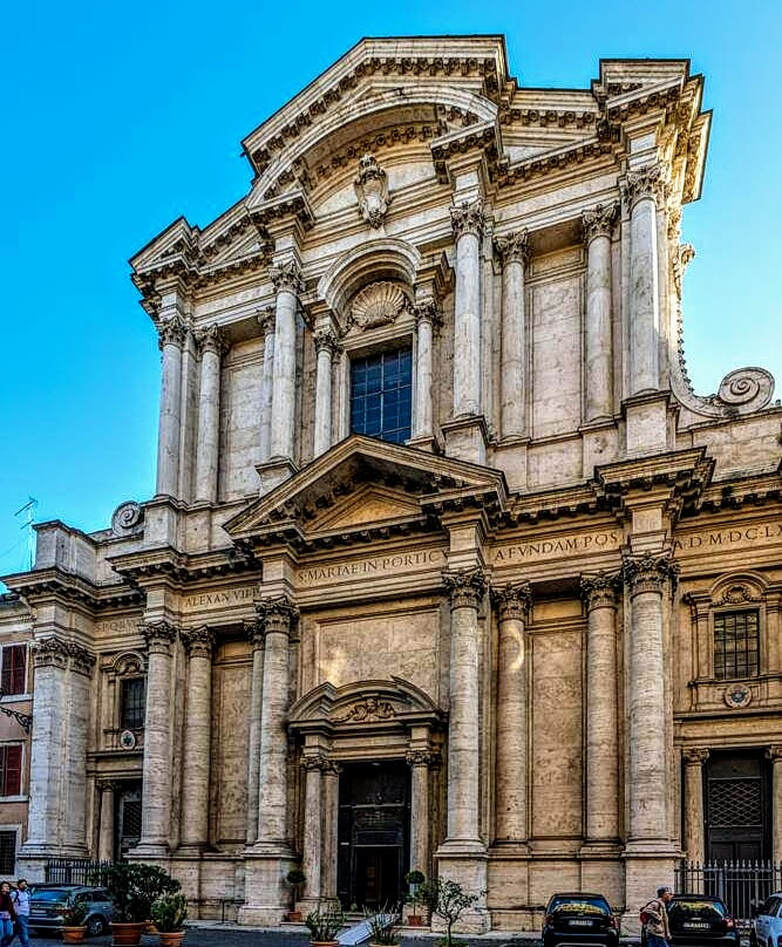 The beautiful silver-gilt and enamel icon, known as the Madonna del Portico, which is thought to date from the 13th century, sits above the high altar in a huge gloria, a dramatic burst of golden rays. The icon is only 10 inches (25 cm) high, which makes it difficult to see from the nave. The high altar has been attributed to Giovanni Antonio de Rossi with help from Ercole Ferrata and Johann Paul Schor.

The first chapel on the left is the Cappella Altieri, which is dedicated to St Joseph and Blessed Ludovica Albertoni. The fine marble altarpiece is by Lorenzo Ottoni and depicts the Holy Family appearing to Blessed Ludovica Albertoni in a Vision. The identical tombs on the side walls belong to Angelo Altieri and his wife Vittoria Parabiacchi. Each tomb bears just a single word: NIHIL (nothing) and VMBRA (shadow).

The second chapel is dedicated to San Giovanni Leonardi (1541-1609), the founder of the Clerks Regular of the Mother of God (Ordo Clericorum Regularium Matris Dei), who is enshrined in front of the altar. However, it was originally dedicated to St John the Baptist, as is clear from its decoration. The chapel, which was designed by Giovanni Battista Contini, was commissioned by Paluzzo Paluzzi Altieri degli Albertoni, an adopted nephew of Pope Clement X (r. 1670-76), who died in 1698. The vault fresco of St John the Baptist in Glory (1683) is by Giacinto Calandrucci. The altarpiece depicts the Apotheosis of San Giovanni Leonardi (1860) by Marcello Sozzi. However, the ribbon inscription still proclaims: NON SVRREXIT MAIOR IOANNE BAPTISTA. 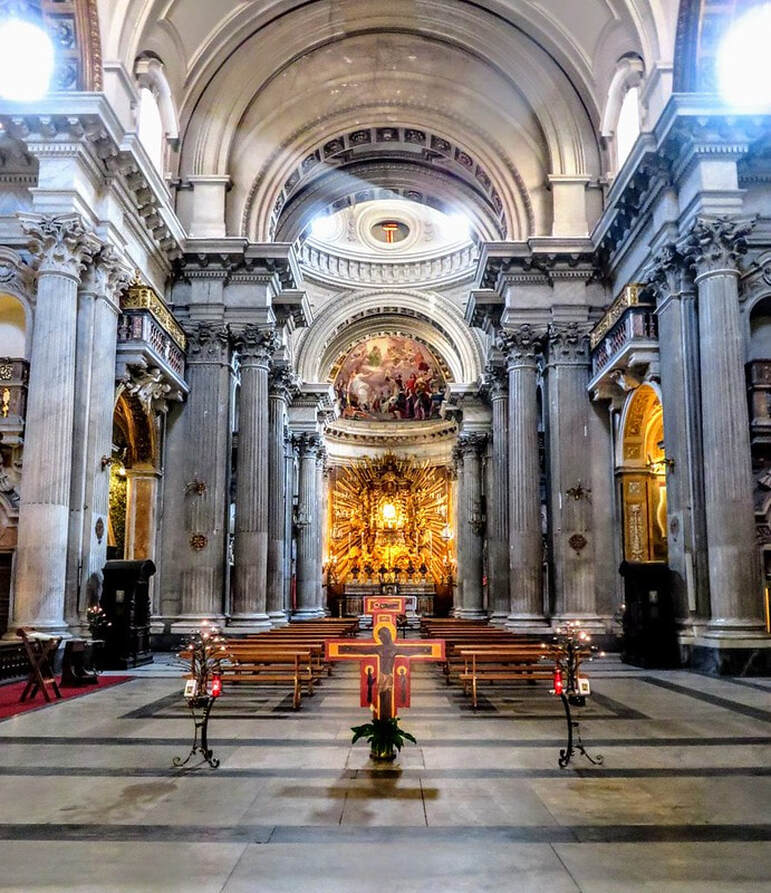 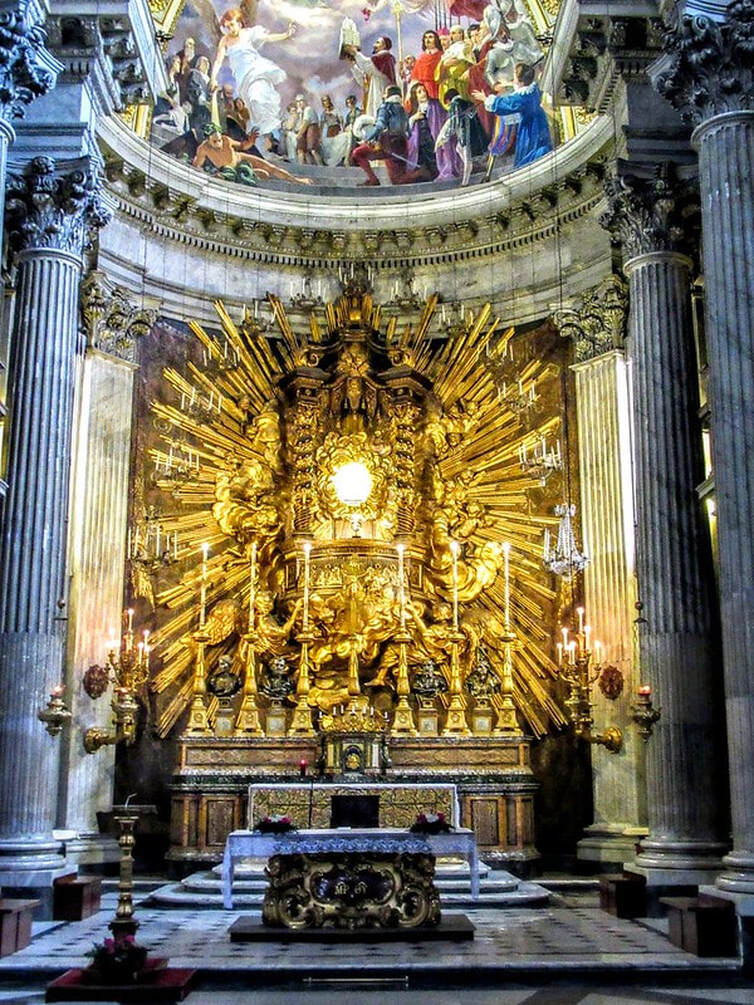 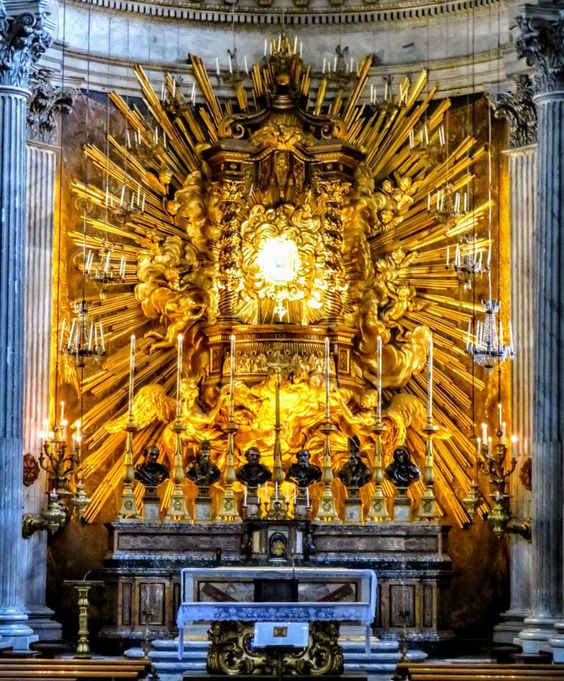 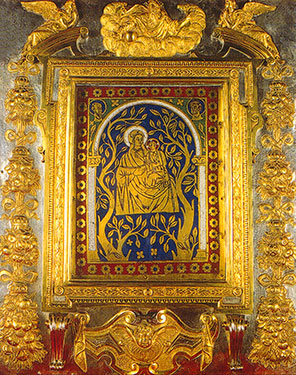 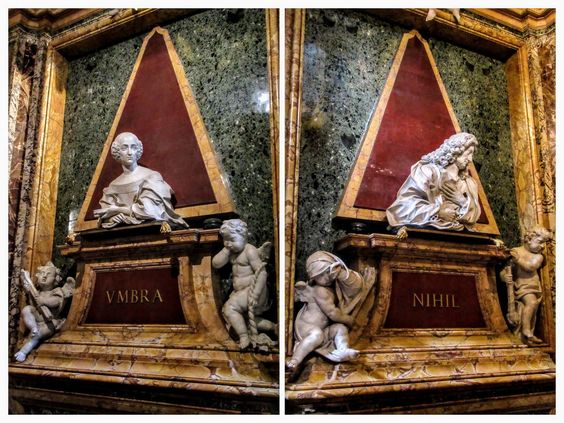 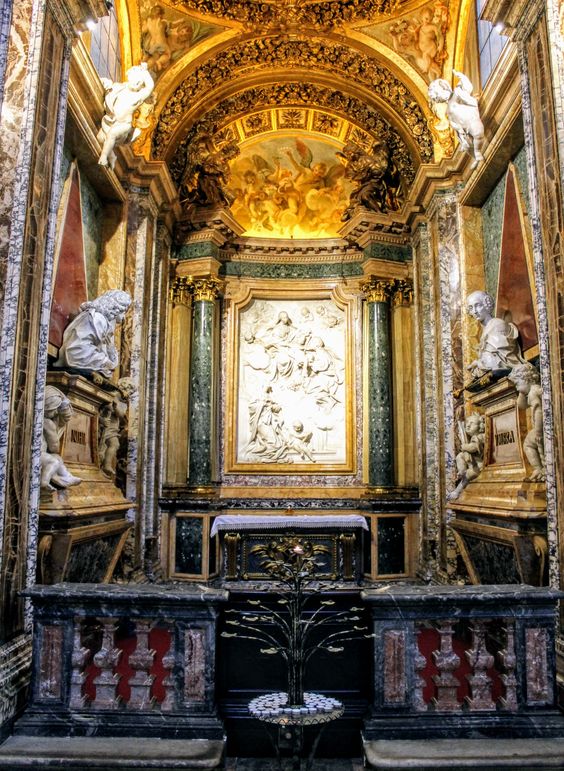 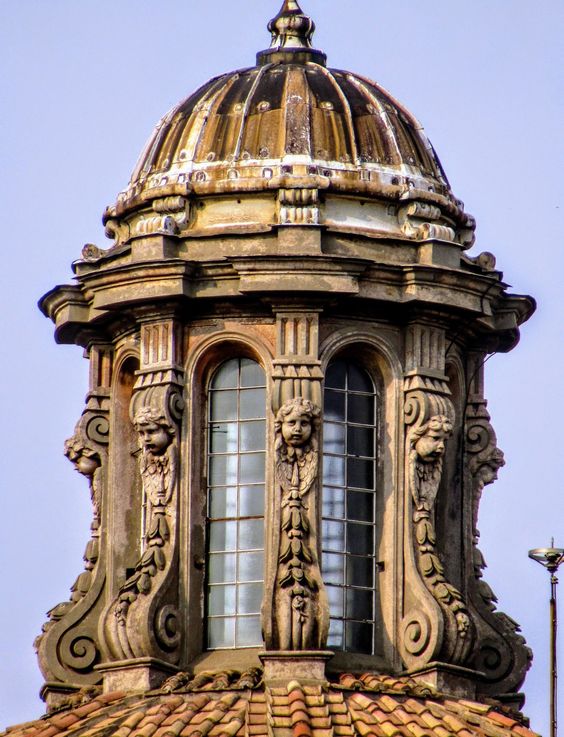 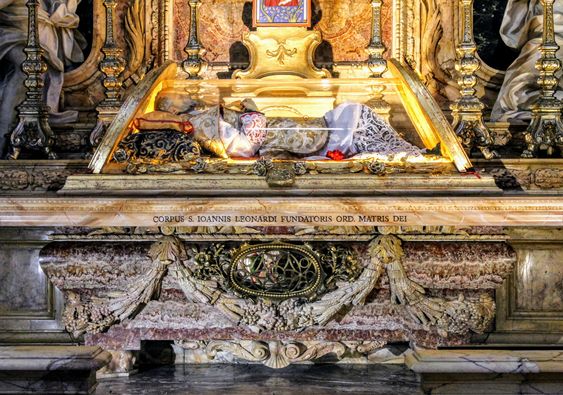