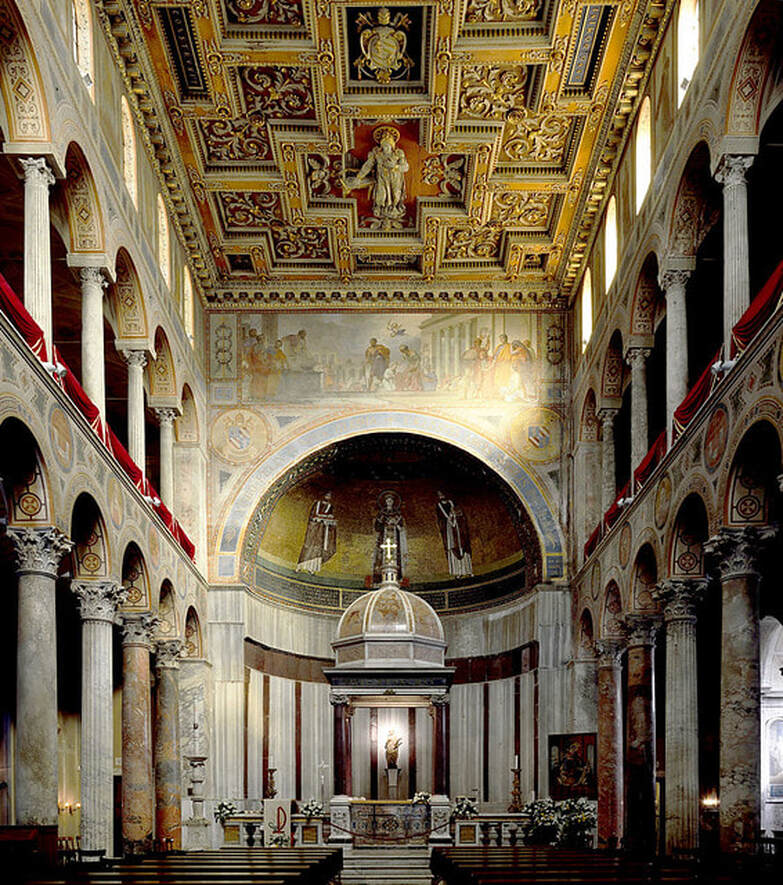 Nave
The church of Sant' Agnese fuori le Mura (St Agnes Outside the Walls) was built during the reign of Pope Honorius I (r. 625-38) over the catacombs where Saint Agnes was buried. Although the church was subsequently restored on several occasions, it retains many of its original features.
​
The beautiful apse mosaic, for instance, survives and depicts St Agnes flanked by two male figures. Although the men are not identified (unlike St Agnes), it is safe to assume the figure on the left, who holds a model of a church, is Pope Honorius. The figure on the right, who holds a bejewelled book, is commonly identified as Pope Symmachus (r. 498-514). Both men are tonsured and each sports an elegant pair of campagi, a type of ecclesiastical sandal.

Wearing a crown, St Agnes stands on a small platform, from which issue bursts of flames (her funeral pyre?). Over her left arm is draped a white towel or scarf, and she holds, in both hands, a scroll sealed with a cross.
Gallery 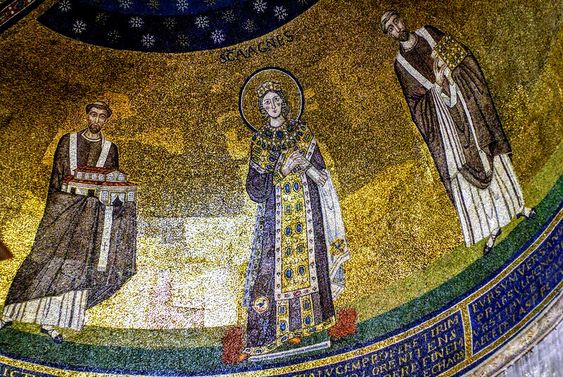 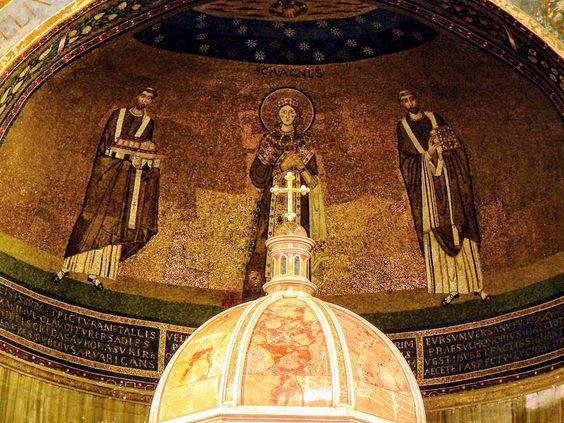