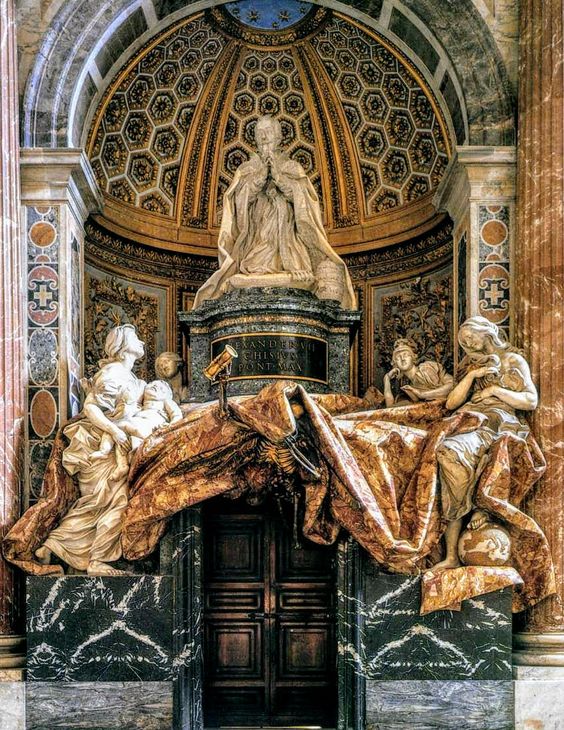 The monument to Pope Alexander VII, which is the work of Gian Lorenzo Bernini (1598-1680), is situated above a door which is cleverly incorporated into the overall design. This was the first monument in the basilica to use such a conceit.

Pope Alexander VII is depicted kneeling in prayer, his papal tiara at his side. Beneath him a skeleton, its head hidden, brandishes an hourglass. The door is flanked by statues of Charity, bearing a baby in her arms, and Truth, who places her foot on a globe. She places her toe precisely on England, which the pope had hoped to bring back into the fold of the Catholic Church. The figures in the background represent Prudence and Justice.
​
The realisation of the drapery is a tour de force example of the art of marble veneering. The drapery might look as if it was carved from solid marble, but it is, in fact, only made up of thin veneers of marble attached to a core of travertine.