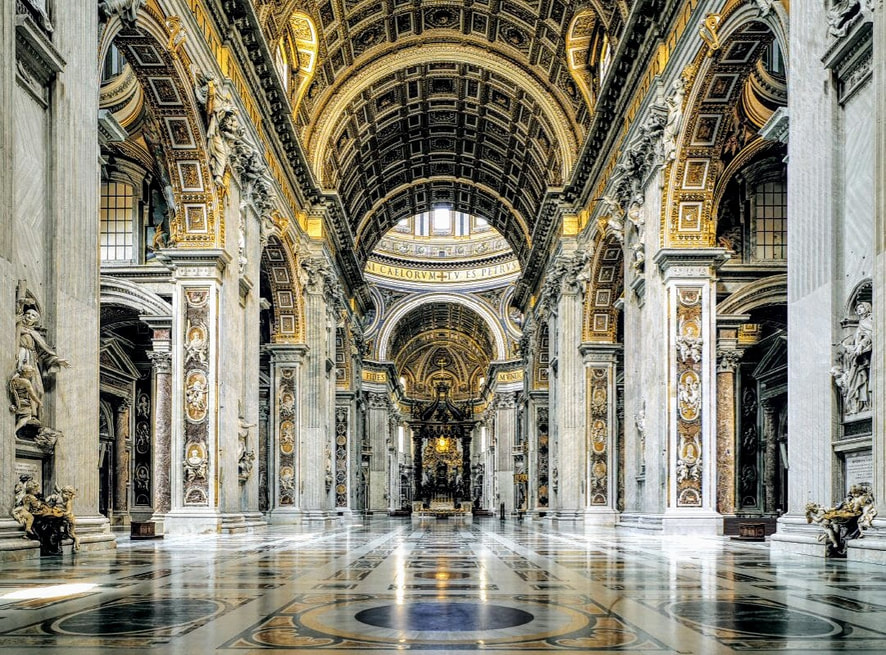 The nave is 90 m long, 26 m wide and 44.5 m high. It consists of four bays, which are divided by pairs of marble pilasters, 25 m high. Between each pair of pilasters are two niches, which house statues of the sainted founders of religious orders. Personifications of the Virtues occupy the spandrels of the bay arches.
​
The image of the dove with a sprig of laurel in its beak, which we see at the top and bottom of each pilaster, belongs to the coat of arms of Pope Innocent X (r. 1644-55), a member of the Pamphilj family, who commissioned the decoration of the nave. There is also a huge image of his coat of arms embedded in the marble pavement in the centre of the nave.

The Latin inscription, which starts above the statue of St Peter and runs around the top of the nave, declares: ‘QVODCVMQVE LIGAVERIS SVPERTERRAM ERIT LIGATUM ET IN COELIS ET QVODCUMQVE SOLVERIS SVPERTERRAM ERIT SOLVTVM ET IN COELIS EGO ROGAVI PRO TE O PETRE VT NON DEFICIAT FIDES TVA ET TV ALIQUANDO CONVERSES CONFIRMA FRATRES TVOS’ (‘Whatsoever thou shalt bind on earth shall be bound also in Heaven and whatsoever thou shalt loose on earth shall be loosed also in Heaven. I have prayed for thee O Peter, that thy faith fail not: and when thou art converted, strengthen thy brethren’). The text is adapted from the gospels of St Luke (22.32) and St Matthew (16:19).

The two holy-water stoups were commissioned by Pope Benedict XIII (r. 1724-30) and designed by Agostino Cornacchini (1686-1754). The shells of yellow marble are the work of Giuseppe Lirone, while the chubby cherubs were carved by Francesco Moderati and Giovanni Battista de Rossi.

St Peter's Basilica is the largest church in the world, a fact it chooses to proclaim in the very fabric of the building. Embedded into the pavement of the nave are a series of markers that compare the size of the basilica, in terms of its length (186.36 m), with that of a number of other churches.

A few feet in front of the central door is a large, red porphyry disc, one of a total of six, which once ran up the centre of the nave in the old basilica. Five of the discs have disappeared and the one which has survived would originally have been located in front of the main altar. It was on this stone that Charlemagne, the first Holy Roman Emperor, knelt to be crowned by Pope Leo III (r. 795-816) on Christmas Eve, 800. Another fifteen emperors would be crowned on the same disc. By the time the present basilica was built such coronations had come to an end. 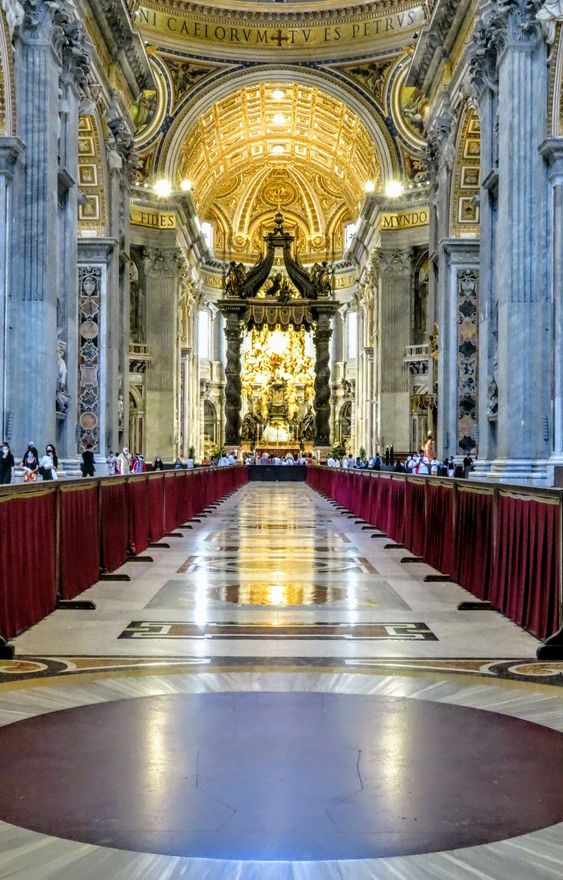 Porphyry disc in the nave 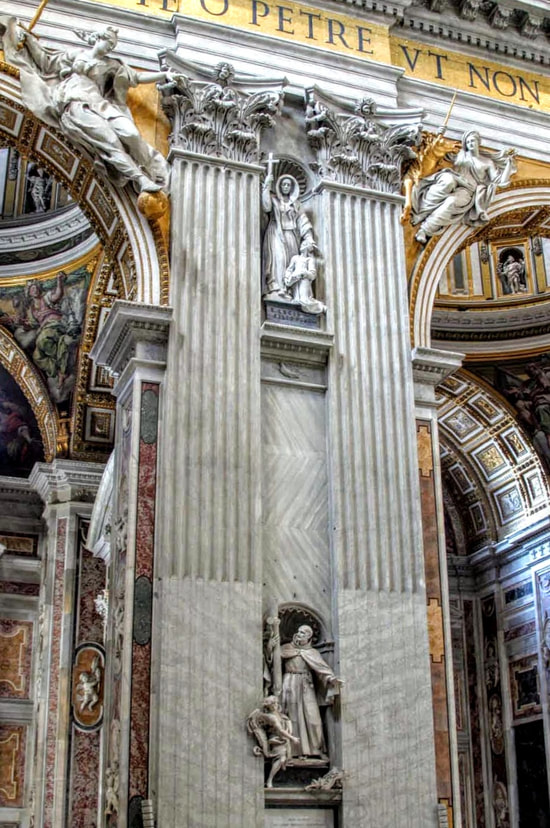 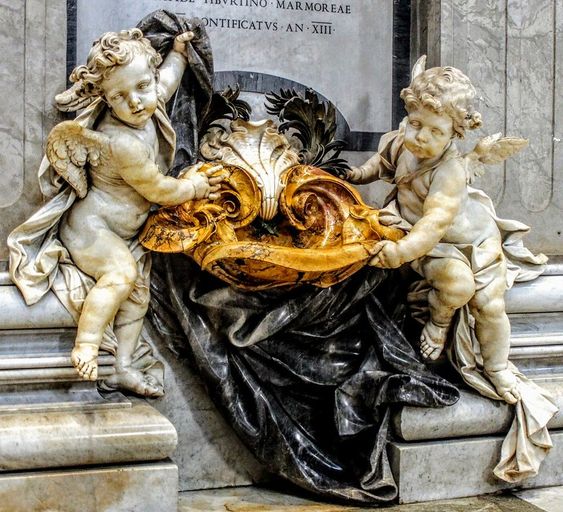