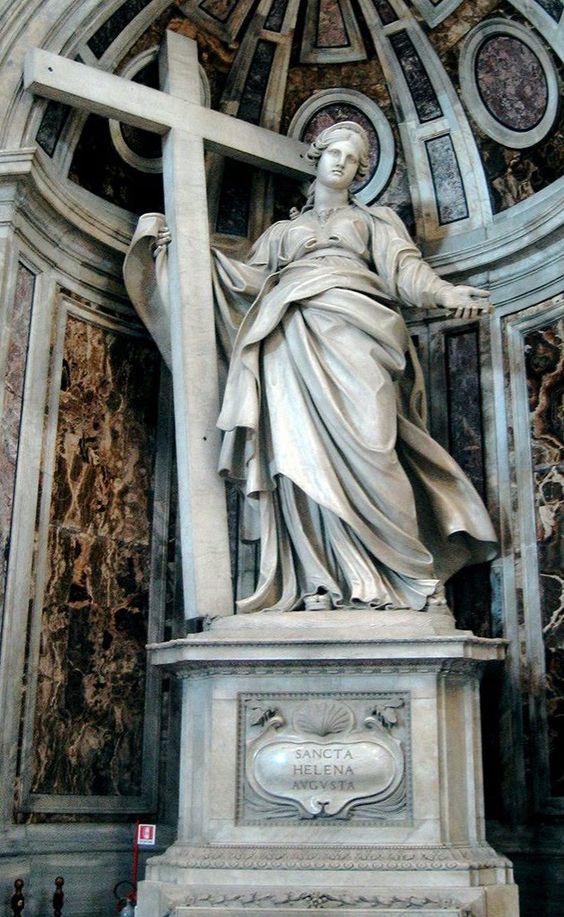 St Helena was the mother of Constantine the Great (r. 306-337), the first Roman emperor to convert to Christianity. Helena converted before her son and went on to build churches in Rome and beyond. Legend has it that on a pilgrimage to the Holy Land, St Helena discovered the True Cross of Christ.

Above the statue of St Helena is a loggia, one of the four Bernini designed to hold the Basilica's sacred relics. Each loggia is adorned with two ancient columns decorated with vine leaves, which were once part of the old basilica. The back walls bear bas-reliefs illustrating each of the relics. St Peter's houses several fragments of what purport to be the True Cross. 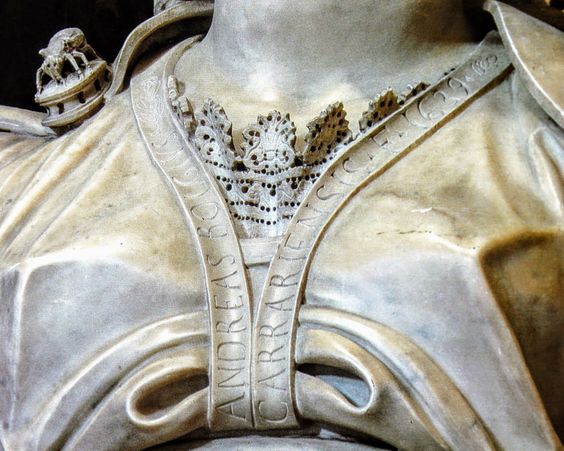 Statue of St Helena, signed and dated by Andrea Bolgi