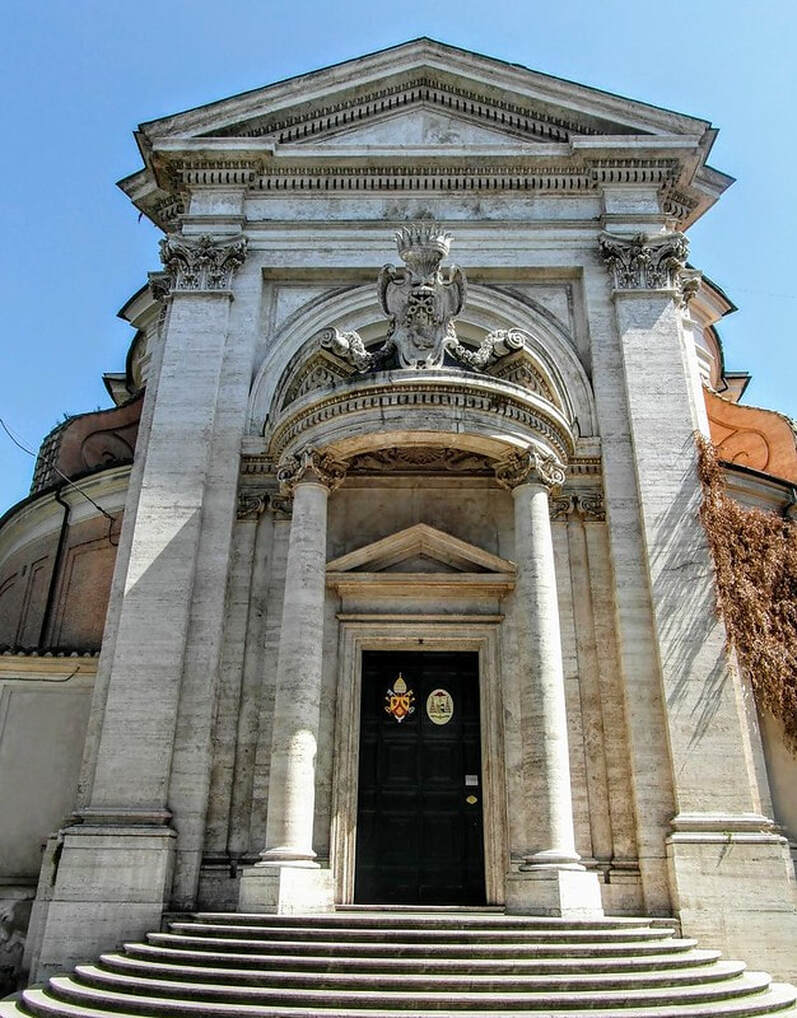 In the field of architecture, Sant' Andrea del Quirinale, which was built between 1658 and 1670, is Bernini's masterpiece. The maestro adopted an elliptical ground-plan, placing the entrance, rather surprisingly, on the long axis.

The interior decoration is a riot of gilt, coloured marbles and stucco work. On the wall above the high altar  is a painting of the Martyrdom of St Andrew (1688) by Guillaume Courtois (1628-79), a French artist known in Italy as Il Borgognone. The gilded Glory, above the altar, is by Antonio Raggi (1624-86), who also created the stucco statue of St Andrew Ascending to Heaven. Arms outstretched, the cloud-borne saint gazes heavenwards, inviting the viewer to follow suit.

The beautiful dome, which dominates the interior space of the church, is coffered in gilded stucco. Ten rays in the form of palm fronds lead up to the lantern. The oculus is adorned with putti, a few of which have escaped into the lantern itself. At the very top of the lantern are some more putti encircling the Dove of the Holy Spirit.

St Andrew's job as a fisherman is recalled in the stucco decoration above the larger windows of the church.

Embedded into the pavement are three splendid memorials in opus sectile. They are dedicated to Cardinal Pietro Sforza Pallavicino, Cardinal Giulio Spinola and Cardinal Camillo Melzi.

In the adjacent monastery are the rooms of St Stanislaus Kostka (1550-68), a Polish novice who entered the Society of Jesus on his seventeenth birthday, only to die less than a year later. The polychrome marble sculpture (1703), which is by the French sculptor Pierre Legros the Younger (1666-1719), shows the saint lying on his deathbed. 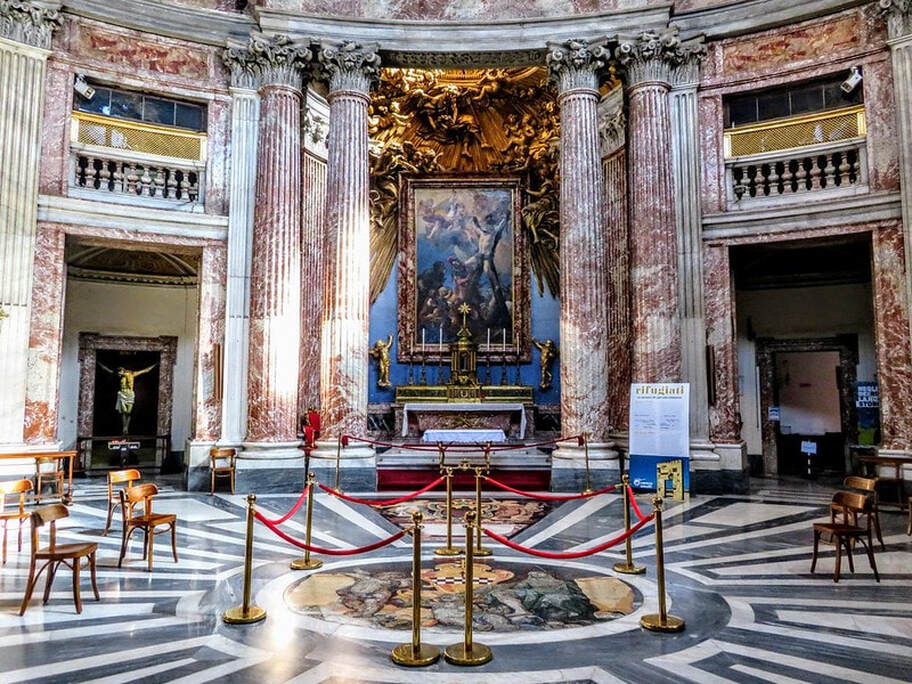 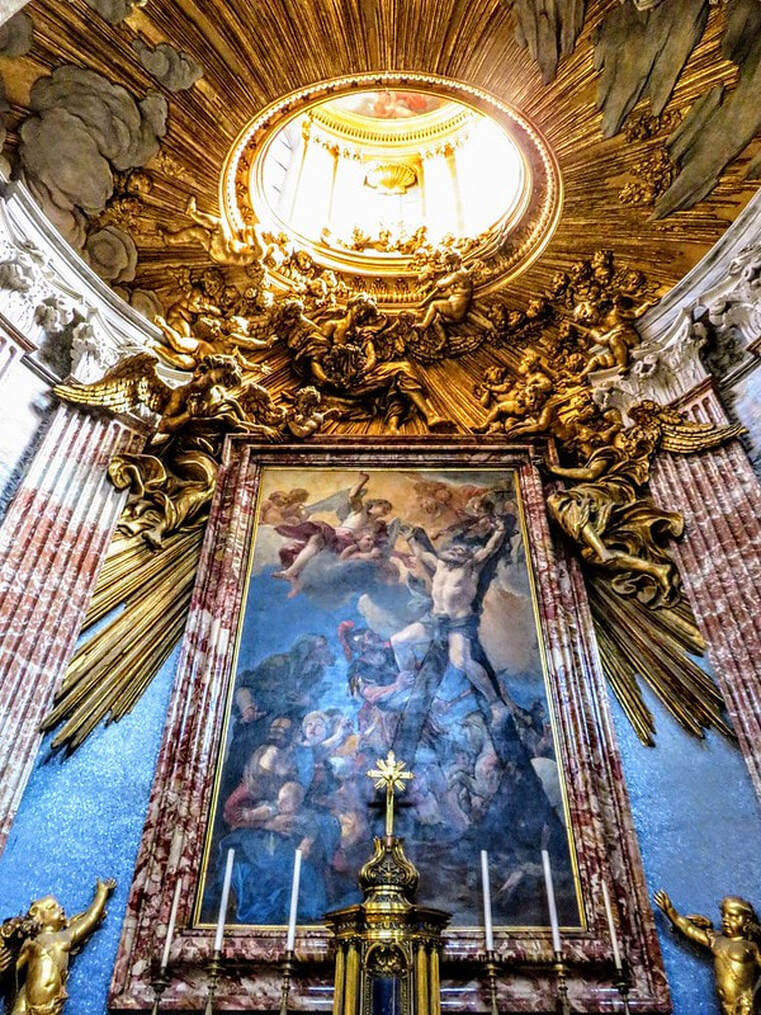 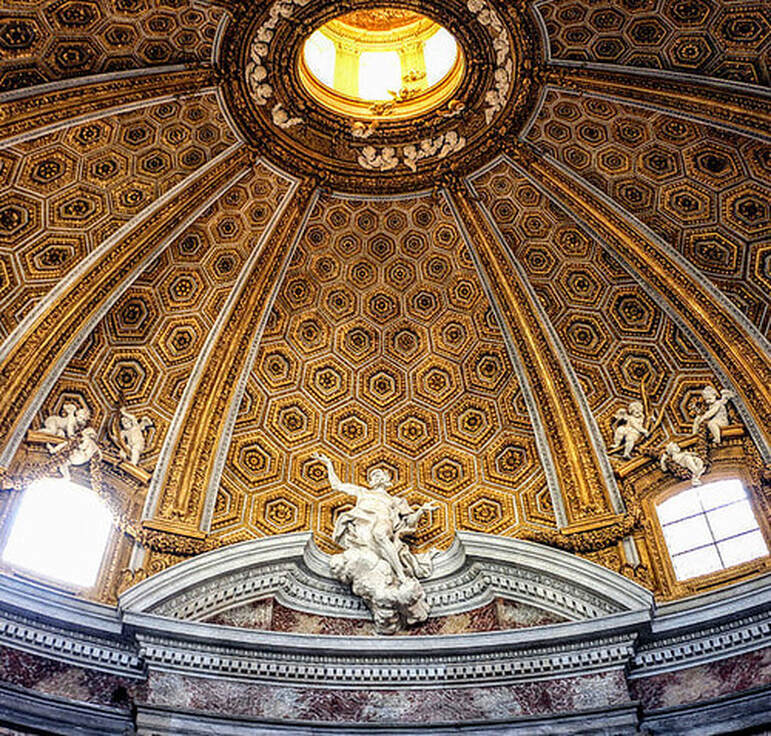 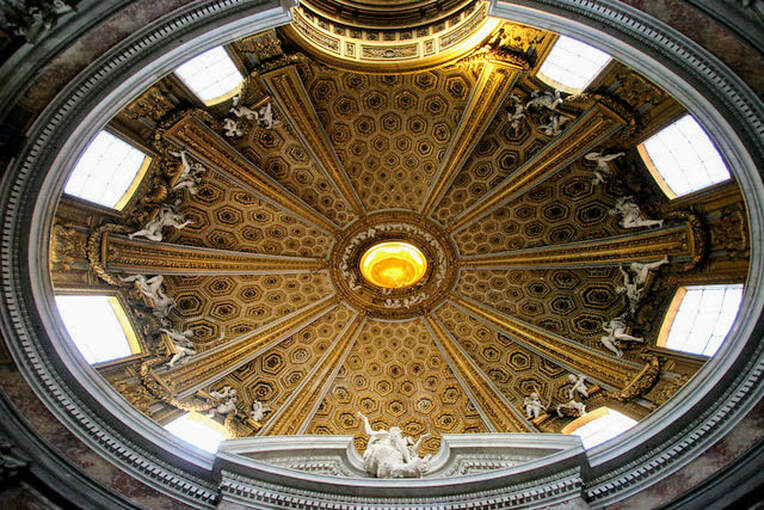 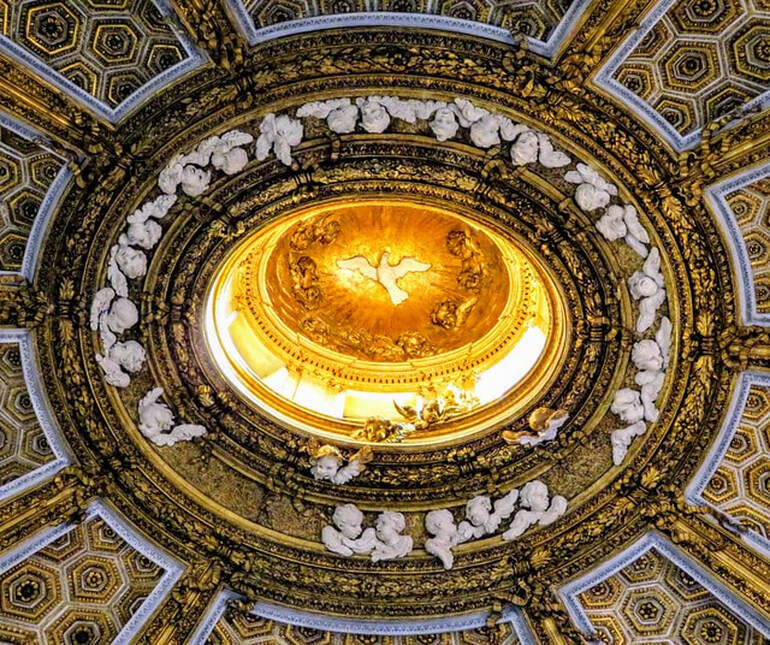 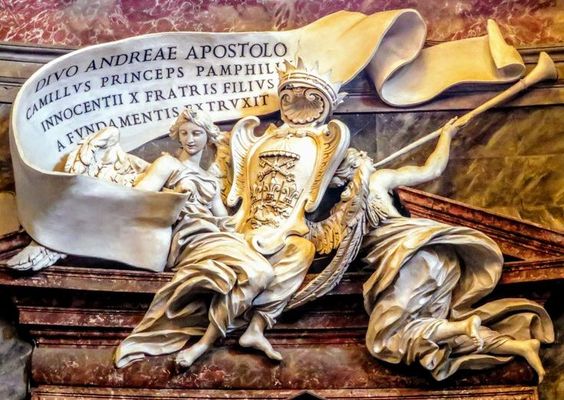 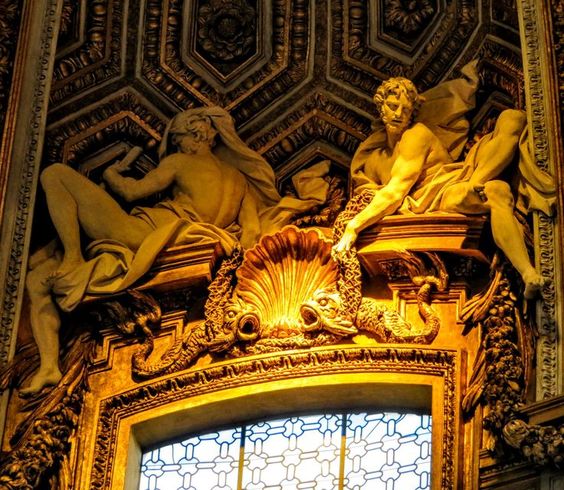 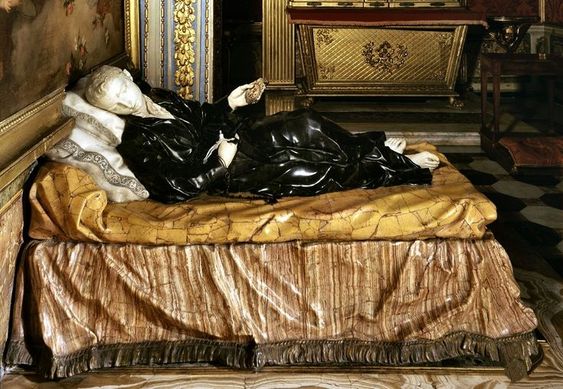 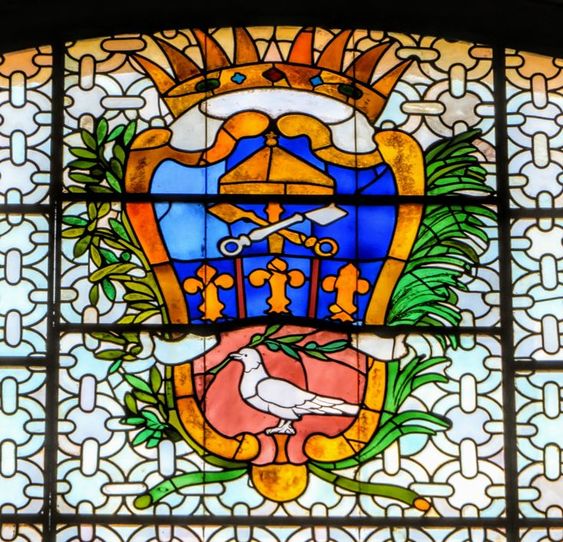