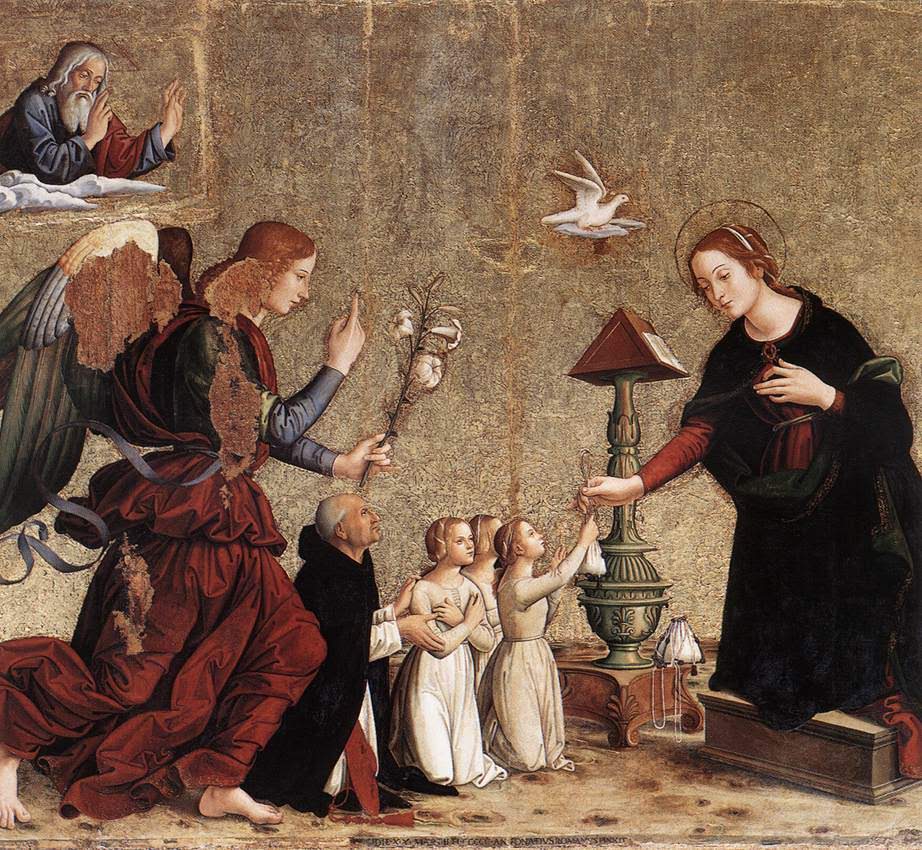 Each year (until 1870), on the feast day of the Annunciation (March 25th), the girls who were chosen would walk in a solemn procession, their heads crowned with a garland of flowers, to receive their dowries from the Pope. The painting is by Antoniazzo Romano (c.1430 - c.1510) and depicts three small girls, all dressed in white, receiving bags of money from the Virgin Mary, while Torquemada looks on.

On the left wall of the chapel is a funerary monument to the pope who holds the record for the shortest reign in the history of the papacy. Cardinal Giovanni Battista Castagna was elected Pope Urban VII on September 15th 1590; thirteen days later he was dead. Pope Urban VII, who actually died before his coronation, left a colossal sum of money to the Confraternity of the Holy Annunciation, of which he had been a benefactor. 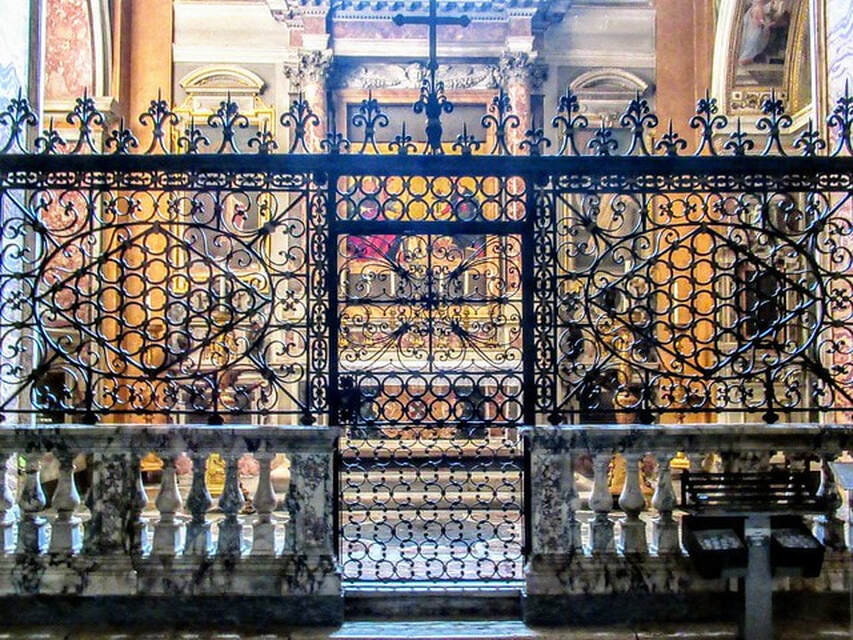 Chapel of the Annunciation 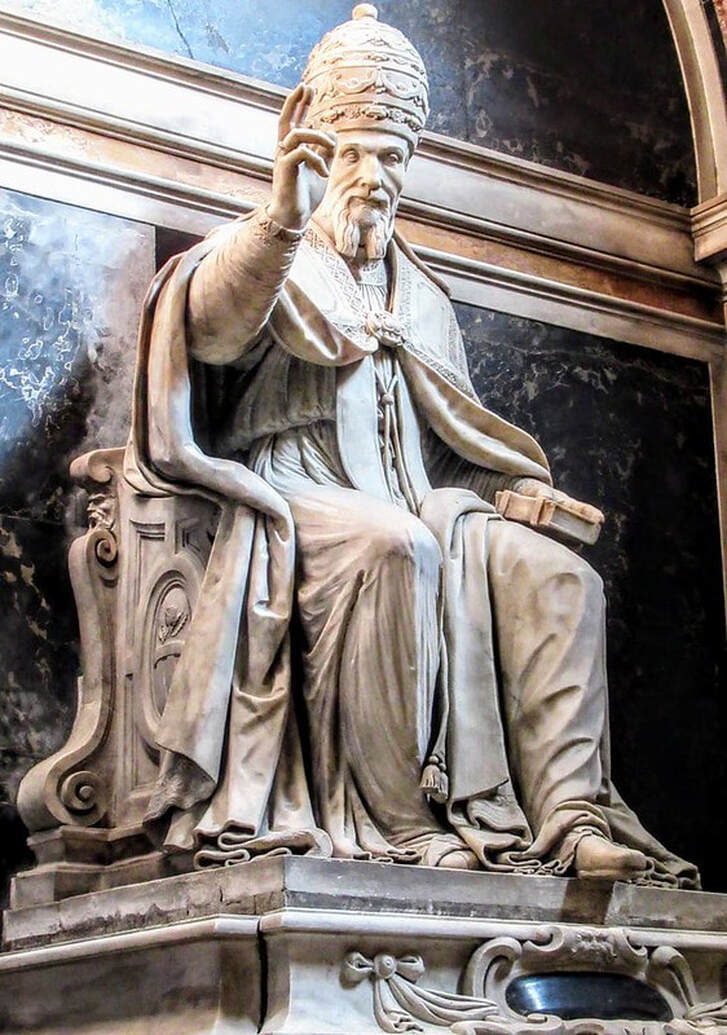