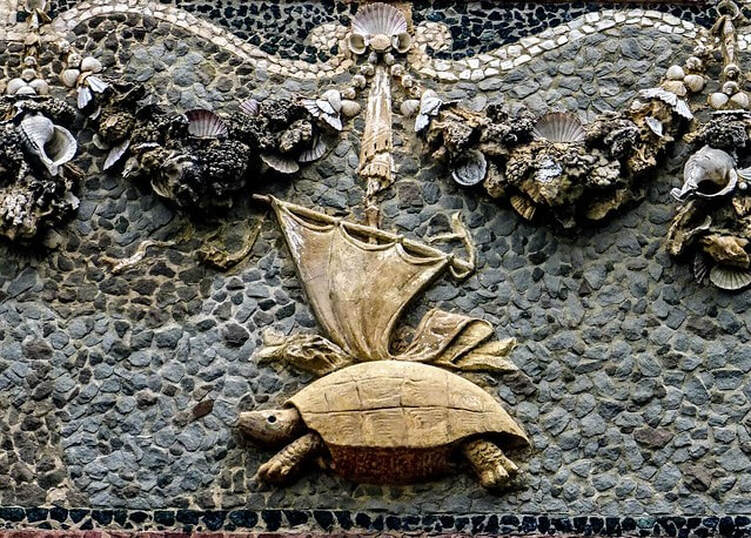 Festina lente was one of the favourite maxims of ancient Rome's first emperor, Augustus (r. 27 BCE - 14 CE), which no doubt played a part in the duke's selection of it. In Renaissance Florence, it was given visual form - a tortoise bearing on its shell a wind-filled sail.

Palazzo Vecchio, where the duke and his family once lived (when it was known as Palazzo Ducale), is full of images of sailing tortoises. However, there are many other examples to be seen elsewhere in the city.