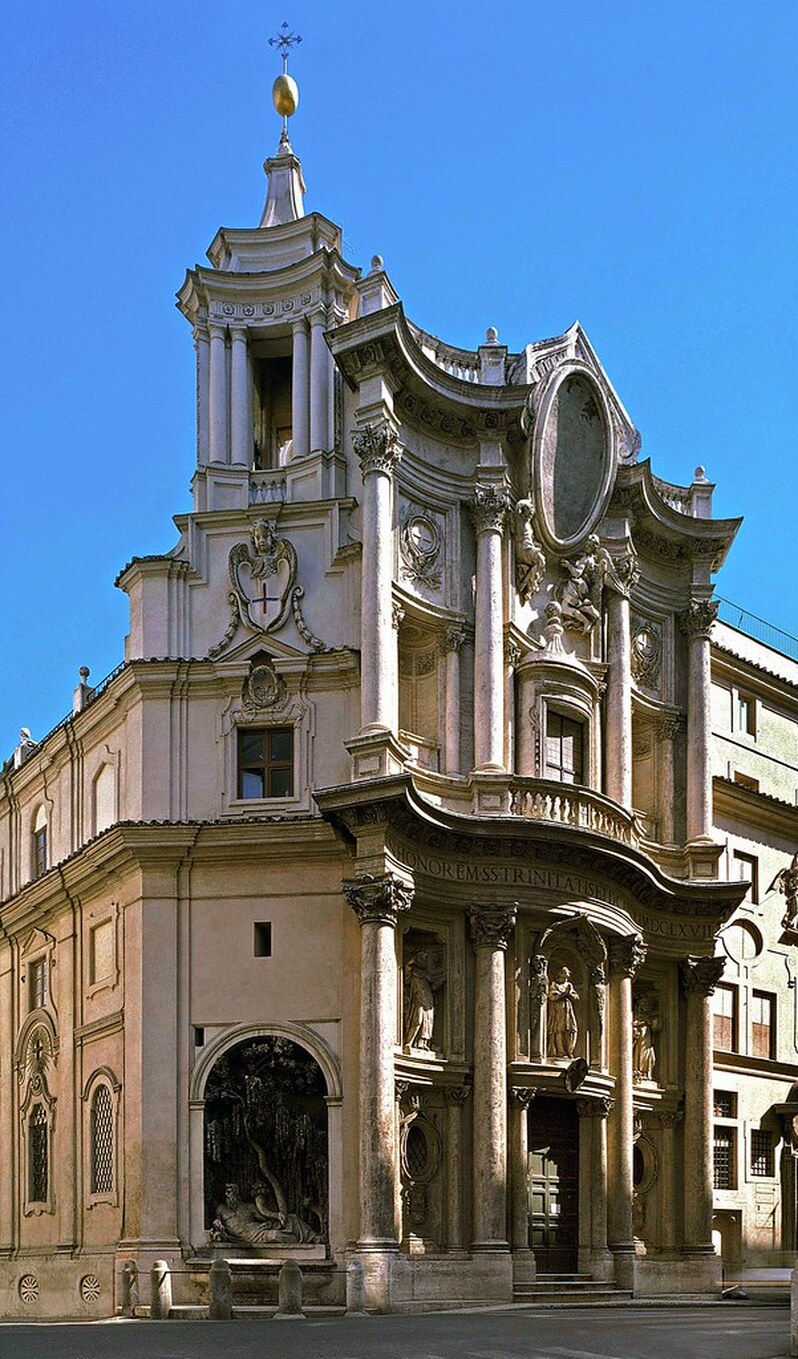 ​The exquisite Baroque church of San Carlo alle Quattro Fontane (St Charles at the Four Fountains), or San Carlino as it is better known, is the work of one of most original minds in the history of architecture, Francesco Borromini (1599-1667).

San Carlino, which is dedicated to St Charles Borromeon, was commissioned in 1634 by the Spanish Trinitarians, a religious order whose mission was to help free Christians captured and enslaved by Muslim pirates.
​​
Faced with the challenge of working with a very limited space, Borromini's first task was to create the monastic buildings and the cloister. One of the most surprising aspects of the design can be seen in the corners, which should be supported by columns, but which Borromini leaves open.

He then turned his attention to the church, creating one of the most extraordinary spaces in Rome. The layout is a complex interplay of convex and concave surfaces using the equilateral triangle as a unifying device. The symbolism throughout is based on the Holy Trinity.

San Carlino was consecrated in 1646, but its facade wasn't completed until 1677, a decade after Borromini's death. The architect, who died by his own hand, is interred in the church of San Giovanni dei Fiorentini.
Gallery 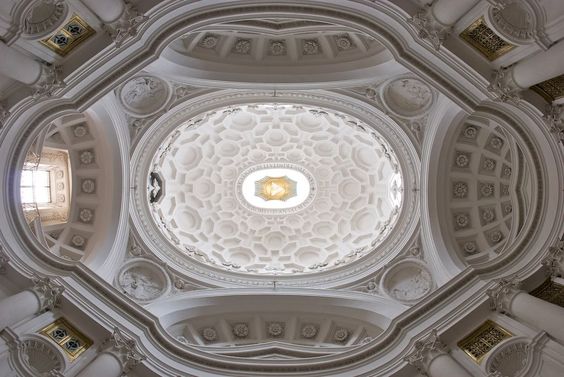