Fountain of the Naiads 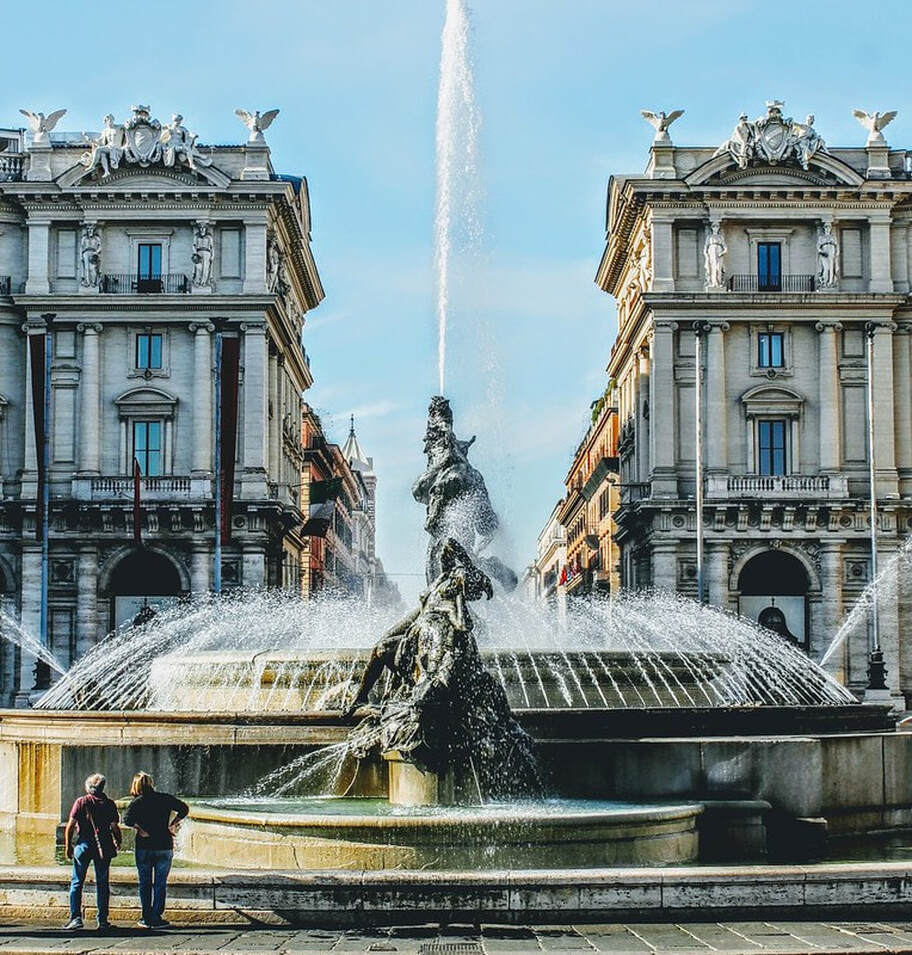 The Fountain of the Naiads, which was the mostra (display-point) of the Acqua Pia Antica Marcia (an aqueduct built between 1865 and 1870), was originally devoid of decoration. In 1888, on the occasion of a visit to Rome by the German Kaiser Wilhelm II,  four plaster lions were added to it. The lions were later replaced by the four naiads, which gave the fountain its name.

In the centre of the fountain stands Glaucus, a fisherman who became a god of the sea. Clasping a dolphin, which spouts a powerful jet of water, Glaucus is surrounded by four naiads (water-nymphs), whose nudity and languorous poses caused a sensation when first unveiled.

In Greek mythology, naiads are the female spirits who preside over fountains, wells, springs, streams, brooks and other bodies of freshwater. Each naiad reclines on a different type of aquatic creature.
Gallery 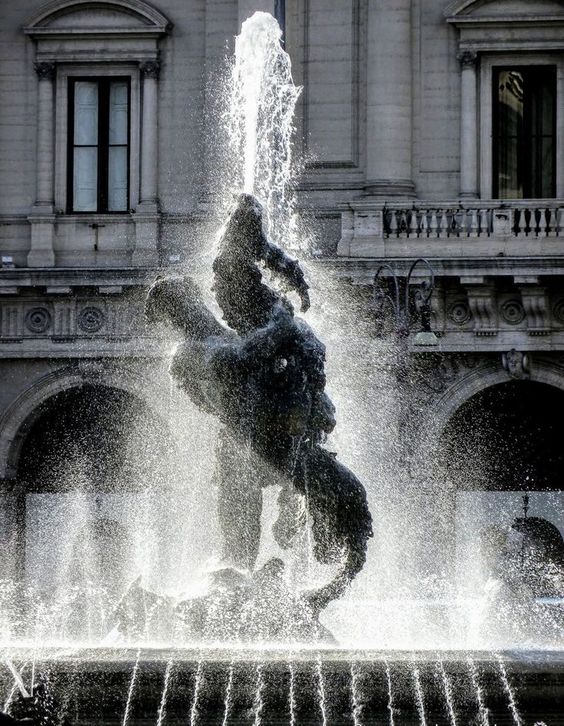 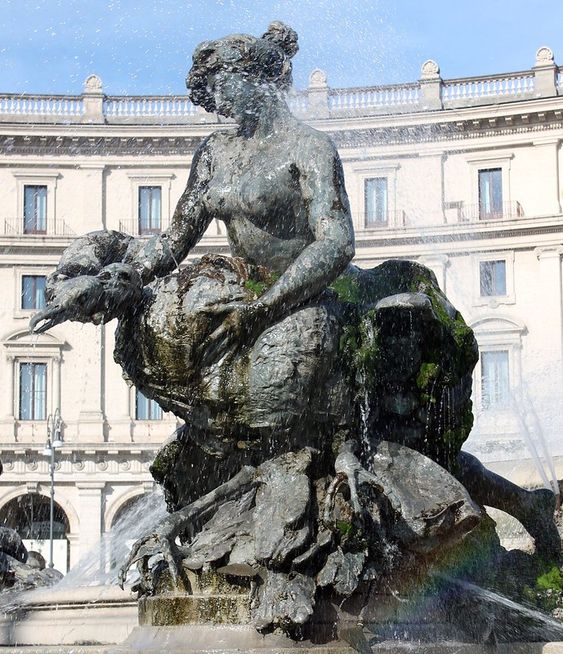 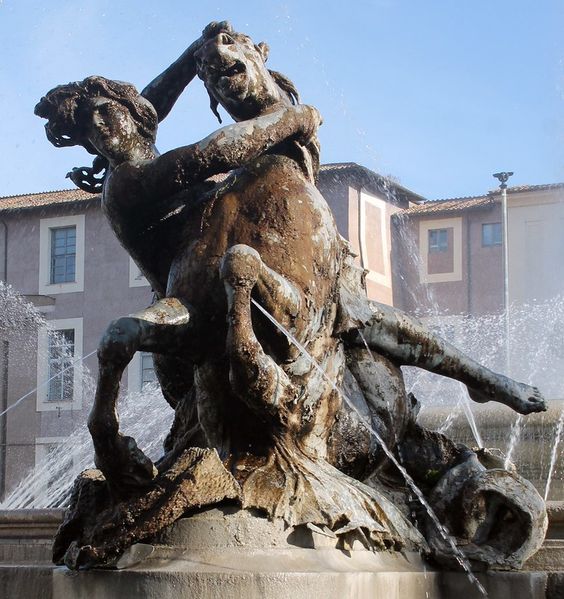 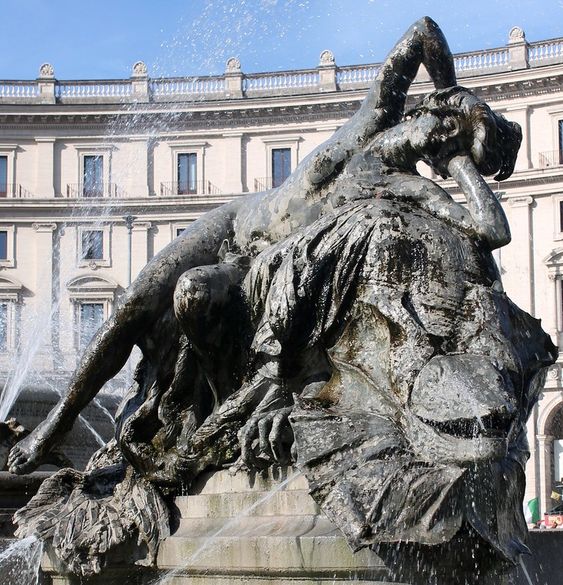 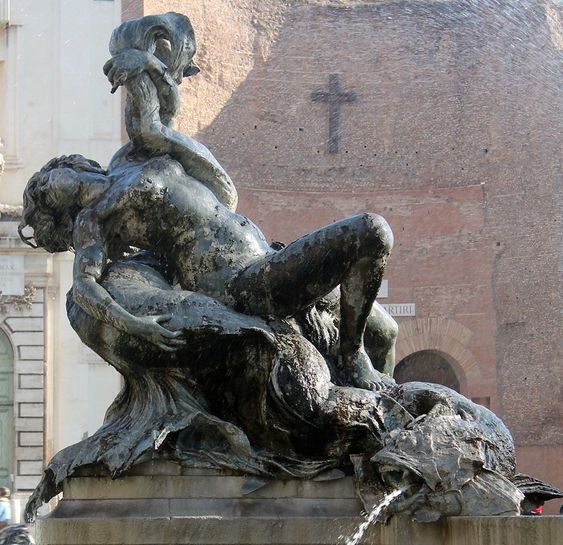