Monument to the Stuarts 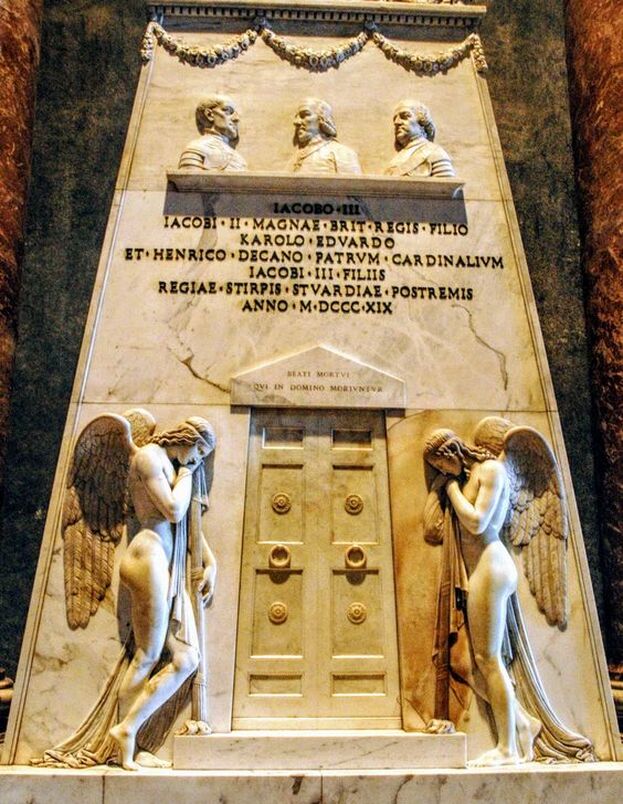 James was the son of James ll, king of England, who was deposed in the 'Glorious Revolution' of 1688. When his father died in 1701, the younger James, who spent most of his life abroad, was hailed by Spain, France, and the Papacy, as King James III, the rightful ruler of England. 'King James III' died in Rome in 1766 and the succession of the Stuart line passed first to his eldest son, Charles, and after his death in 1788, to Henry, who died without issue in 1807.

​The monument, which is the work of Antonio Canova (1757-1822), bears the portraits of the three men, who are buried in the crypt. At the base of the monument, two winged figures extinguish their torches.

The shorter inscription, above the closed door, is a quotation from the Book of Revelation (14:13): BEATI MORTVI QVI IN DOMINO MORIVNTVR (Blessed are the dead which die in the Lord, KJV).

The monument was financed by King George III.