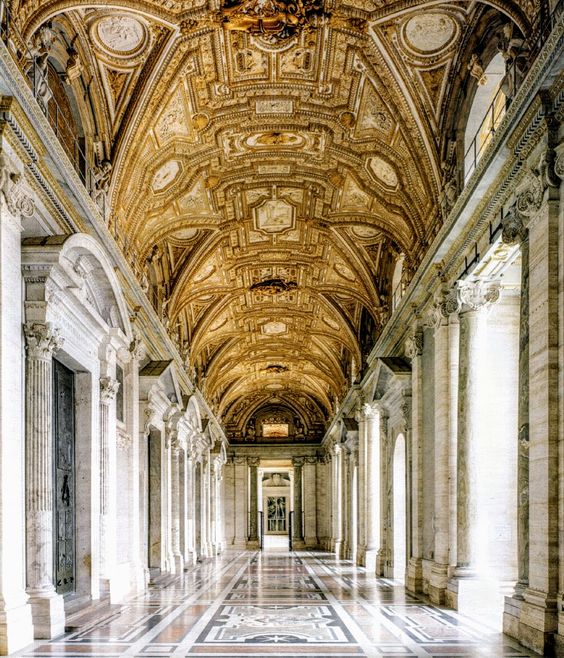 The vault of the portico was stuccoed by Giovanni Battista Ricci (c. 1537-1627) to Maderno's design. The numerous stucco reliefs depict scenes from the life of St Peter.

The lunettes below the vault sport statues of some of the many popes who have been canonised.

​Above the central entrance of the portico is the Navicella (little ship), a heavily reworked mosaic originally designed by Giotto for the first Jubilee, or Holy Year, which was held in 1300. It depicts the version from the Gospel of St Matthew of Christ walking on the water, the only one of the three gospel accounts in which Peter is summoned to join him. But Peter, letting himself be overcome by fear, begins to sink. Jesus saves him, saying, 'O thou of little faith, wherefore didst thou doubt?' (Matthew: 14:24–32, KJV).

Directly opposite is a stucco relief of Pasces Oves Meas (Feed My Sheep), designed by Gian Lorenzo Bernini, but executed by his workshop. 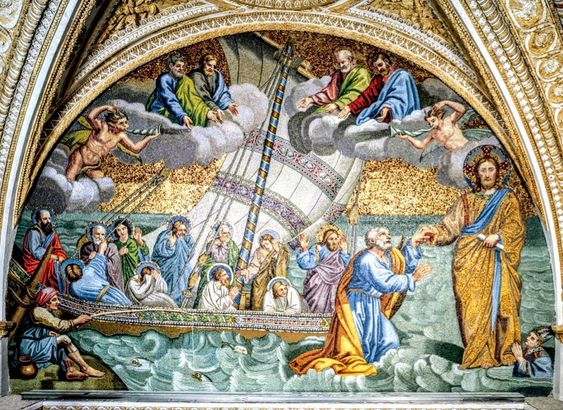 Mosaic of the Navicella 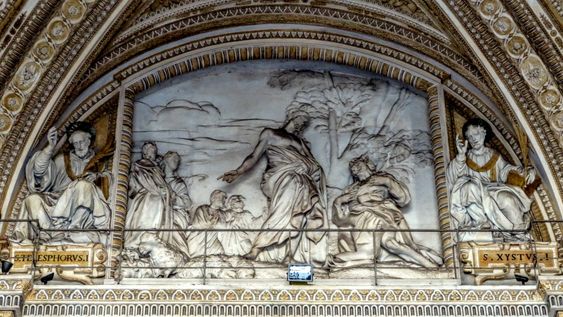 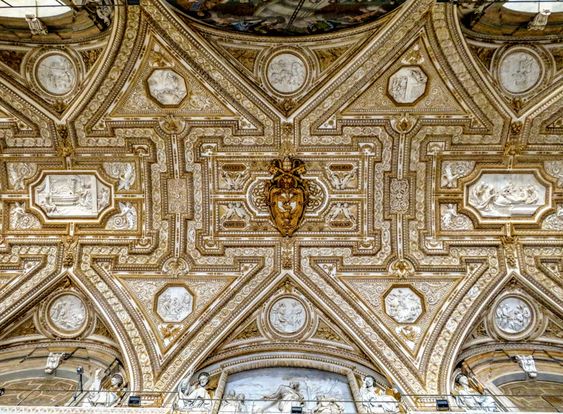 Central section of the vault 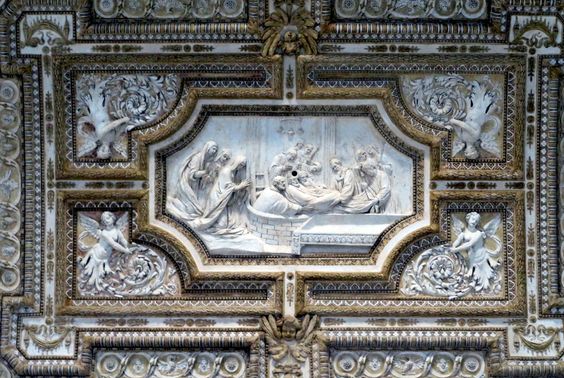 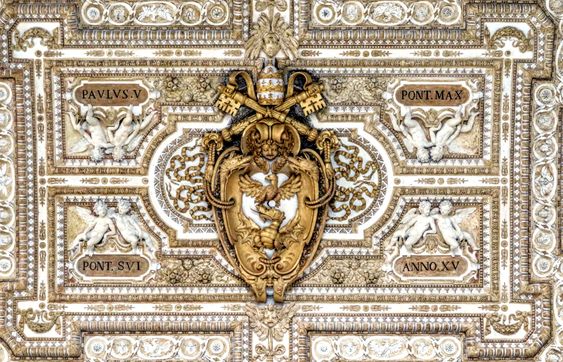