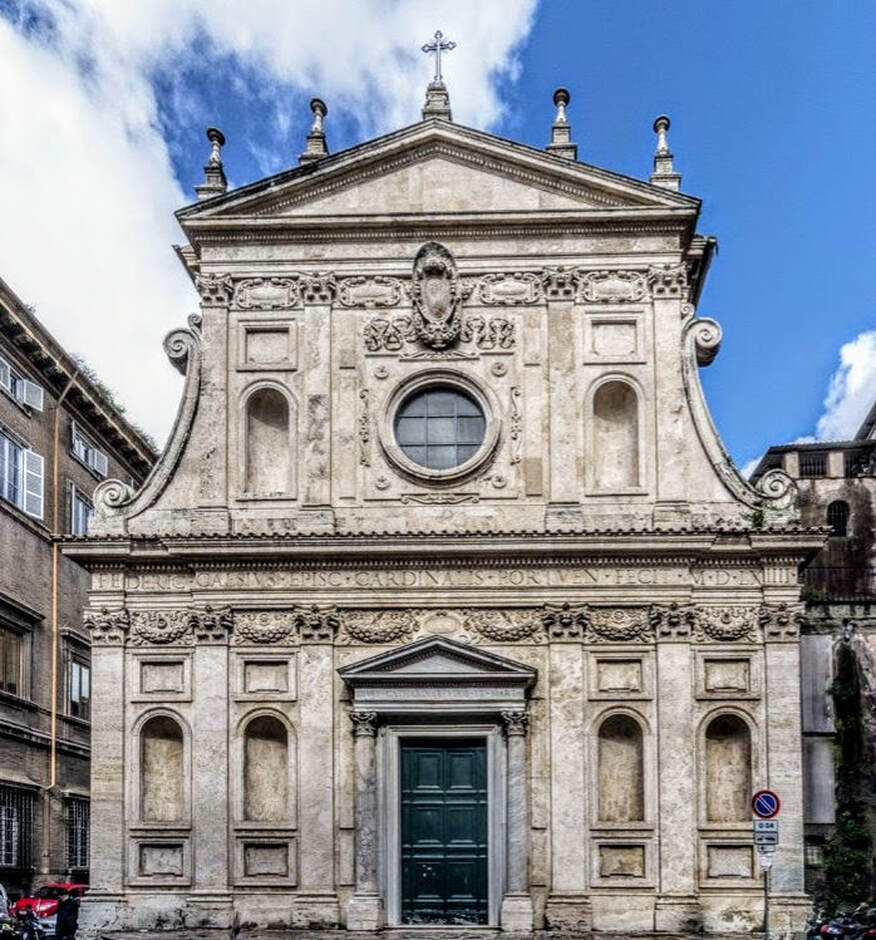 The inscription on the facade reads: FEDERIC · CAESIUS · EPIS · CARDINALIS · PORTVEN · FECIT · MDLXIIII. The festoon over the entrance to Santa Caterina is decorated with an image of a sword crossed with a palm branch, while the festoons to either side bear an image of a wheel. The palm branch symbolises martyrdom in general, while the sword and the wheel refer to the martyrdom of St Catherine.

Completed in 1564, and dedicated to St Catherine of Alexandria, the church belonged to the Confraternita delle Vergini Miserabili di Santa Caterina della Rosa. The vergini miserabili were the daughters of prostitutes, whom the confraternity wished to discourage from following the profession of their mothers.

The interior takes the form of a single nave, which is flanked by five chapels, and a large rectangular apse. The decoration of the chapels was funded by private families, while that of the sanctuary was funded by the Cesi family. The altarpiece on the high altar depicts the Apotheosis of St Catherine (1760) and was painted by Giovanni Sorbi. 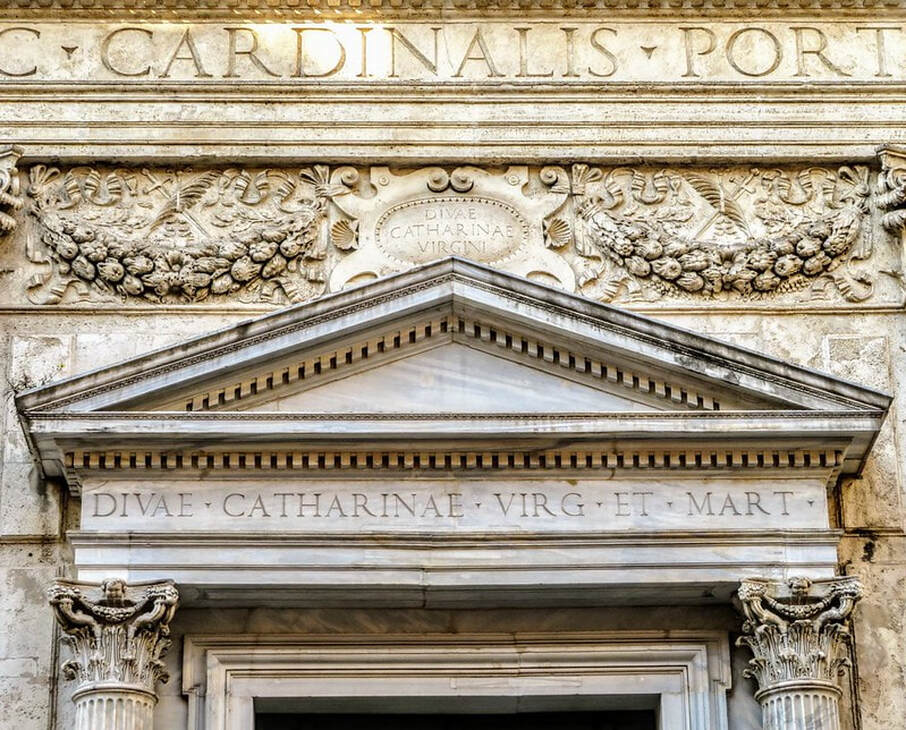 A detail of the facade 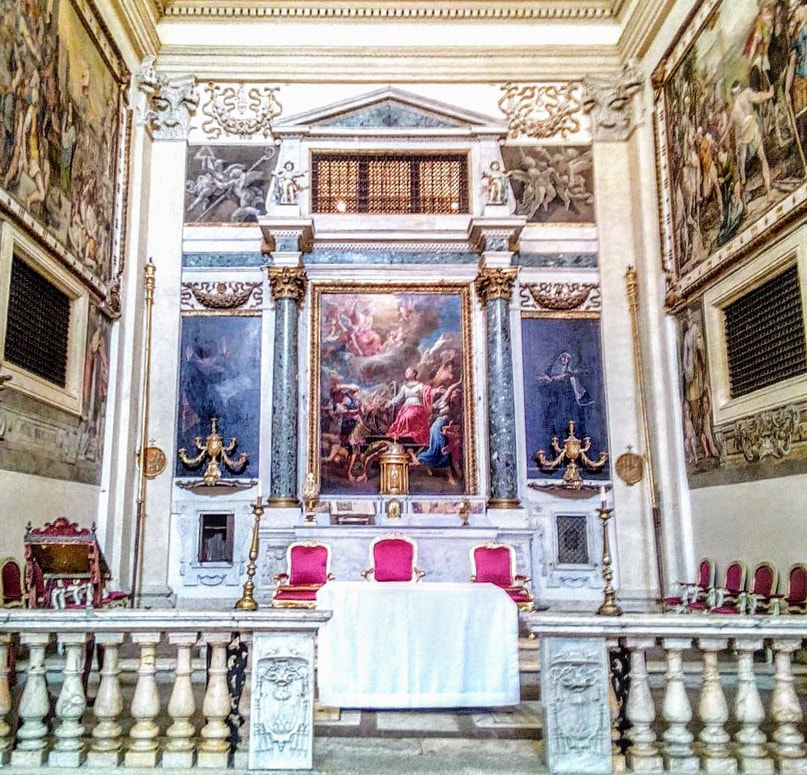 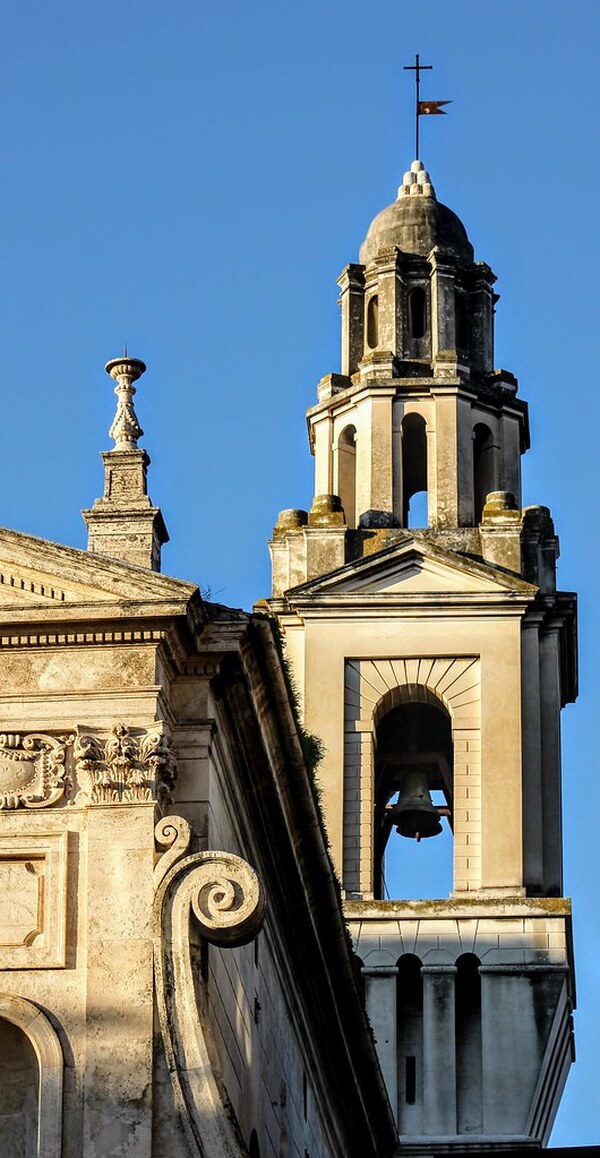