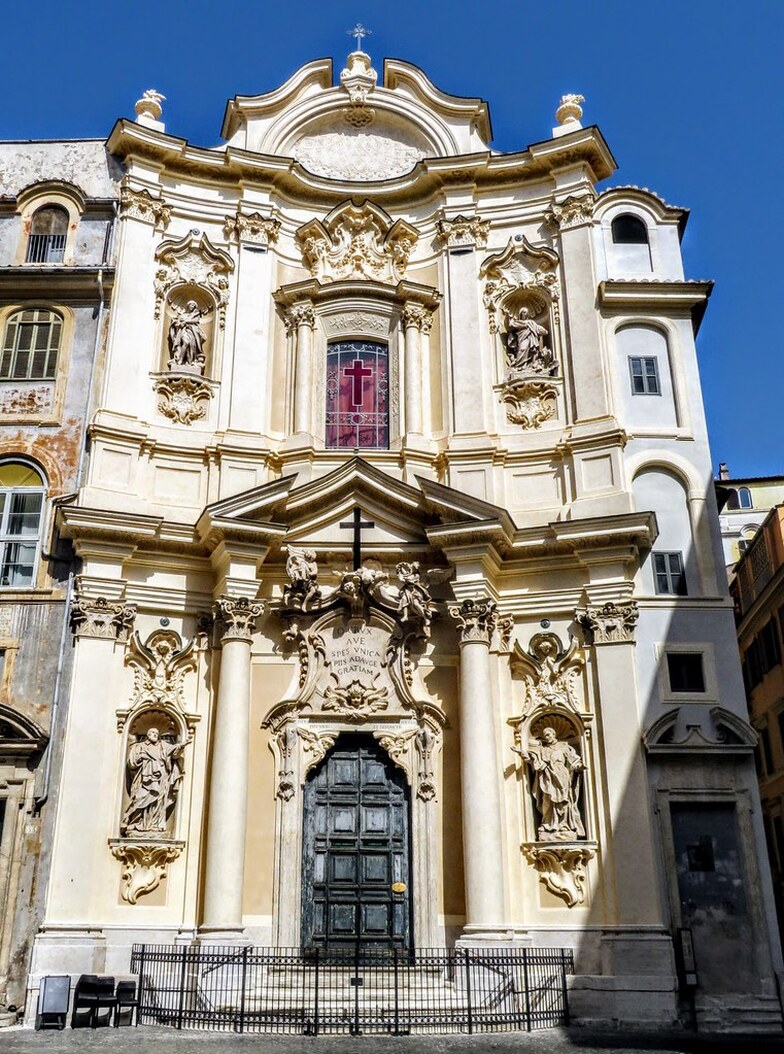 The two figures in the lower storey are St Philip Neri and St Camillus de Lellis, while in the upper storey stand St Mary Magdalene and St Margaret of Antioch. The large inscription above the entrance proclaims: O CRVX AVE SPES VNICA PIIS ADAVGE GRATIAM (O hail the Cross, our only hope. Grant increase of grace to the pious).
​
La Maddalena, as the church is better known, was built for the Camillians, a religious order that was founded by Camillus de Lellis (1550-1614) in 1582. Better known simply as the Camillians, la Maddalena remains their mother church. The order was set up to minister to the sick and its full title is the Clerici Regulari Ministeri Infirmaribus (Clerics Regular, Ministers to the Sick). A large red cross is its emblem.

The nave is elliptical with four side chapels. The frescoes in the vault are by Michelangelo Cerruti (1663-1749) and depict scenes from the life of St Mary Magdalene. The central fresco depicts the Raising of Lazarus. The fine confessionals date back to the 1760s.

The painting on the high altar depicts the St Mary Magdalene Adoring the Cross and is the work of Michele Rocca (1671-1751). The fresco in the apse is by Aureliano Milani (1675-1749) and depicts the Preaching of Christ. The large reliefs, which flank the altar, are by the Roman sculptor Pietro Bracci (1700-73) and depict St Mary Magdalene Arriving at the Empty Tomb and Noli Me Tangere.
​
Santa Maria Maddalena is home to one of the most ornate organs (1736) in Rome, the work of the Austrian organ-builder Hans Conrad Wehrle (1701-77). The organ, which dominates much of the counter-facade, is an extravagant confection of gilded wood and white stucco. 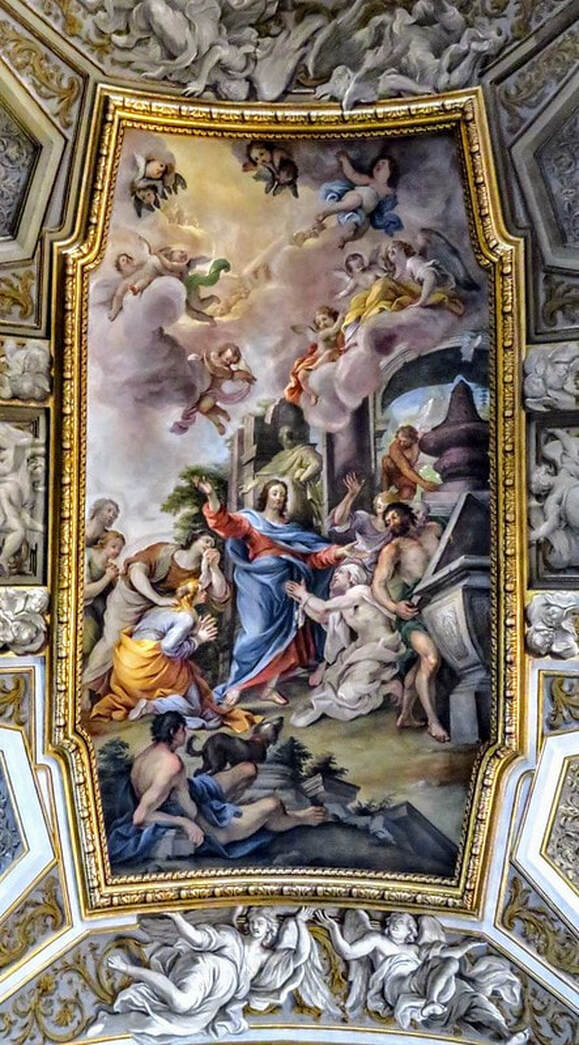 The Raising of Lazarus by M. Cerruti 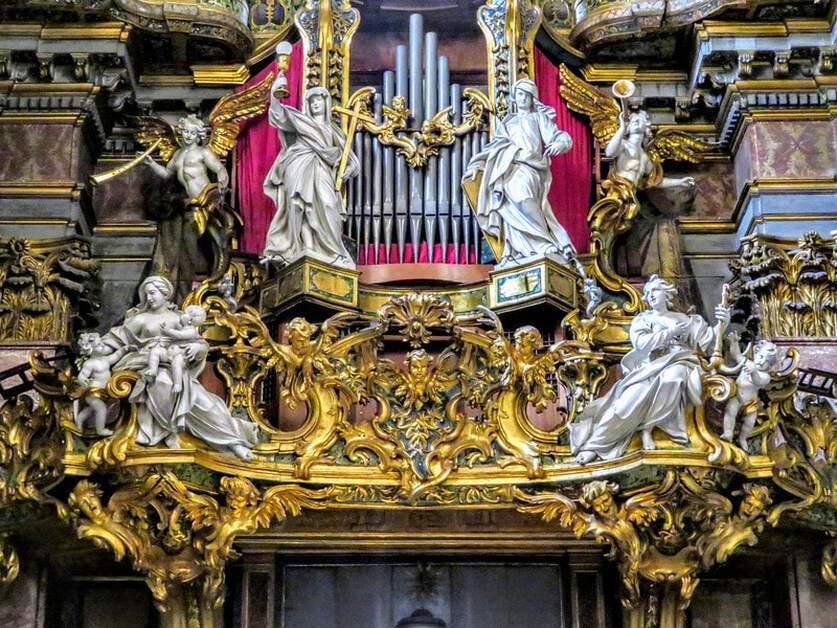 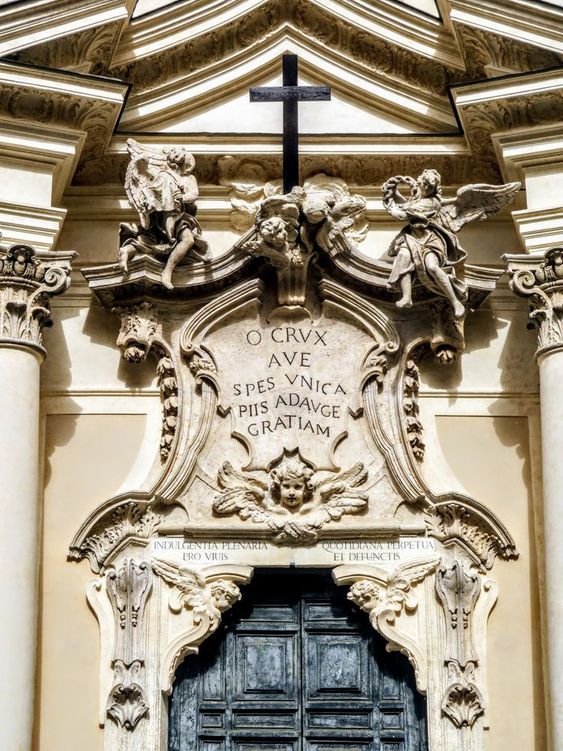 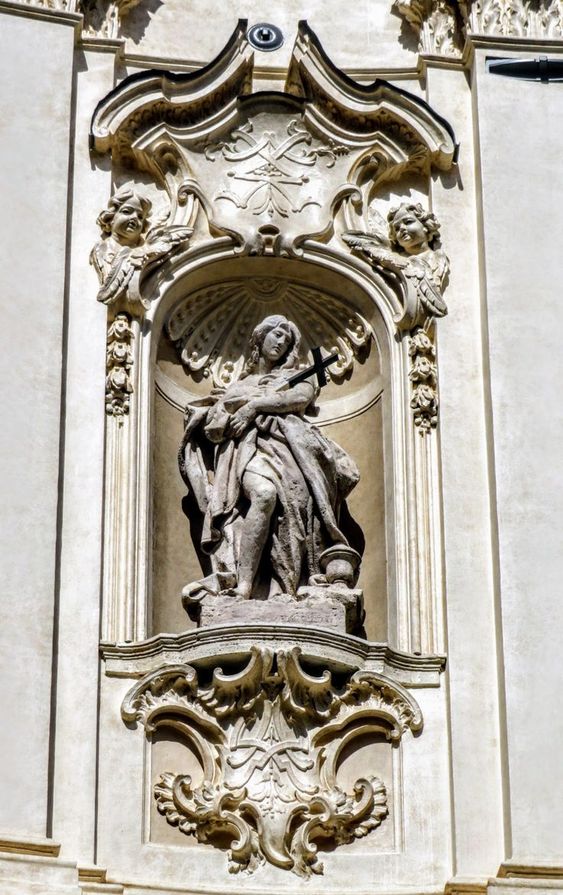 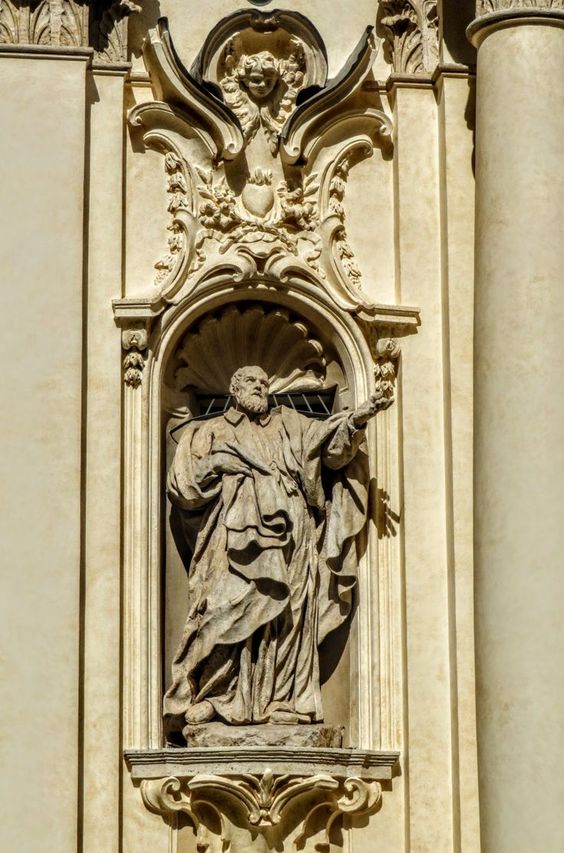 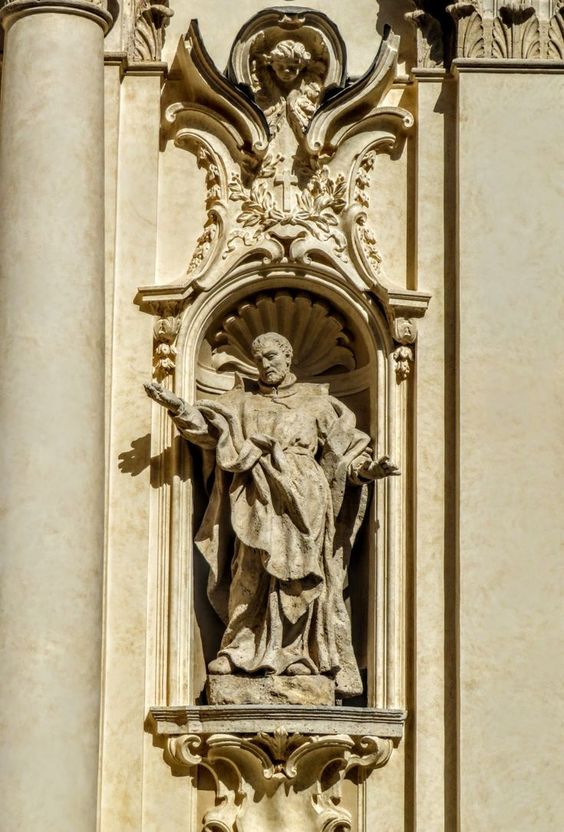 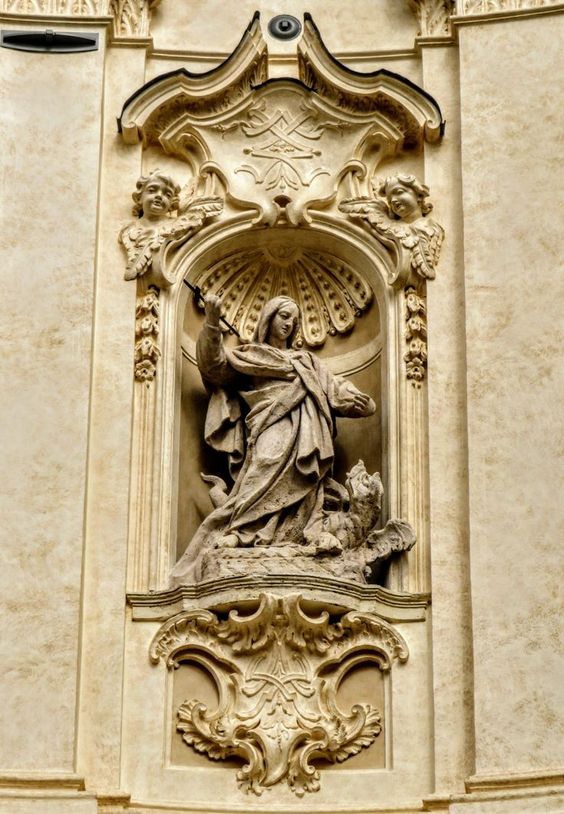 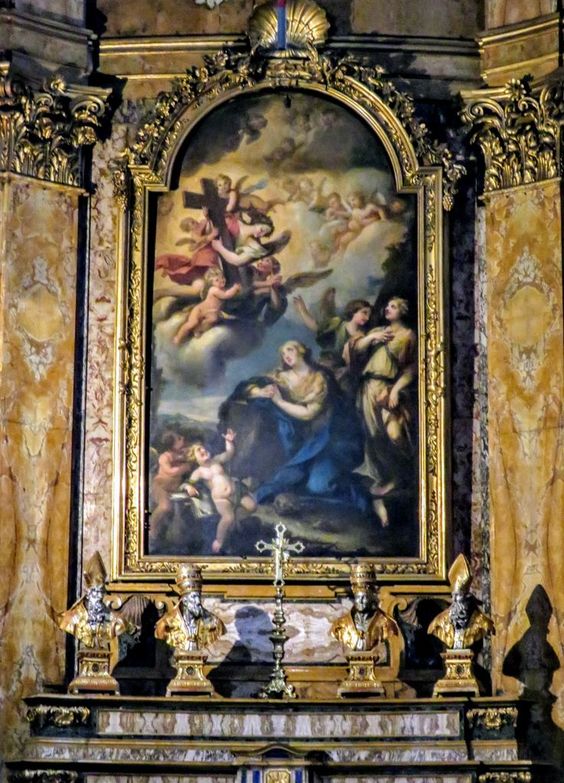 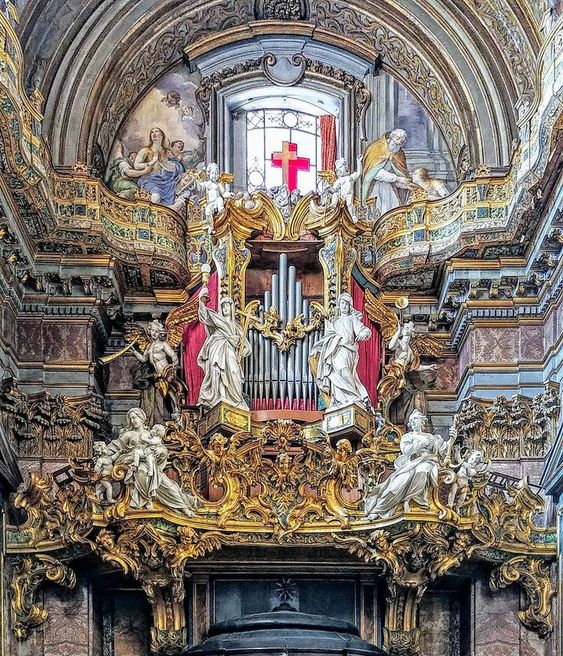