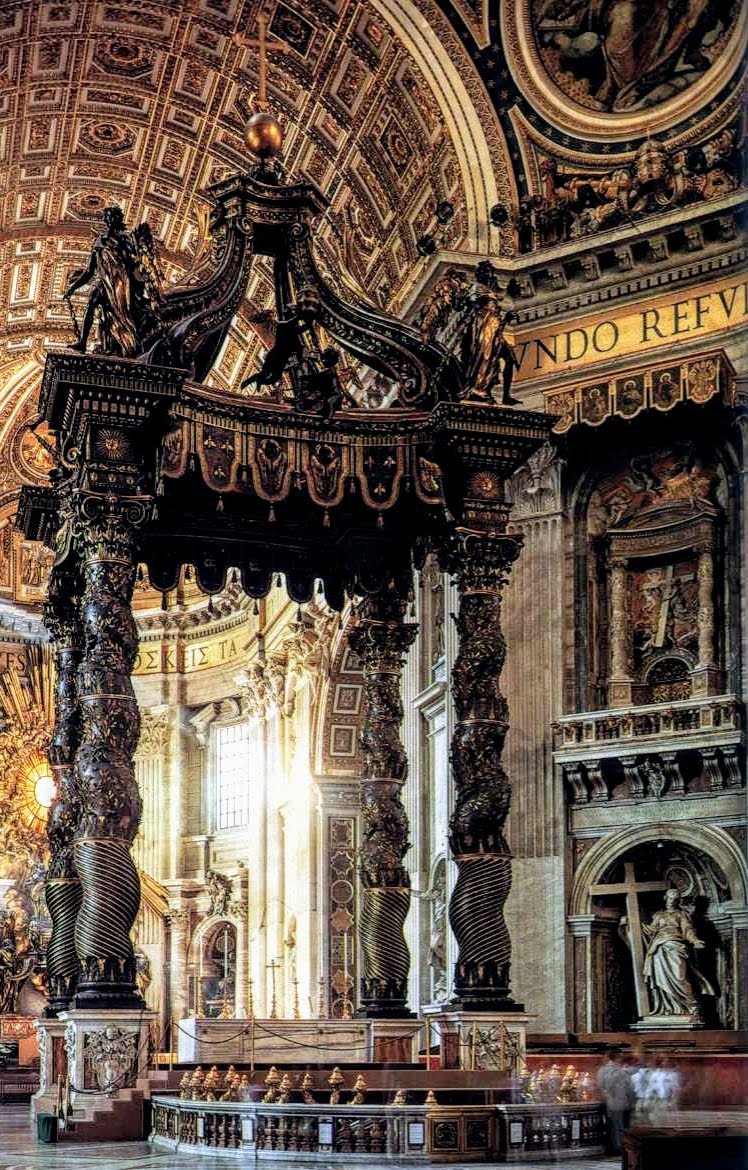 The focal point of the basilica is the Papal Altar, where only the pope may celebrate mass. It marks the spot (10 or so metres below) of what is believed to be the burial place of St Peter.

The tent-like canopy above the altar is known as a baldachin (baldacchino in Italian) and was Bernini's first commission in the basilica. Towering to a height of 29 m, it is made up of four massive bronze columns, each of which rests on a giant marble pedestal. In the centre of the tester (roof of the canopy) is an image of the Dove of the Holy Spirit. The baldachin is surmounted, at the corners, by four angels holding garlands of laurel. In between the angels are pairs of putti, two sporting the keys and tiara of St Peter, two sporting the sword and book of St Paul.

The baldachin was commissioned by Pope Urban VIII (r. 1623-44), a member of the Barberini family, and the bees of the family's crest can be seen swarming all over the monument. 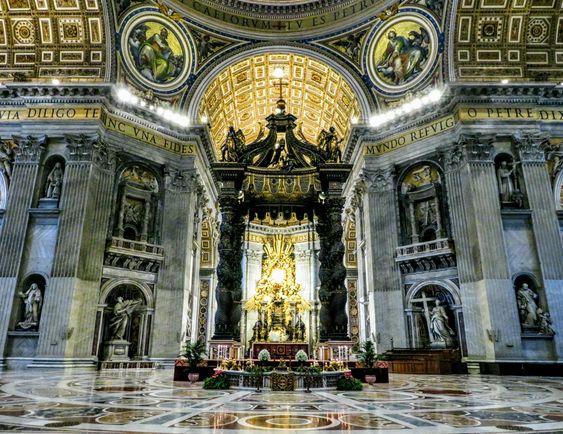 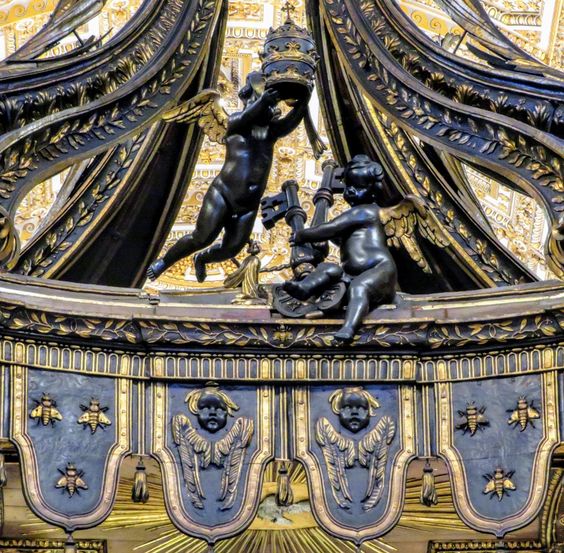