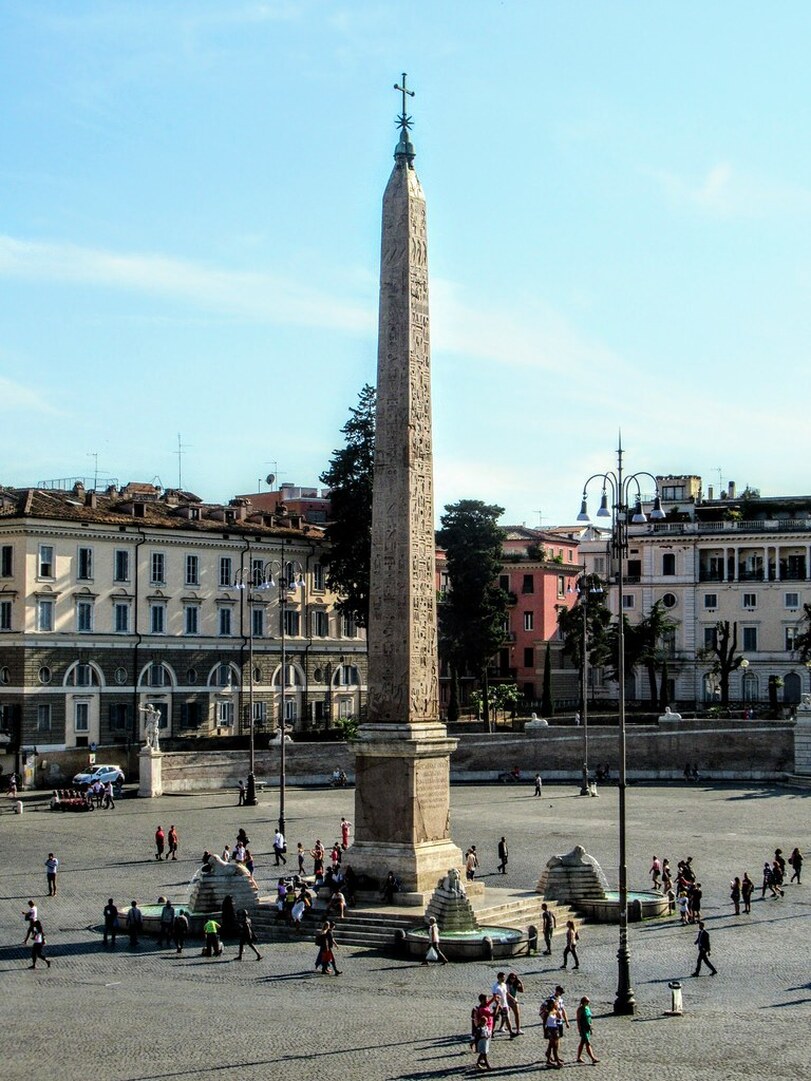 The 'Flaminio' Obelisk
The Obelisco Flaminio (23.20 m), which stands in the centre of Piazza del Popolo, was the first Egyptian obelisk to be brought to Rome.

The obelisk was first erected in Heliopolis by the pharaoh Ramesses II (r. 1279-1213 BCE) . Following his defeat of Antony and Cleopatra in 31 BCE, the emperor Augustus (r. 27 BCE - 14 CE) decided to transport the obelisk to Rome. It arrived in 10 BCE and was placed on the spina in the centre of the Circus Maximus, where it remained until it was toppled, possibly by the Goths, in 547. ​
​
In 1587, the obelisk was unearthed, broken into several pieces. It was duly repaired and two years later Pope Sixtus V (r. 1585-90) had the architect and engineer Domenico Fontana set it up in the centre of Piazza del Popolo.

One of the Latin inscriptions on the base (south face) dates back to when the obelisk was erected in the Circus Maximus and declares: IMP CAESAR DIVI / AVGVSTVS / PONTIFEX MAXIMVS / IMP XII COS TRIB POT XIV / AEGVPTO IN POTESTATEM / POPVLI ROMANI REDACT[A] / SOLI DONVM DEDIT. (The Emperor Augustus, son of the Divine Caesar, Pontifex Maximus, acclaimed emperor for the twelfth time, and Consul for the eleventh, vested with the power of the Tribune for the fourteenth, upon the subjection of Egypt to the power of the Roman people, gave this as a gift to the sun.)