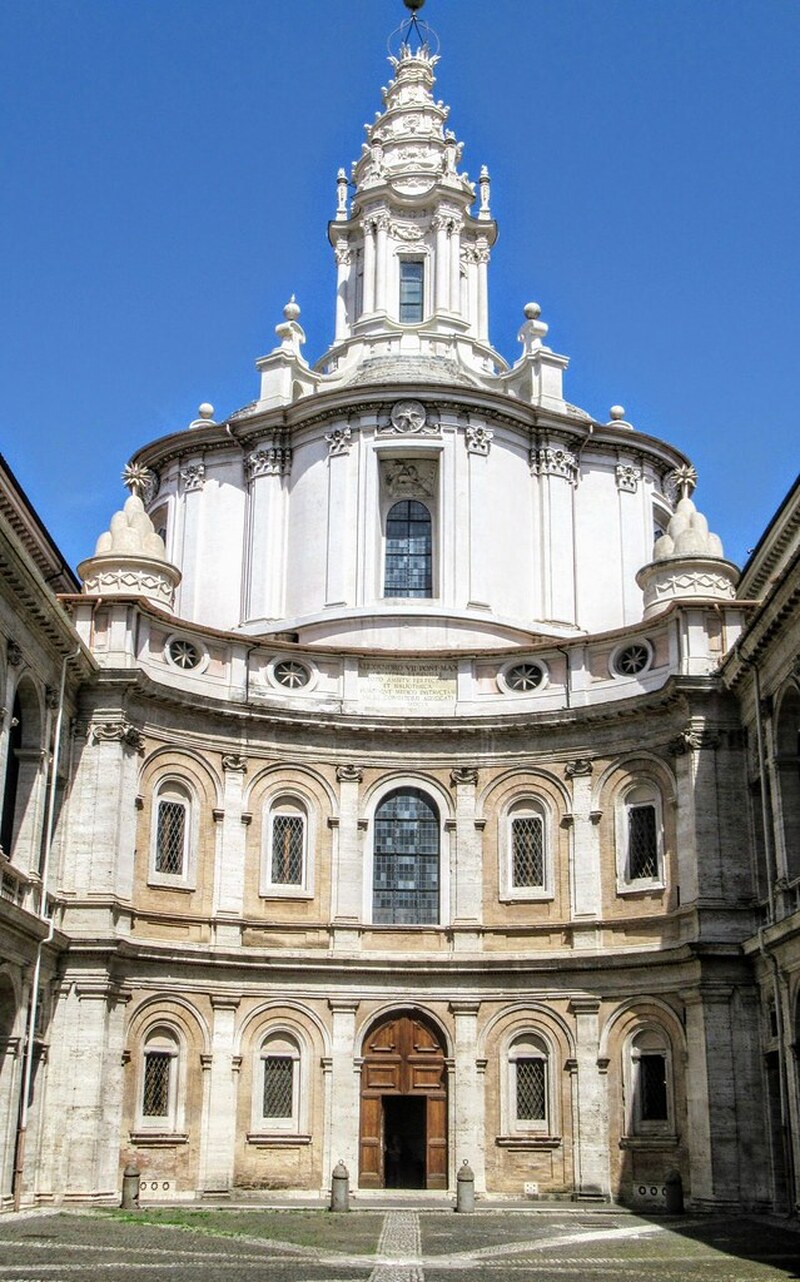 The church's curved brick and travertine facade is made up of two storeys. The lower storey has Doric pilasters, the upper Ionic. In the centre of the attic storey is an inscription, which reads: ALEXANDRO VII PONT MAX OB AEDEM SAPIENTIAE TOTO AMBITV PERFECTAM ET BIBLIOTHECA HORTOQVE MEDIO INSTRVTAM SACRI CONSISTORII ADVOCATE PONE MDCLX. (To Alexander the Seventh, Pontifex Maximus, for having brought to completion the Palazzo della Sapienza, and for supplying the library and the botanical garden. The lawyers of the Sacred Consistory placed this in 1660.) Each of the four side panels sports an eight-pointed star, part of the coat of arms of  the Chigi family, to which Pope Alexander VII (r. 1655-67) belonged. Their coat of arms also consists of a pyramid of six hills. Both hills and star appear at either end of the roof line of the facade.

The dome takes the form of a hexagon with curved sides. The drum has six large windows, each of which is flanked by a pair of Corinthian pilasters, with the Chigi star in the capitals. The window facing the courtyard is surmounted by a bas-relief of the Agnus Dei. The Lamb of God sits on the Book with Seven Seals, a reference to the Book of Revelation.

The lantern is famous for its curious helter-skelter spire. The spire ends in a wreath with flames issuing from it. It is capped with four bronze hoops supporting a sphere. On top of the sphere is a dove bearing an olive branch in its beak and a cross embellished with three fleurs-de-lys. Such a dove and three fleurs-de-lys appear on the coat of arms of the Pamphilj family, of which Pope Innocent X (r. 1644-55) was a member.

The unique layout of the interior of the church takes the form of an inverted equilateral triangle, which has had its angles cut to create shallow curves. Each of the three lines of the triangle break out in the middle into semi-circles. The design can be seen most clearly by looking up at the cornice of the dome.

The decoration of the interior took place during the reign of Pope Alexander VII. In the dome the eight-pointed star of the Chigi family alternates with the six-pointed star of David, a symbol of wisdom.

An inscription in the sanctuary proclaims: INITIVM SAPIENTAE TIMOR DOMINI (The fear of the Lord is the beginning of Wisdom), a quotation from Psalm 111. The enormous altarpiece is by Pietro da Cortona (1596-1669) and depicts a group of saints in glory.

The marble floor, which is made up of white and grey trapezoids, is original and was designed by Borromini.

Sant' Ivo alla Sapienza is dedicated to St Ivo of Kermatin, a 13th century Breton priest, who is the patron saint of lawyers and abandoned children. His feast day is May 19th. 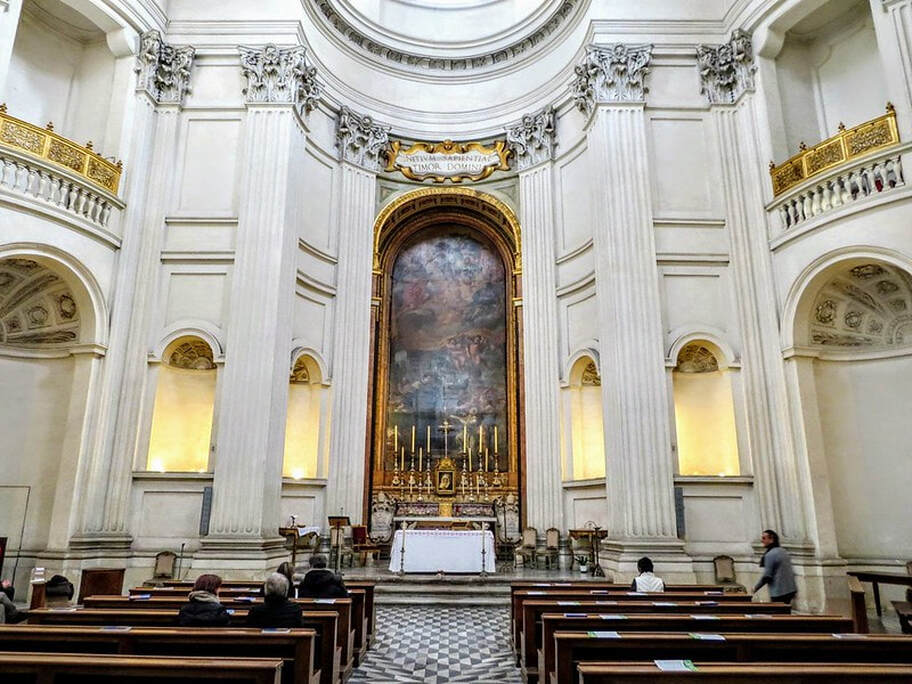 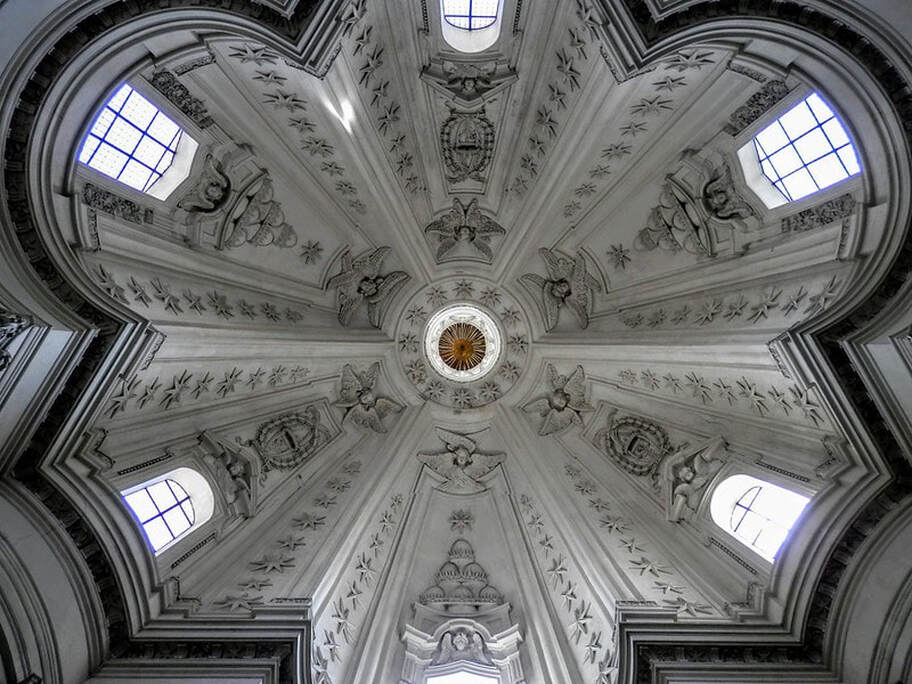 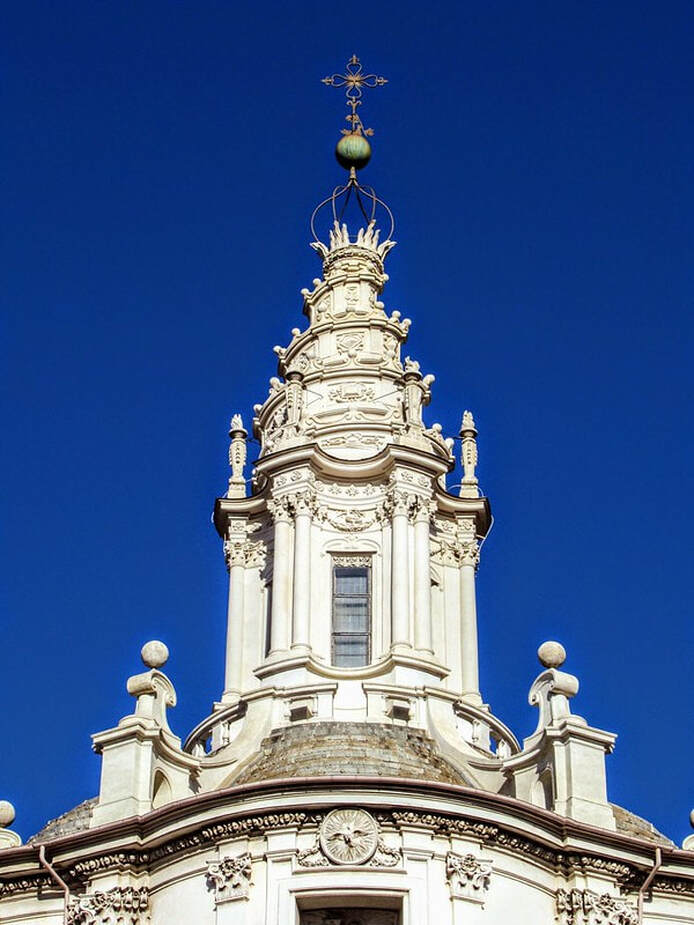 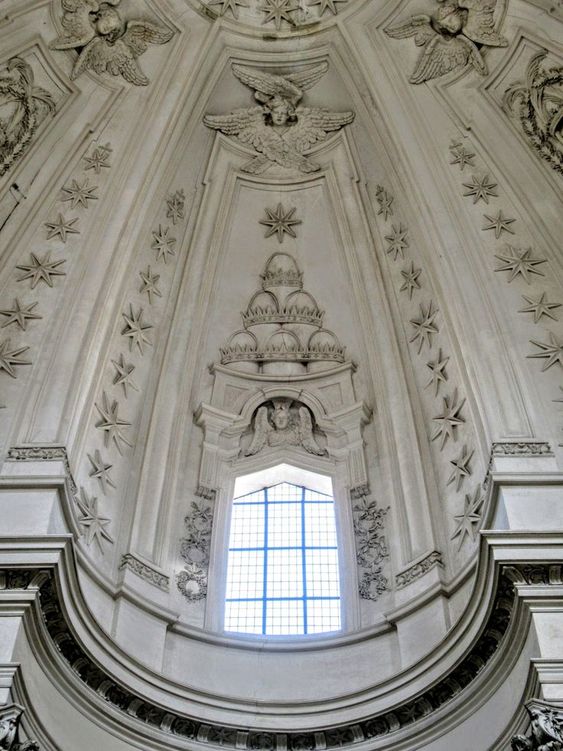 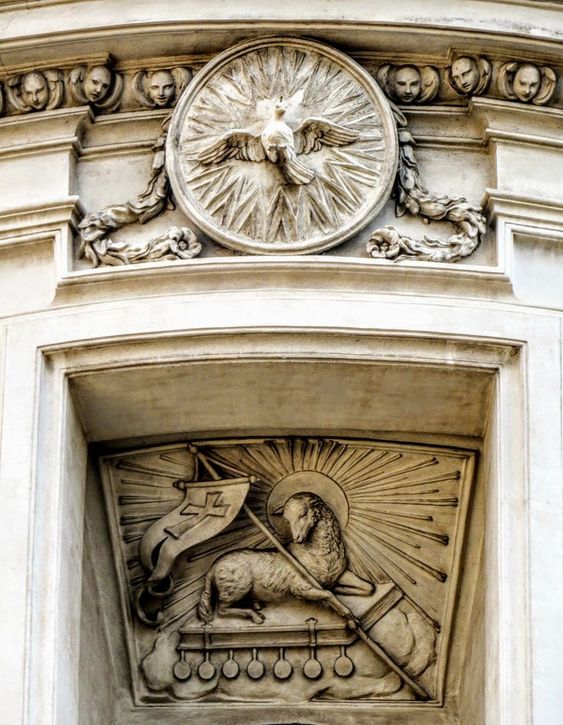 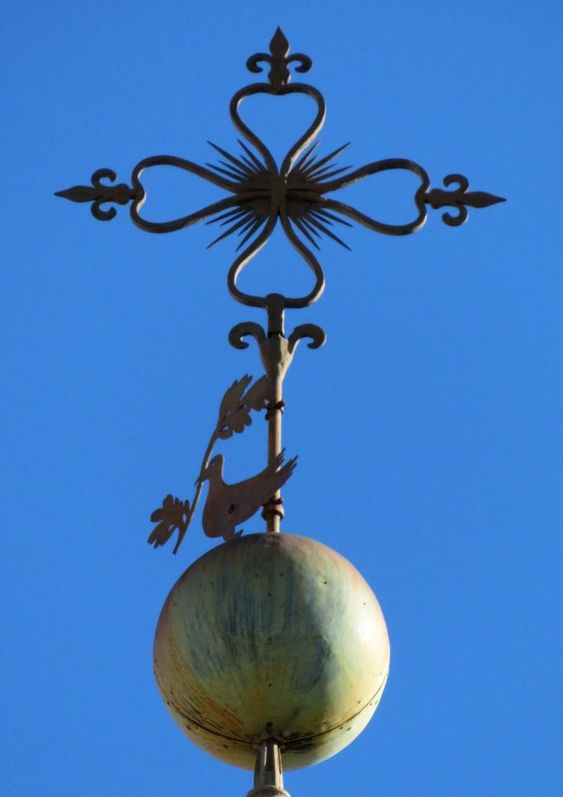 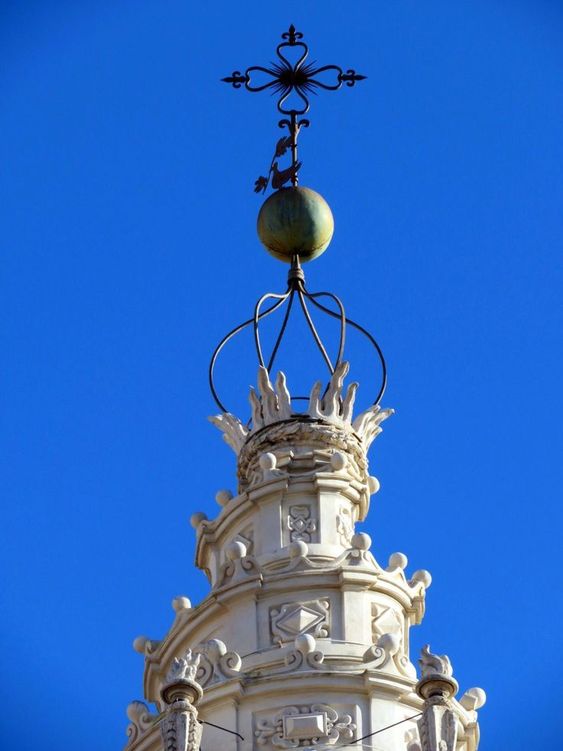 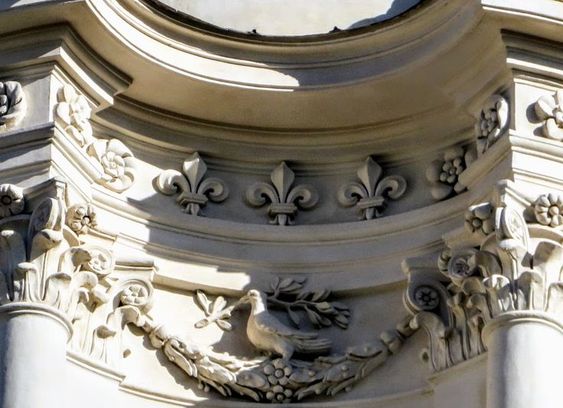