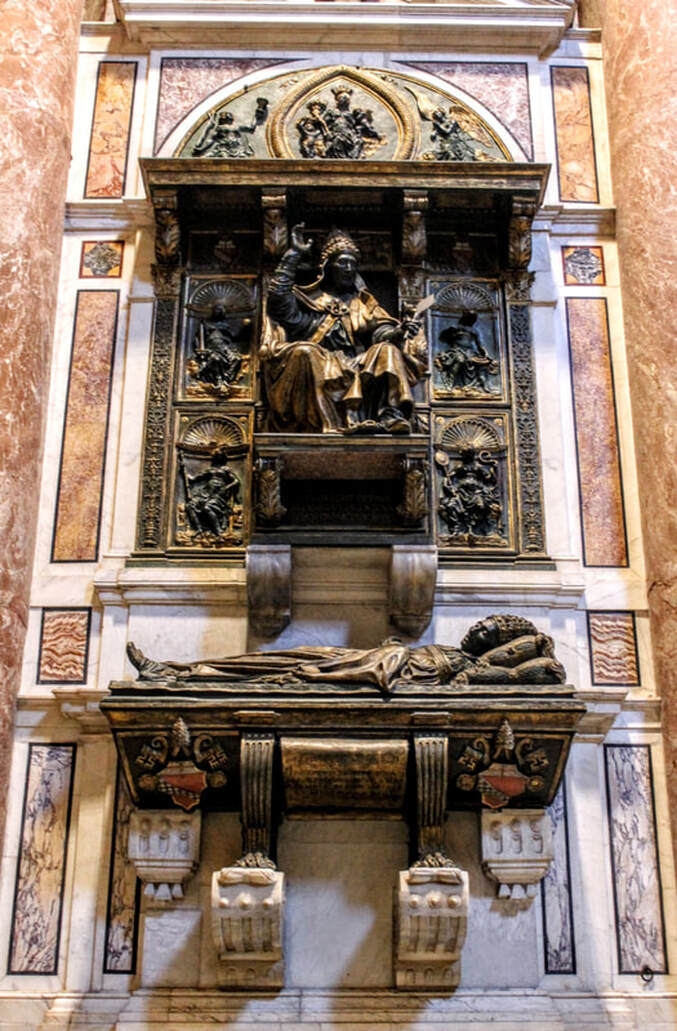 ​Pollaiuolo's beautiful monument to Pope Innocent VIII was originally created for the old basilica. It depicts the pope both alive and dead, but for some inexplicable reason the positions were inverted when the monument was set up in the new basilica.

The pope holds in his left hand the tip of the lance that pierced the side of Christ as he was hanging on the cross. The actual relic was presented to Pope Innocent VIII by the Ottoman Sultan Bayezid II in 1492. To either side of the seated pope are reliefs of the four cardinal virtues, while the lunette has reliefs of the three theological virtues.
Gallery 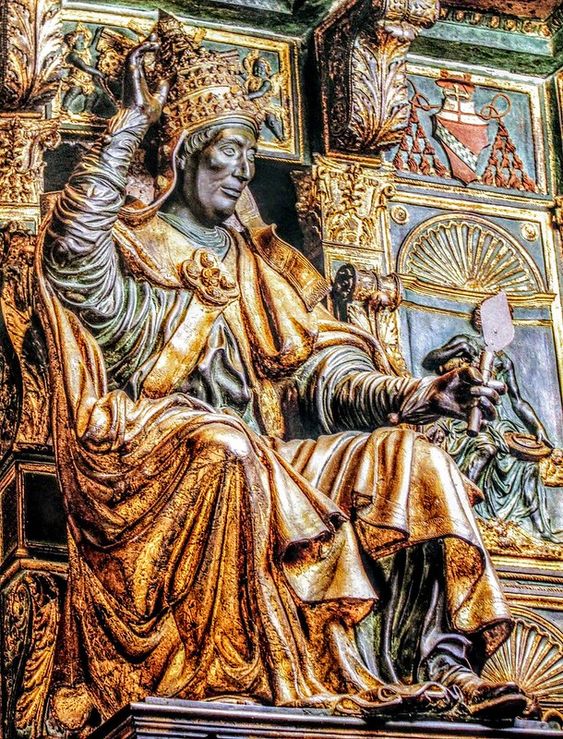 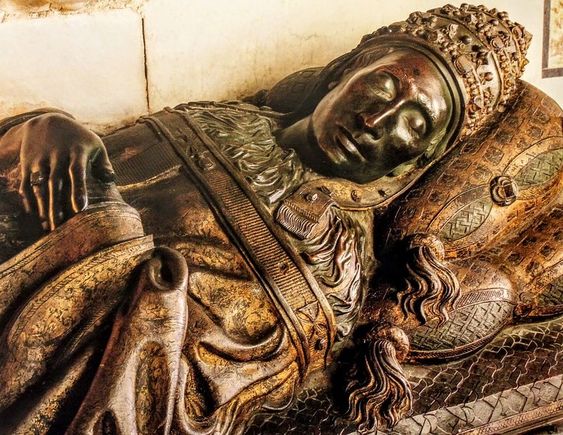