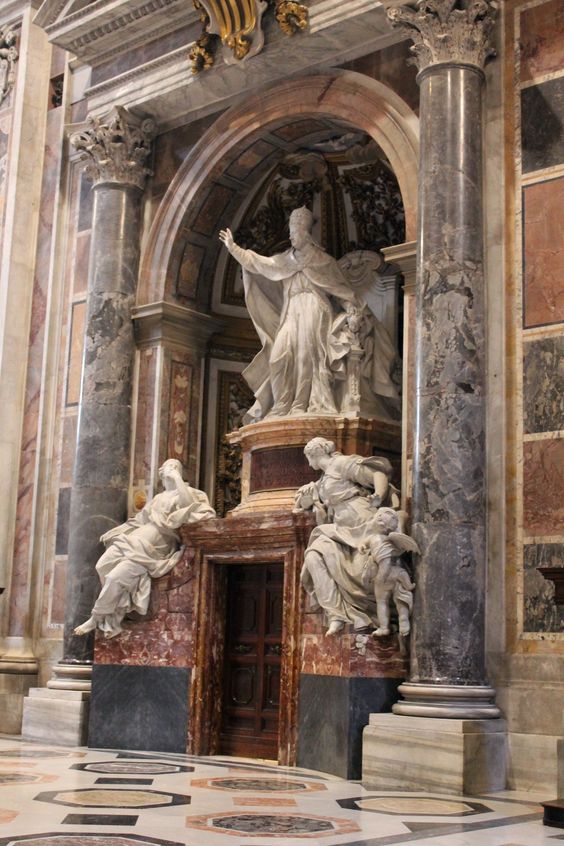 The monument to Pope Benedict XIV was created by the Roman sculptor Pietro Bracci (1700-73). The Pope is depicted rising from his throne to give his blessing. Below him are statues of Wisdom and Disinterestedness. The latter rejects an angel, who is proffering a cornucopia filled with jewels and coins.

Prospero Lambertini never expected to become pope and was only elected after six months of balloting, the longest conclave in modern times. He was elected on the 255th ballot, having not received a single vote in the previous 254!

Benedict XIV died on May 3rd, 1758; his last words were: 'Our Lord died under Pilate, I shall die under Pontius'. The latter was the name of the pope's doctor.