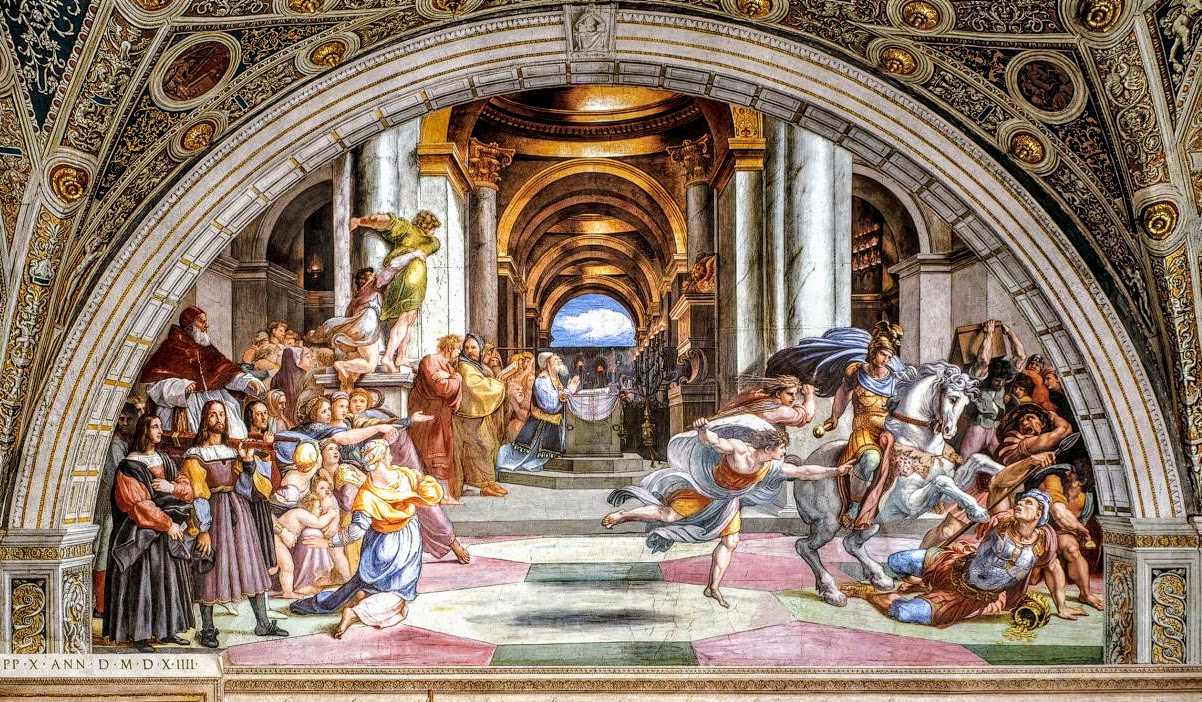 The Expulsion of Heliodorus from the Temple
The Stanza di Eliodoro (Room of Heliodorus) was set up by Julius II (r. 1503-13) for the private audiences the Pope would grant to important political, religious and diplomatic dignitaries. The frescoes, which were executed between 1511 and 1514 by Raphael, were designed to reflect the importance of the room's purpose and the meetings that took place there. The general theme of the pictorial decoration is the protection bestowed by God on the Church.

The other three wall frescoes depict the Mass at Bolsena, the Liberation of St Peter and the Meeting of Pope Leo the Great and Attila.

The four frescoes of the vault represent episodes of divine intervention in the history of Israel: the Burning Bush, the Announcement of the Flood to Noah, Jacob's Dream, and the Sacrifice of Isaac. 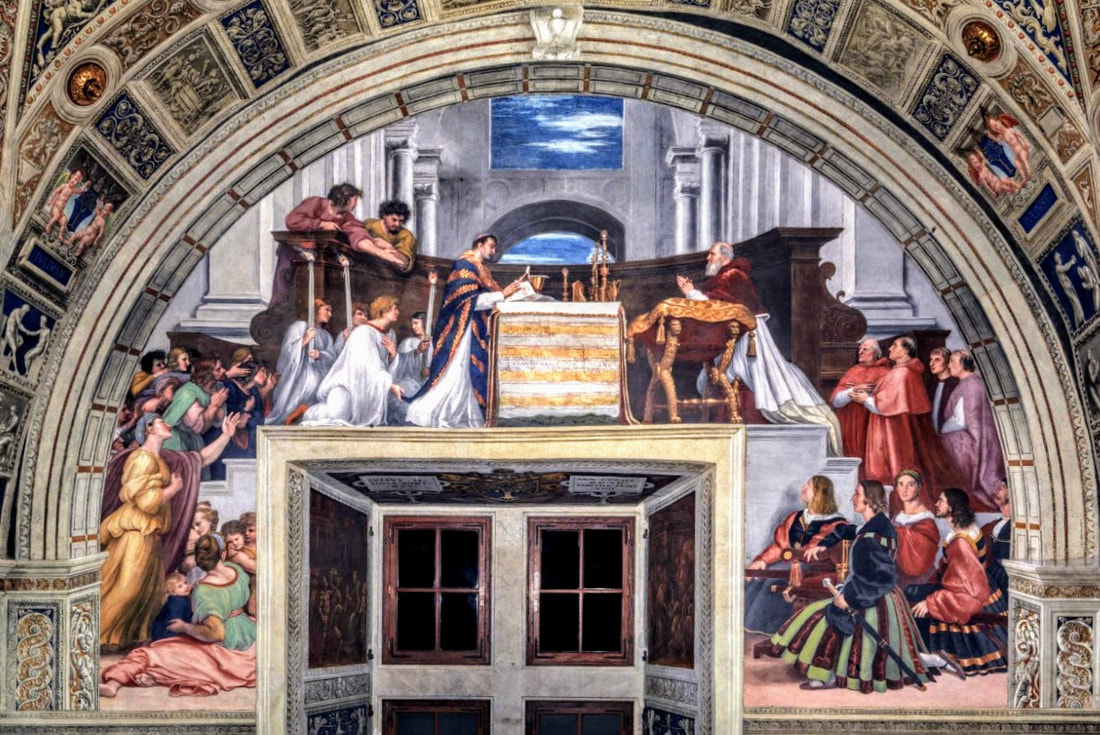 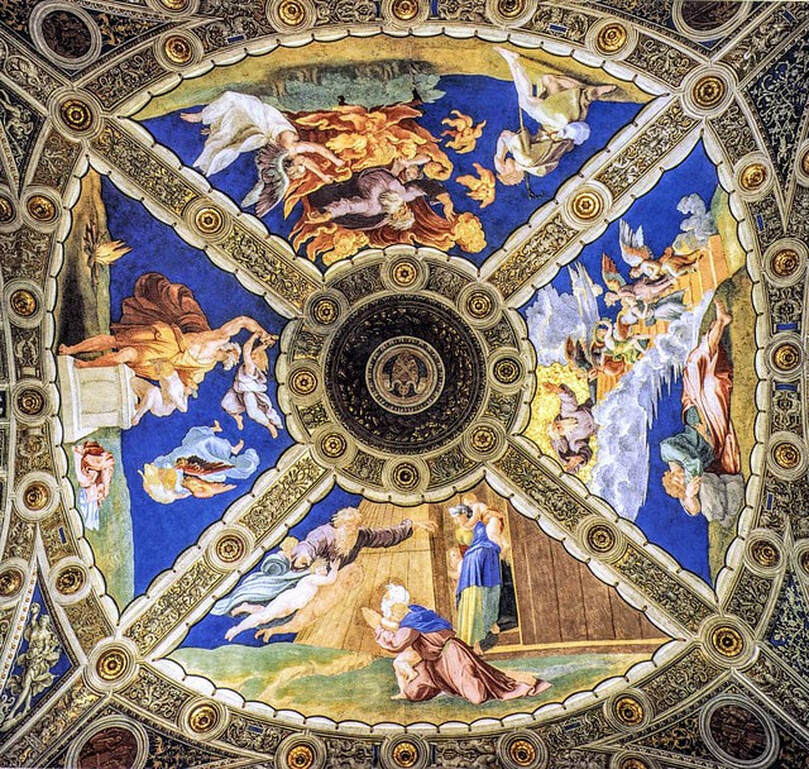