Fountain of the Four Rivers 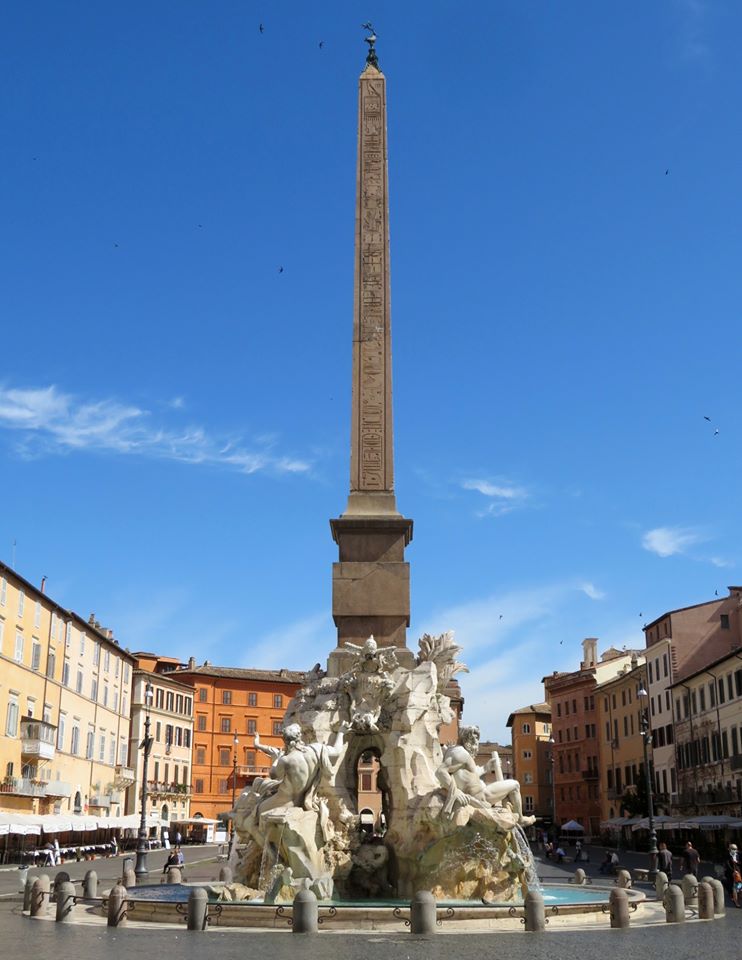 As a cardinal, Giambattista Pamphilj had moved into a palace (now home to the Brazilian Embassy) on the west side of Piazza Navona. When, in 1644, Cardinal Giambattista Pamphilj became Pope Innocent X he decided to stamp his papal presence on the piazza by commissioning a fountain to grace its centre. And the pope wanted the fountain to incorporate in its design an ancient Egyptian obelisk, which had recently been unearthed in the Circus of Maxentius, which lies outside the city walls.

Bernini rose to the challenge magnificently and created an ensemble in which the huge weight of the granite is borne, seemingly effortlessly, by hollowed out blocks of travertine. The obelisk is crowned with a bronze dove bearing an olive branch in its beak, the heraldic symbol of the Pamphilj family.

At the base of the fountain sit four marble river-gods, which personify the rivers Ganges, Danube, Plate and Nile, each of which can be identified by the adjacent animals and plants. The Río de la Plata also sits next to a pile of coins, a symbol of the riches of South America (plata is the Spanish word for silver), and the Nile's head is draped with a piece of cloth to indicate that, in the middle of the 17th century when the statue was carved, the source of the world's longest river was still unknown.

Bernini completed the fountain in the space of three years, not alone, but as the head of a well-organised studio. The master made the designs, while other sculptors did the actual carving: Claude Poussin (Ganges), Giacomo Antonio Fancelli (Nile), Antonio Raggi (Danube) and Francesco Baratta (Plate). 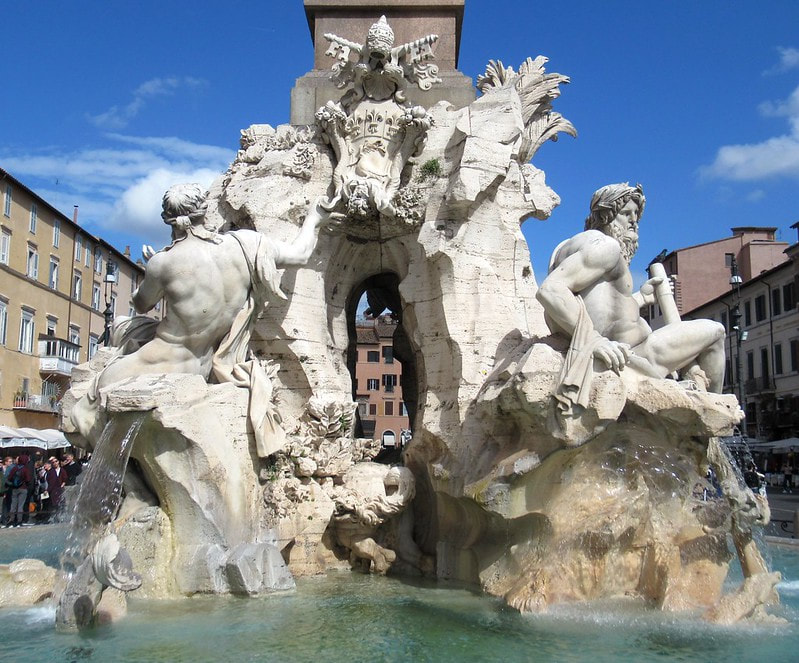 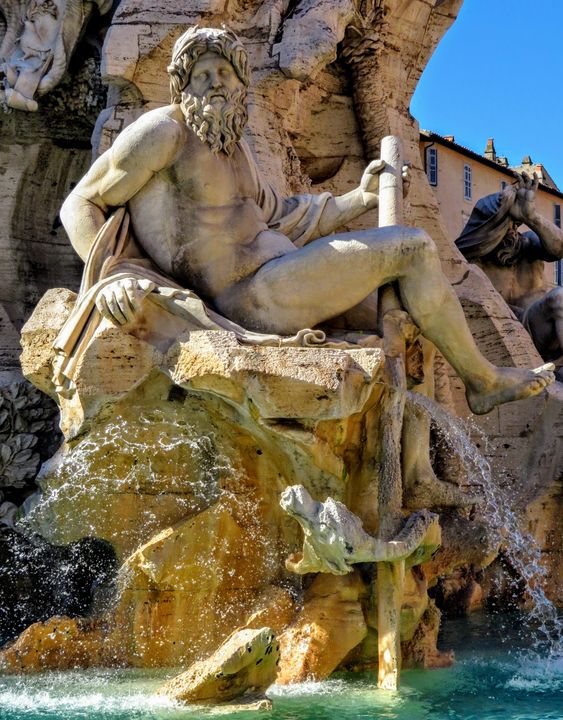 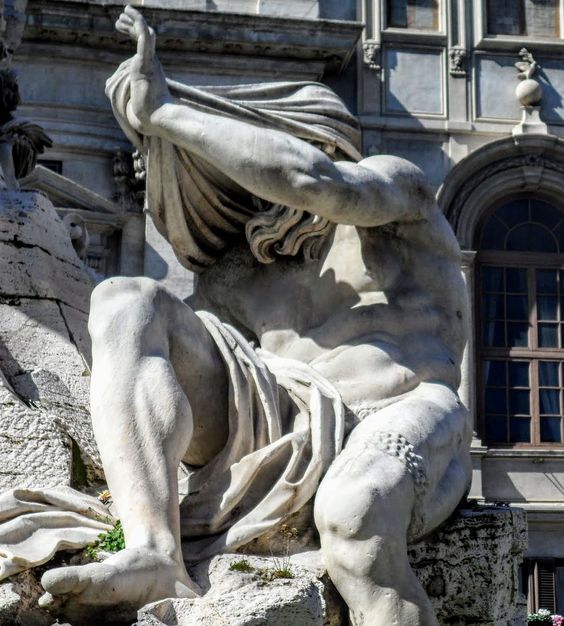 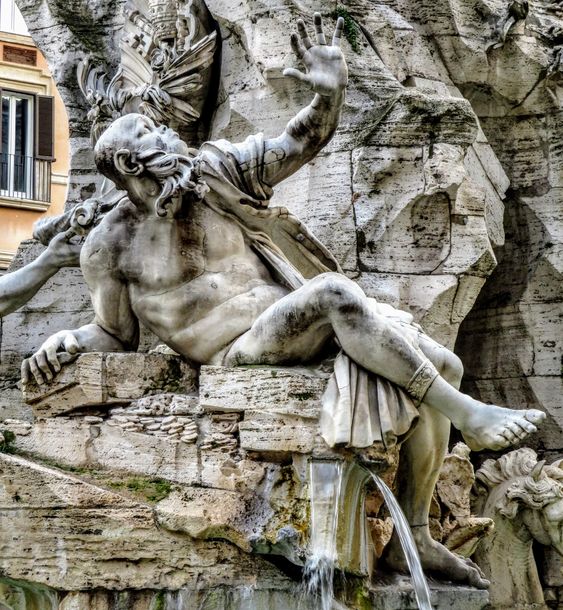 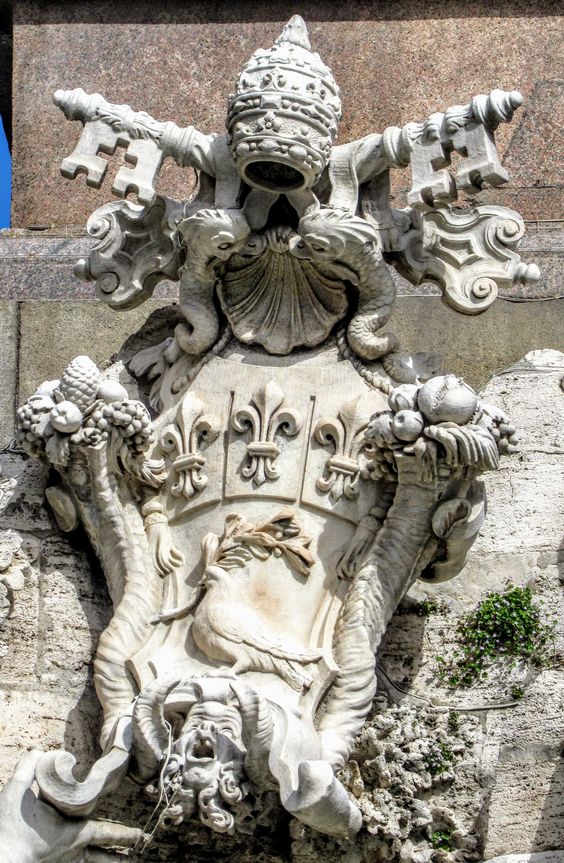