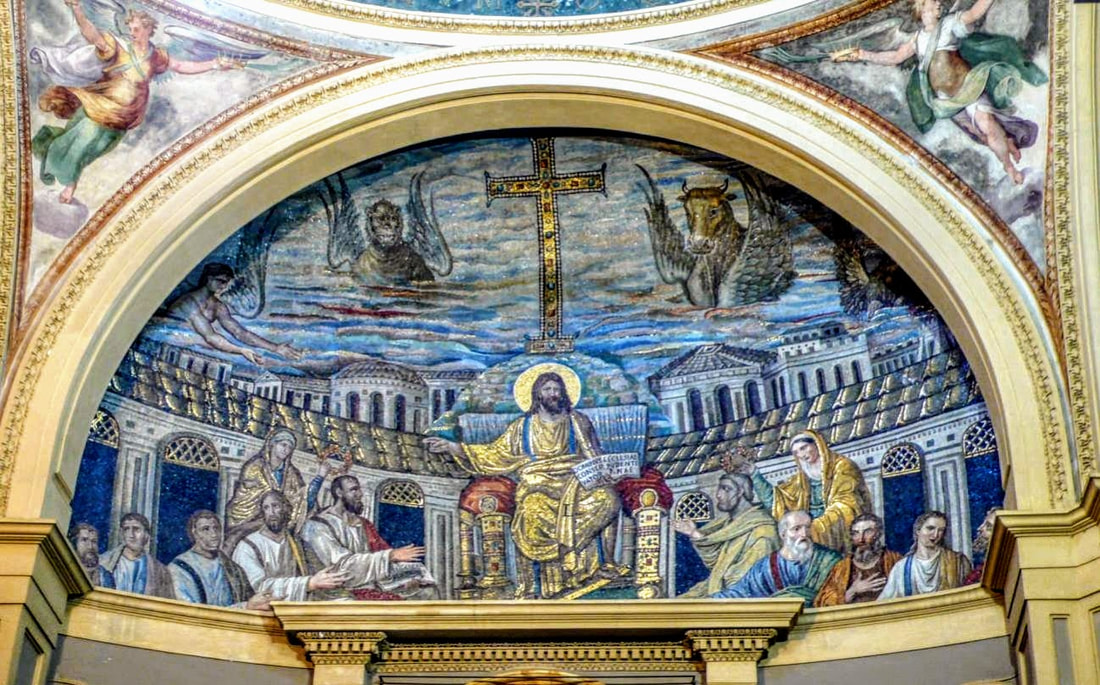 Santa Pudenziana
The church of Santa Pudenziana, which is thought to have been built c. 390, is home to the oldest mosaic to be found in the apse of any church in Rome.

The church is dedicated to St Pudentiana, sister of St Praxedes (whose own church lies nearby), and daughter of the Roman senator Pudens, who is thought to have given hospitality to St Peter in a house on this site, when the apostle first arrived in Rome.

As originally constructed, the mosaic was considerably larger than it is at present. However, by 1588 the outermost of the twelve apostles had disappeared. The two figures behind Saints Peter and Paul have been identified by some as the two sisters, Saints Pudenziana and Prassede, and by others as personifications of the Churches of the Circumcision and the Gentiles.

Christ, the only figure to have a halo (to be expected in a mosaic of such an early date), is seated on a throne above the apostles. He extends his right hand in blessing and in his left hand he holds a book, which is open to reveal the words: Dominus Conservator Ecclesiae Pudentianae (The Lord, Preserver of the Church of Pudentiana).

Above the arcade of windows, which forms the background to the figures, are rows of decoration in green and gold (intended to represent the tiles of the roof). Above the roof we see groups of buildings. In the colourfully striated sky, we see the symbols of the four evangelists and an immense jewelled cross.
Gallery 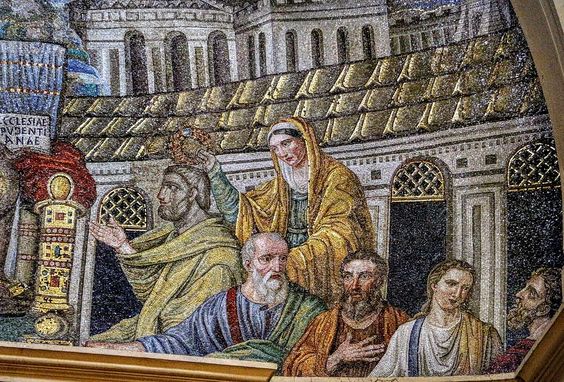