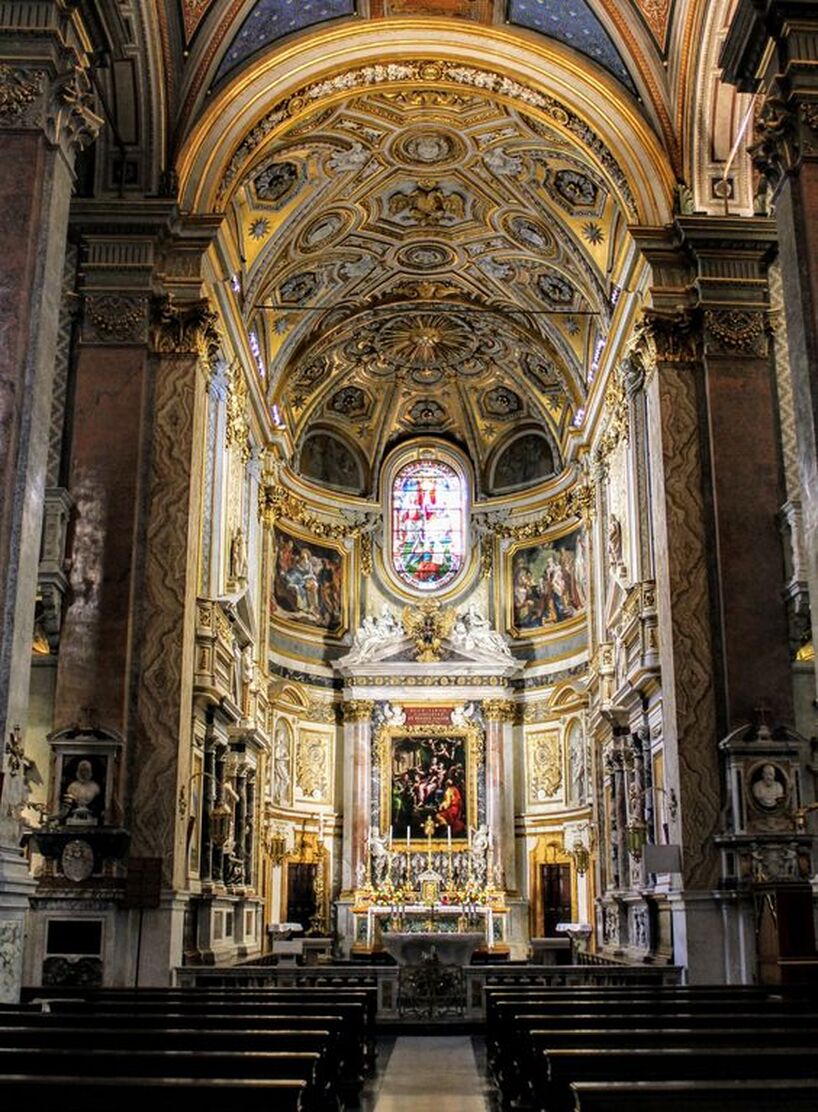 Apse
Santa Maria dell' Anima (St Mary of the Souls), which is the national church of the Germans, was consecrated in 1543. The church takes the form of a Hallenkirche, in that the aisles are the same height as the nave. The sculpture of the Madonna Between Two Souls in Purgatory, above the main door, is a copy of work attributed to Andrea Sansovino (c. 1467-1529); the original is kept in the sacristy.

The church's campanile (bell tower), with its poly-chromatic spire, is one of the most striking in Rome. It is crowned with a double-headed eagle, the symbol of the Holy Roman Emperor.

As the aisles are the same height as the nave, this means that the side chapels are extremely high. In the first two chapels on either side of the church are two fine paintings by Carlo Saraceni (1579-1620), a Venetian artist who worked most of his life in Rome.

The sumptuous decoration of the sanctuary is by Paolo Posi (1708-76). The painting of the Holy Family with Saints (1522), over the high altar, is the work of Giulio Romano (c.1499-1546), a pupil of Raphael.
​
The sanctuary is the final resting place of Pope Adrian VI (r. 1522-23), a Dutchman from Utrecht, who was the last non-Italian pope until the election, almost 500 years later, of John Paul II (r. 1978-2005). His funerary monument was designed by Baldassare Peruzzi (1481-1536), with sculptures by Michelangelo Senese and Niccolò Tribolo. An inscription laments: PROH DOLOR QVANTVM REFERET IN QVAE TEMPORA VEL OPTIMI CVIVSQVE VIRTVS INCIDAT (Alas, how important, even for the best of men, are the times in which he finds himself). Adrian VI, and the even shorter-reigning Marcellus II (r. April 9th-May 1st, 1555), are the only popes of the modern era to have retained their baptismal names.

On the opposite side of the sanctuary is the funerary monument to Karl Friedrich of Jülich Cleves Berg, who died in 1575. This monument was designed by Albert Pighius with sculptures by Nicolas Mostaert and Gillis van den Vliete. The former sculptor is known in Italian as Niccolò Fiammingo or Niccolò Pippi d'Arras and the latter as Egidio de le Riviere.

The church of Santa Maria dell' Anima is home to one of my favourite funerary monuments, that to Bishop Georgius Meisellius, whose epitaph consists of three words: VIVENS MORI MEMOR (Live remembering that you will die). 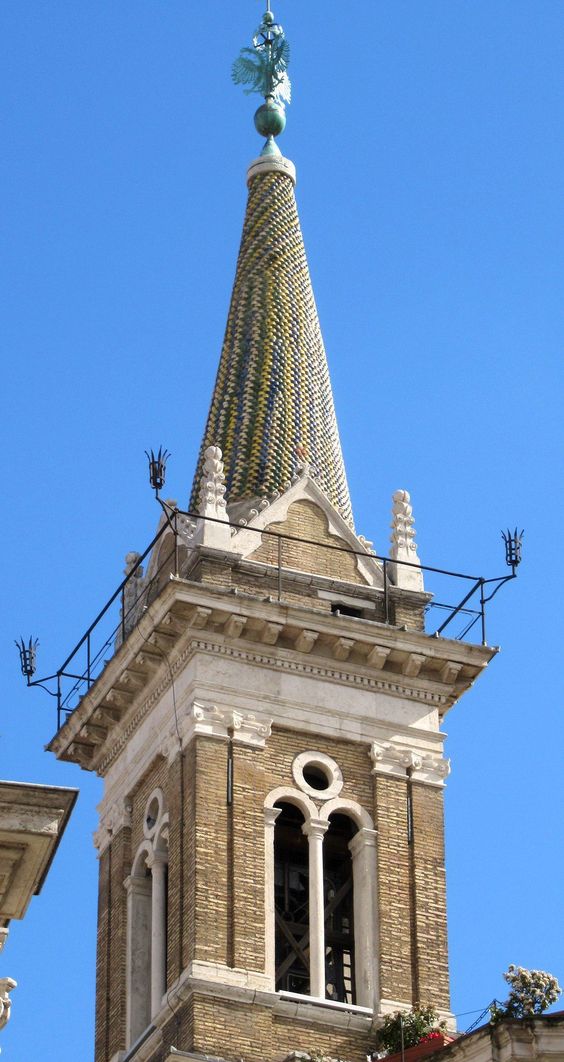 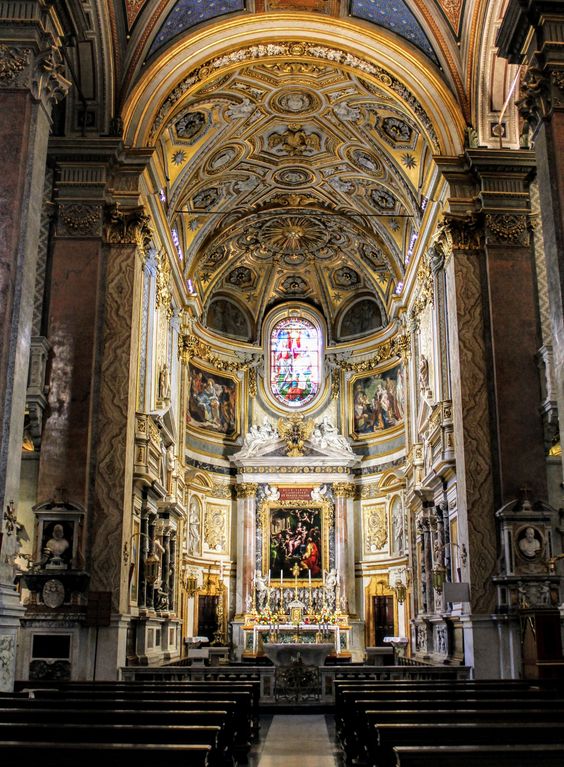 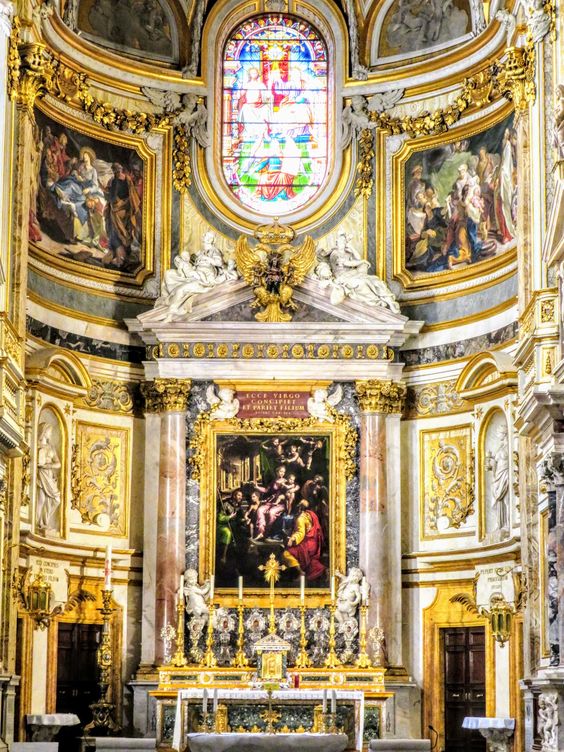 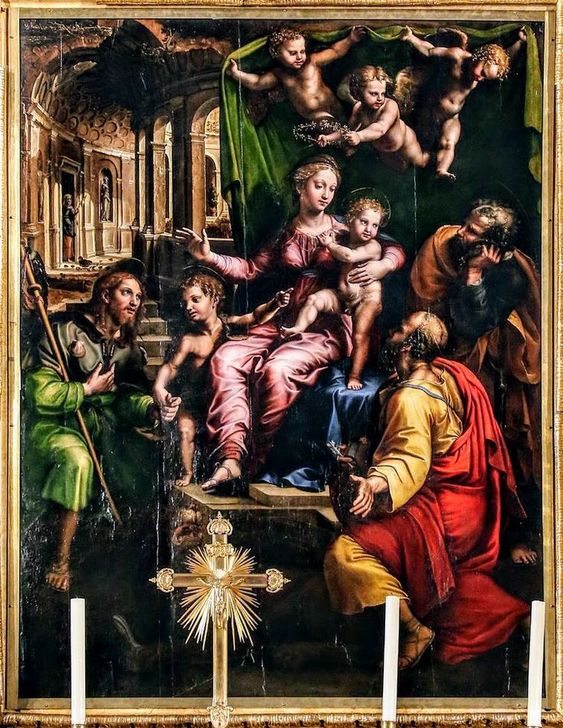 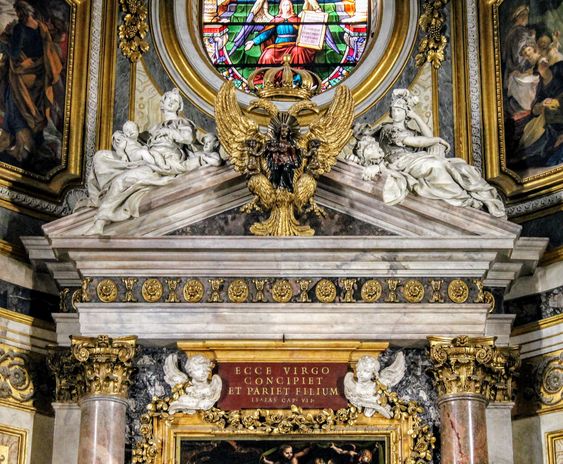 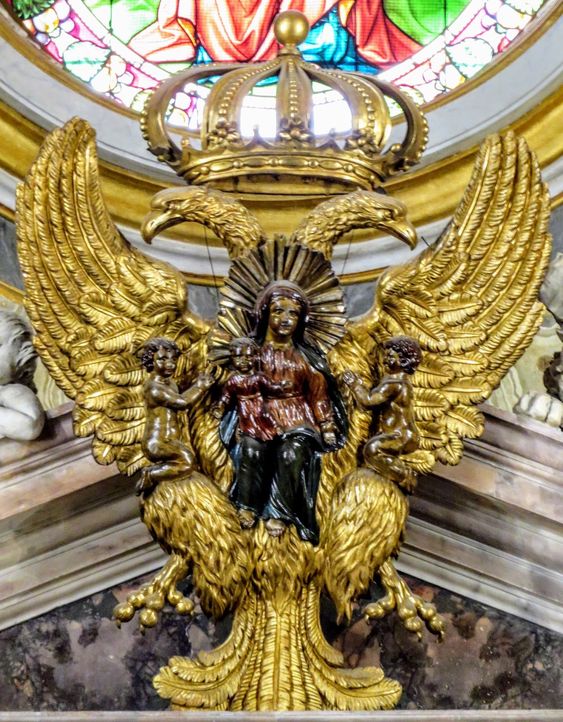 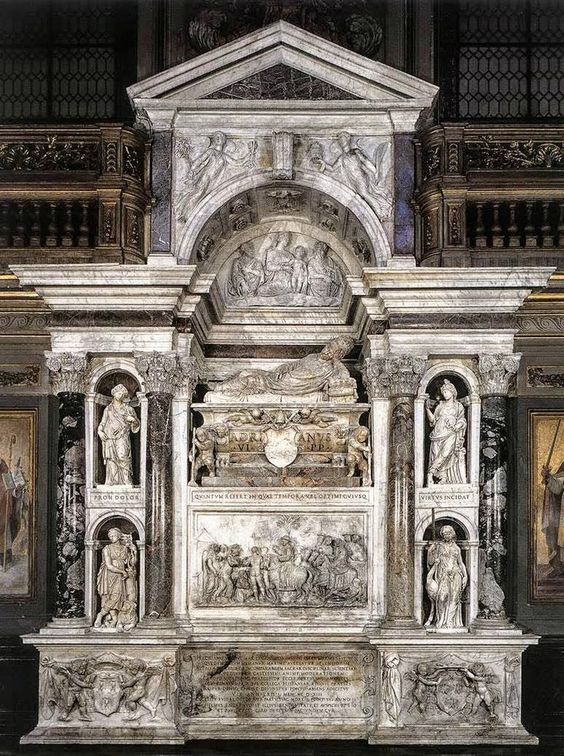 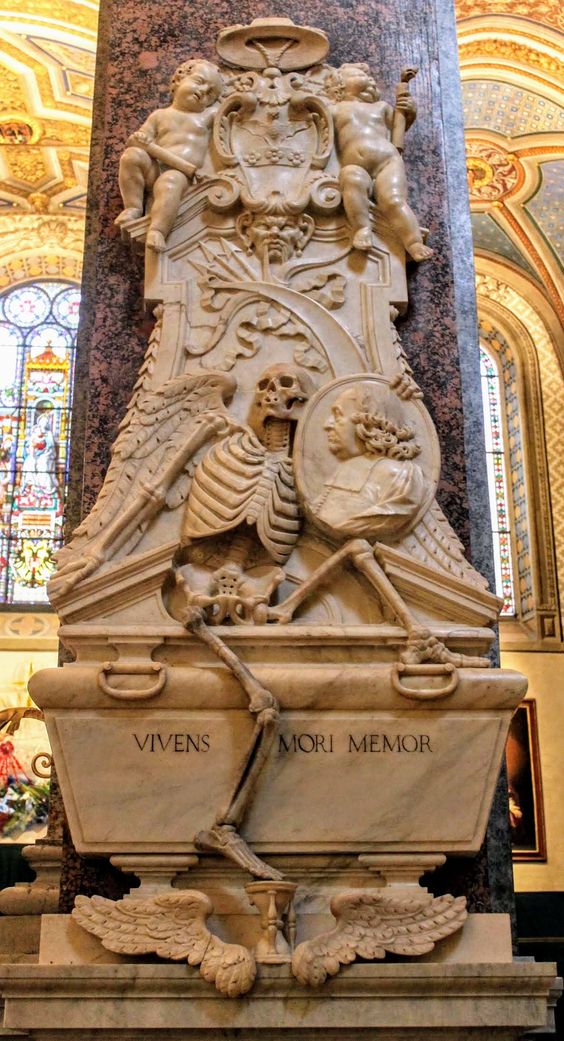 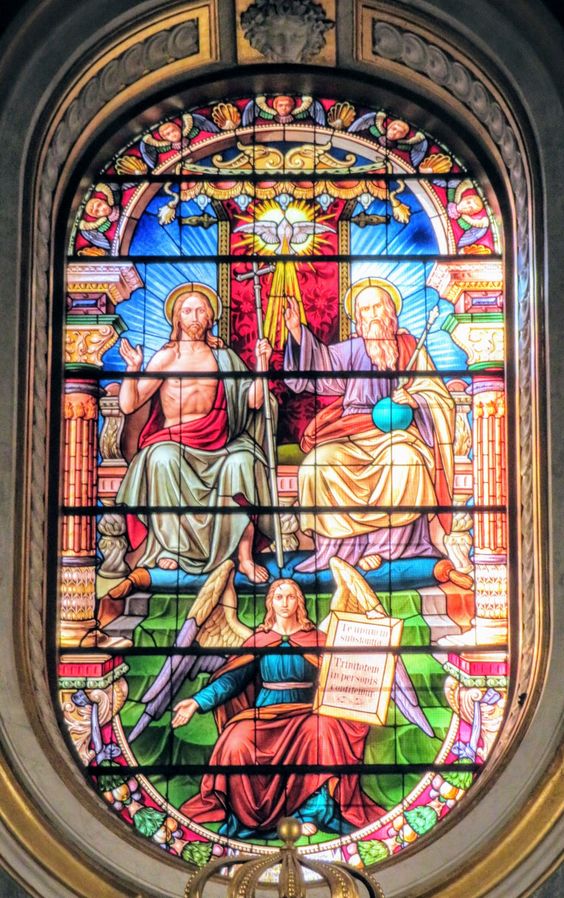 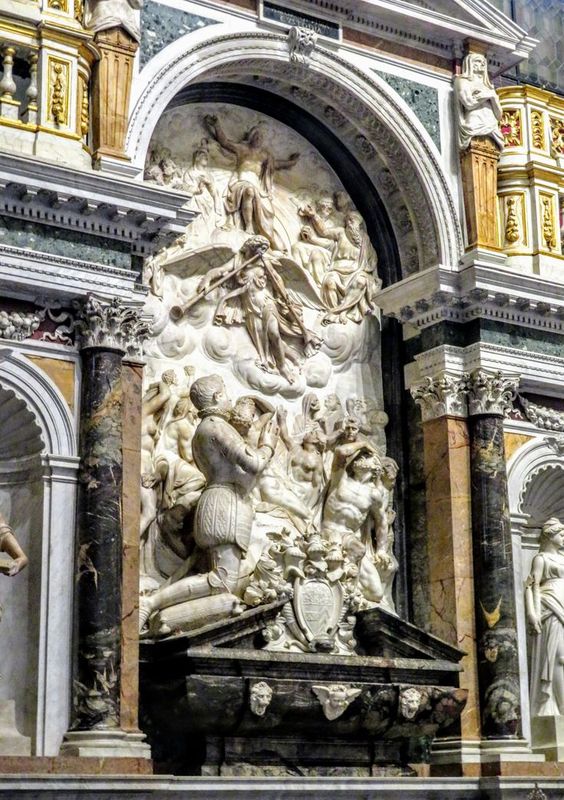 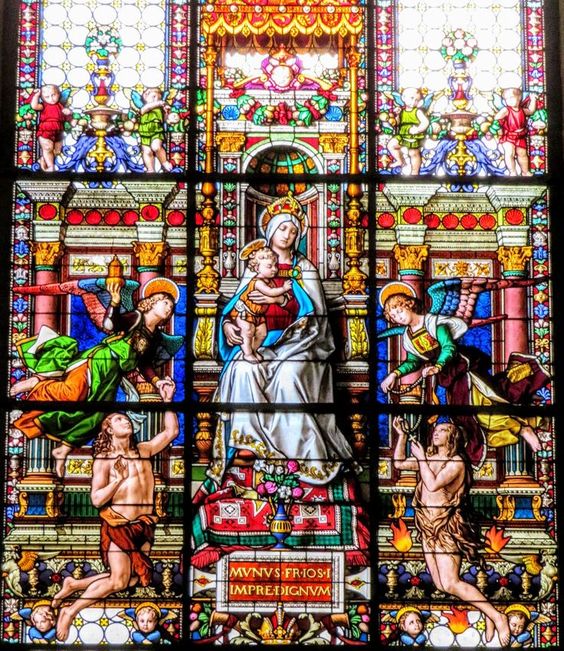