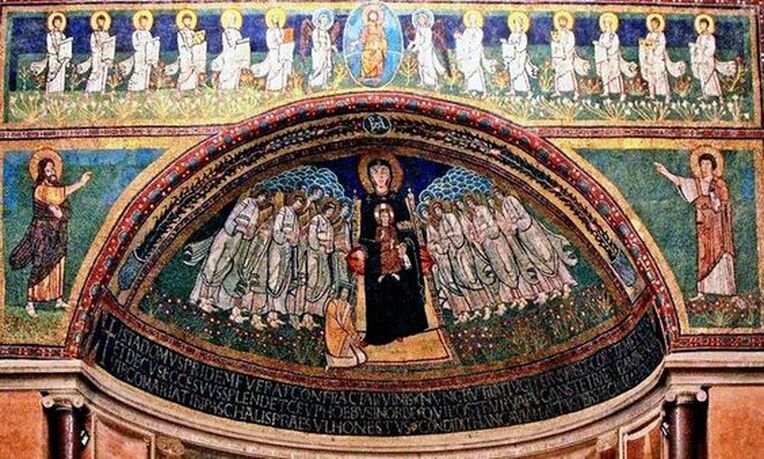 The mosaics in the church of Santa Maria in Domnica were commissioned by Pope Paschal I (r. 817-24).

In the centre of the apse mosaic, flanked by a throng of angels, sits the Madonna and Child. The Pope, who sports a square halo (indicating he was still alive when the mosaic was executed), kneels by the Madonna's right foot, which he cradles in his hands. The ground is carpeted with flowers. In the intrados of the arch is the pope's monogram.


The mosaic on the outside of the arch depicts Christ in a mandorla, an oval-shaped aureole. He is flanked by two angels, St Paul (left) and St Peter, and ten apostles. The two larger figures are thought by some to be St John the Baptist and St John the Evangelist. According to another school of thought, they represent Moses and Elijah.
Gallery 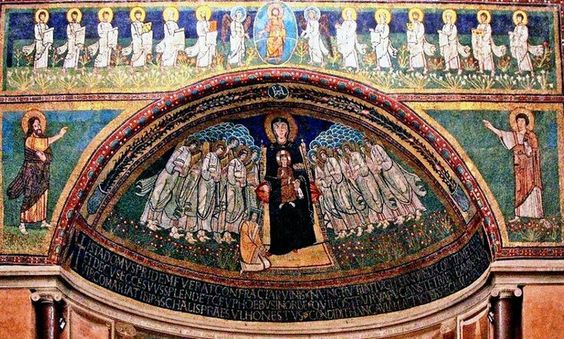 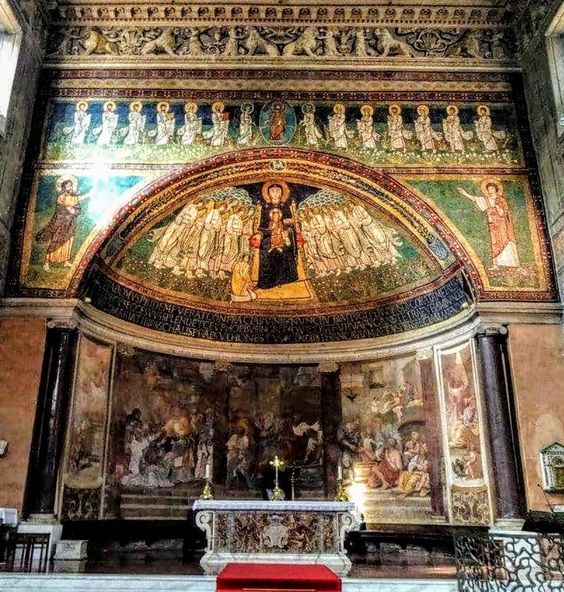