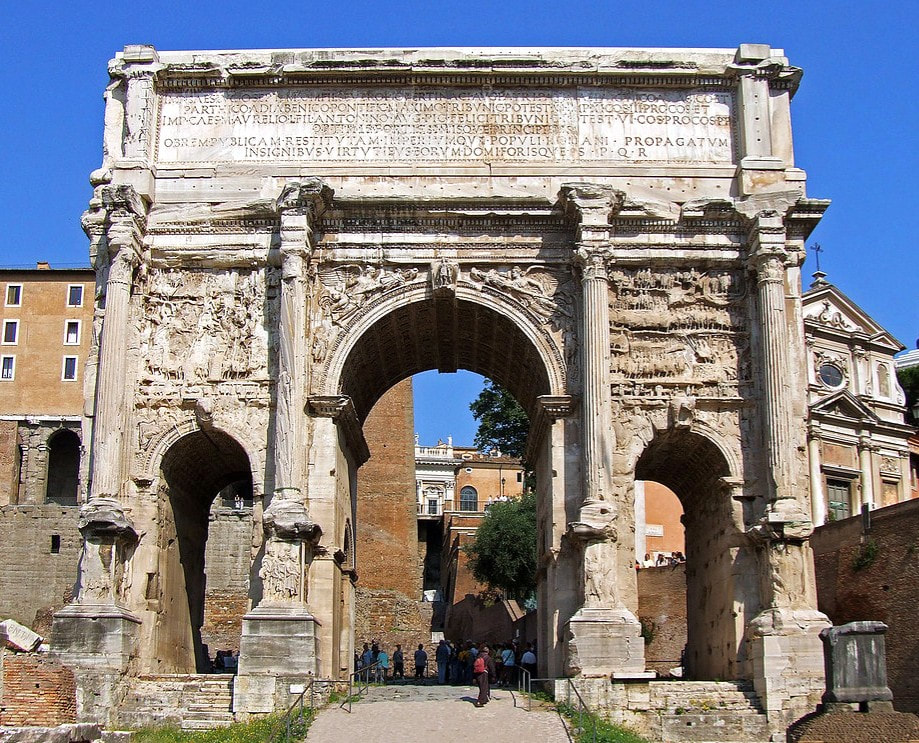 The inscription tells us that the arch was awarded to the emperor and his two sons, Caracalla (188-217) and Geta (189-211), for having restored the Republic and expanded the dominion of the Roman people.

The arch was originally crowned with a gilded bronze statue of the emperor and his sons riding in triumph in a chariot drawn by six horses, with foot-soldiers to either side and a cavalryman at each of the corners.

Septimius Severus was born (145) in Leptis Magna, a thriving port in what is now Libya, and grew up speaking Latin with a pronounced provincial accent. He came to power in the so-called 'year of the five emperors'.

Severus had intended that his two sons should rule jointly following his death. But Caracalla, the elder son, had other ideas, and had Geta killed less than a year into their rule.

The original inscriptions on the arch included Geta's name, but these references were eliminated when Caracalla declared his brother in damnatio memoriae. In other words, Geta was written out of history and all references to him were destroyed.