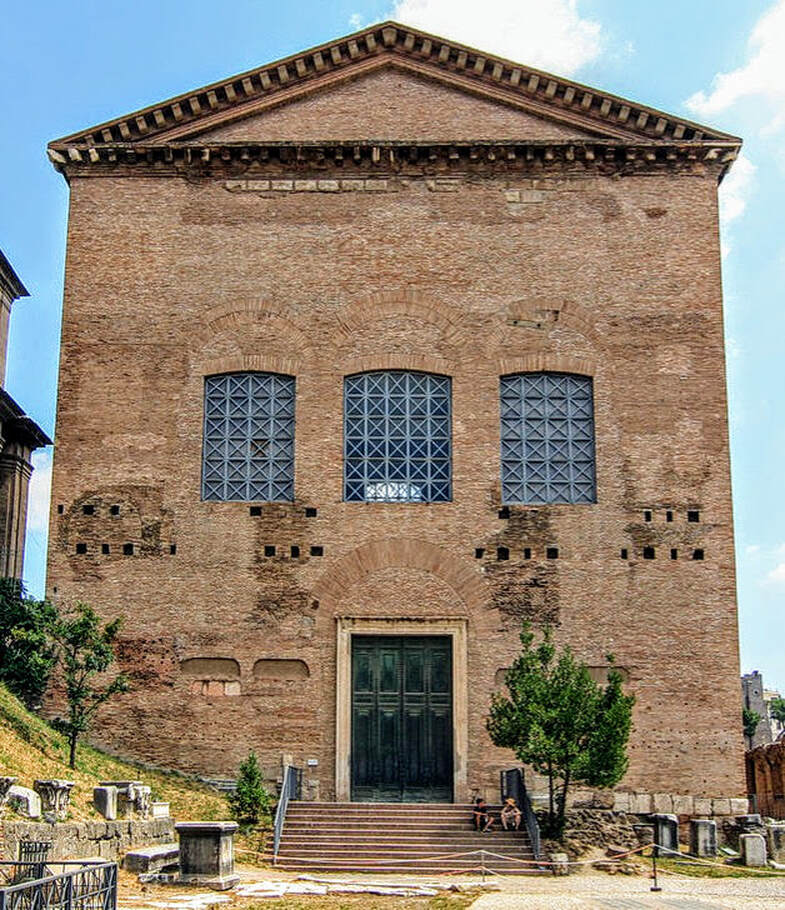 Curia Julia
The Curia Julia (Senate House) was begun by Julius Caesar to replace the old Curia Hostilia, which had burned down in 52 BCE. It was completed in 29 BCE. The building was once again destroyed in 283 CE and completely rebuilt to the same dimensions by the emperor Diocletian.

The interior of the Curia Julia is 25.20 m long by 17.61 m wide. There are three broad steps that could have fitted five rows of seats, room for about 300 senators. The walls are now bare, but they were originally veneered in marble two-thirds of their height.

In 630 the Curia Julia was converted into the church of Sant' Adriano al Foro, which accounts for the excellent state of preservation of its original porphyry and serpentine floor.

The great bronze doors were removed in the mid-seventeenth century to serve as the central doors of the Basilica di San Giovanni in Laterano (St John Lateran), Rome's cathedral.

In 1938, to celebrate the two-thousandth anniversary of the birth of Augustus, Rome's first emperor, Mussolini had the church removed and the Curia restored.
Gallery 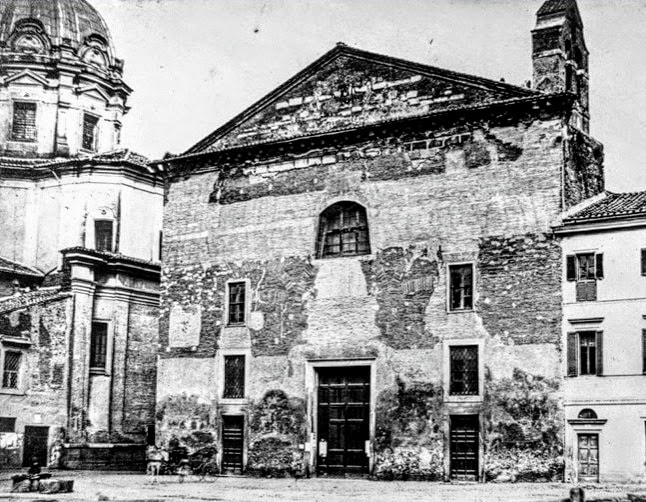 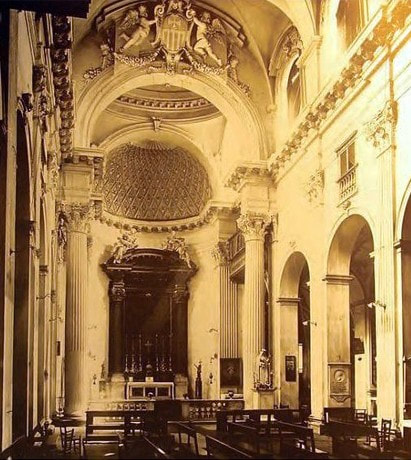