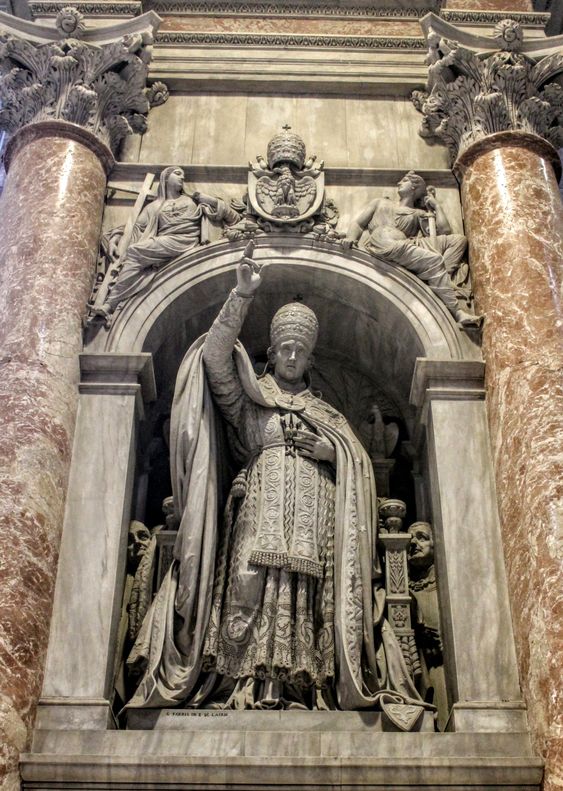 The monument to Pope Leo XIII is the work of the sculptor Giuseppe de Fabris (1790-1860). Barely visible behind the pope are the four cardinals who commissioned the monument. The two figures reclining on the arch represent Religion and Justice.

When Cardinal della Genga was elected pope he tried to decline, citing ill-health as the reason. He told his fellow cardinals, “You are electing a dead man”. For a man who claimed to be on the point of death, he managed to soldier on for another six years.