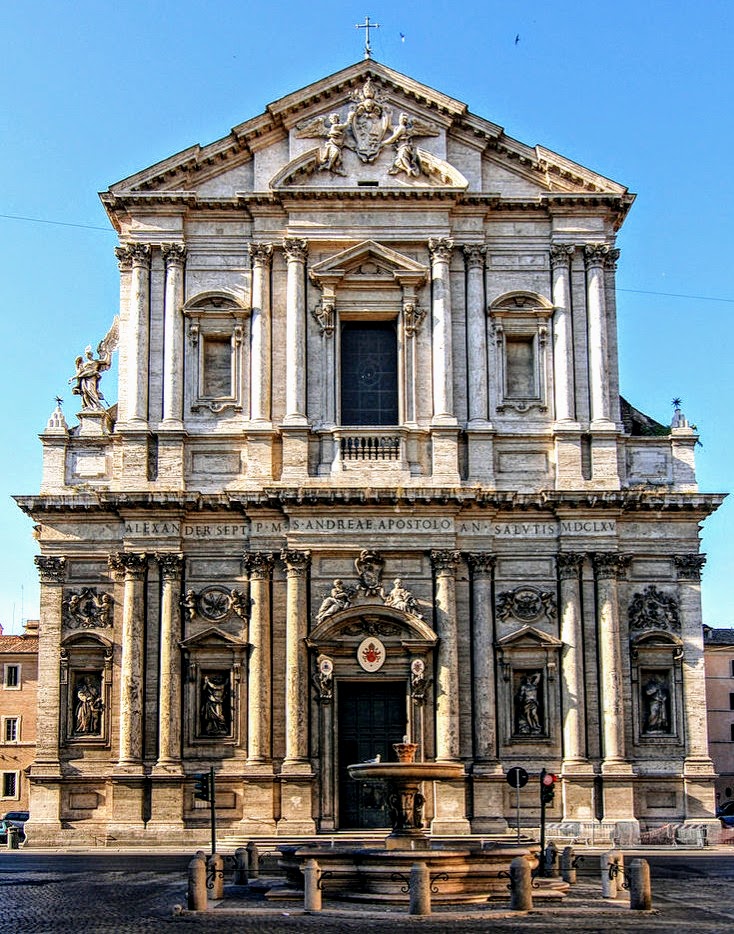 Sant' Andrea della Valle
Initially financed by Cardinal Alfonso Gesualdo for the Order of Theatines, the church of Sant' Andrea della Valle was begun in 1591. The architects were Giacomo della Porta, Pier Paolo Olivieri, and Carlo Maderno, who designed the spectacular dome, the highest in Rome after St Peter's.

The facade was added in 1665 by Carlo Rainaldi. It is crowned with the pope's coat of arms and emblazoned with the inscription: ALEXANDER · SEPT · P · M · S · ANDREAE · APOSTOLO · AN · SALVTIS · MDCLXV (Alexander the Seventh to St Andrew the Apostle. The year of salvation 1665). The four statues depict St Cajetan, St Andrew, St Sebastian and St Andrew Avvelino. Domenico Guidi carved the first and third statues, while Ercole Ferrata carved the second and fourth. Each statue is surmounted by a pair of putti bearing symbols of martyrdom. The statues of Hope and Strength, above the main entrance, are the work of Antonio Fancelli. The coat of arms belongs to Cardinal Francesco Peretti.

The aisless interior has a high barrel vault and a spacious apse. High up on the walls before the crossing are two funerary monuments, one to Pope Pius II (r. 1458-64) and the other to his nephew Pope Pius III (r. 1503).

The fresco in the dome is the Glory of Paradise (1621-27) by Giovanni Lanfranco (1582-1647). His contemporary Domenico Zampieri (1581-1641), better known as il Domenichino on account of his diminutive stature, added the frescoes in the pendentives and the scenes from the life of St Andrew in the vault of the apse. The frescoes above and to either side of the high altar, including the Martyrdom of St Andrew, are the work of Mattia Preti (1613-99).
Gallery 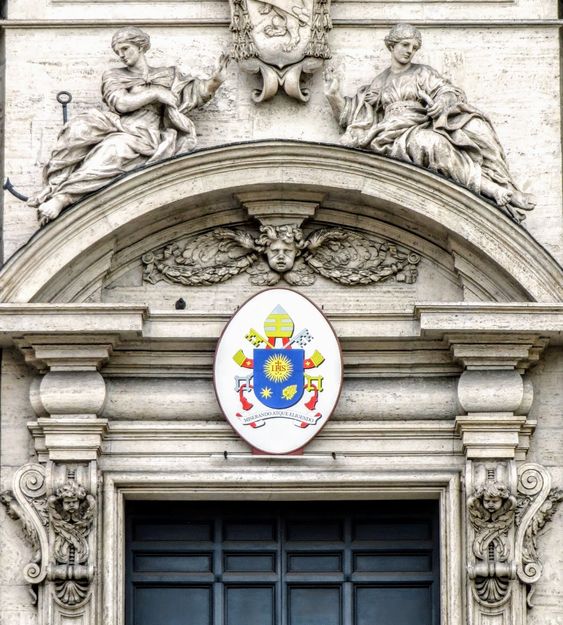 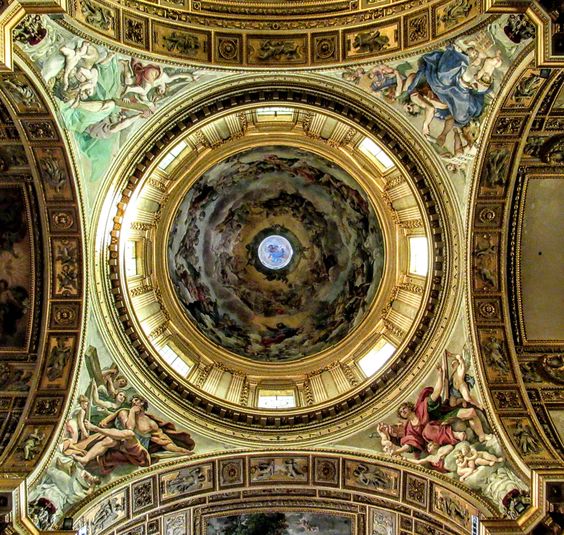 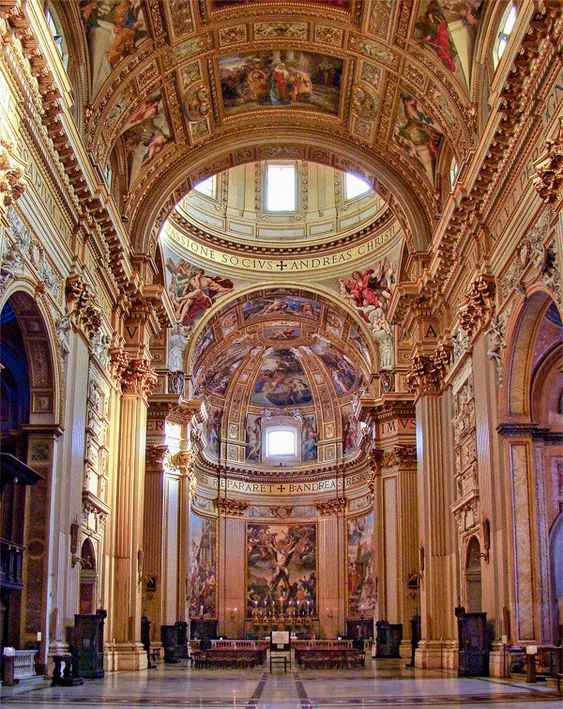 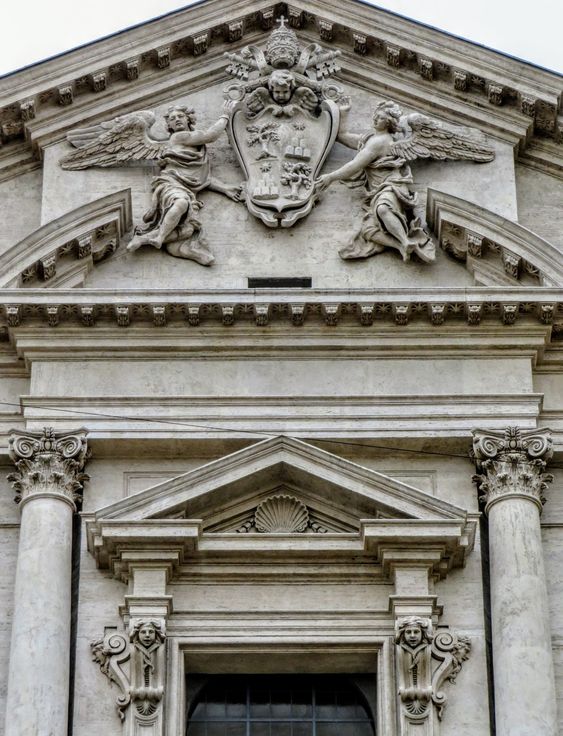 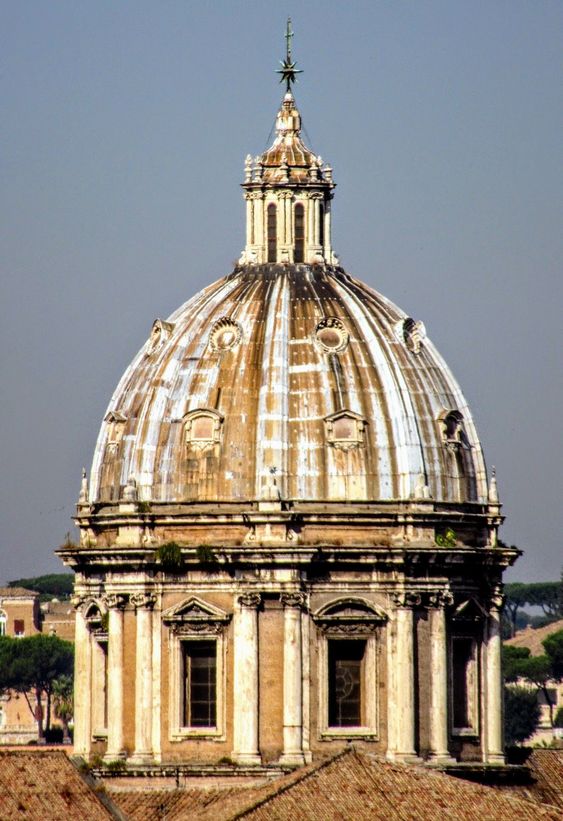