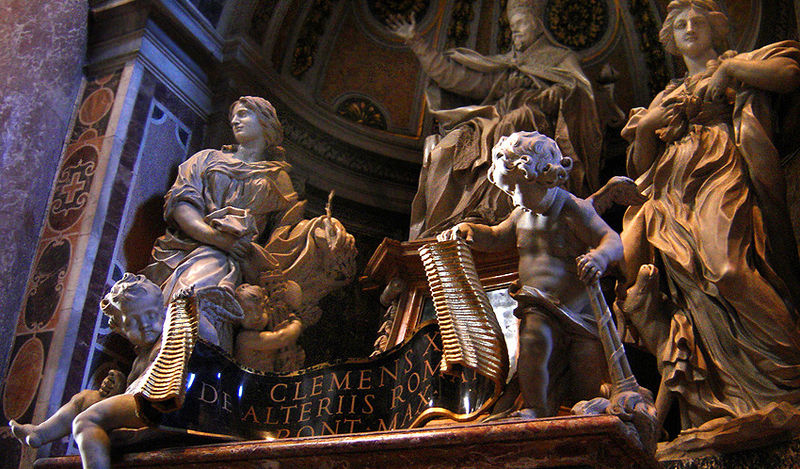 ​At almost eighty years of age, Emilio Altieri is the oldest person ever to have been elected Pope.

In front of the monument, under a simple tombstone, lie the remains of Pope Sixtus IV (r. 1471-84) and his nephew Pope Julius II (r. 1503-13), who, between them, were responsible for the building and decoration of the Sistine Chapel.