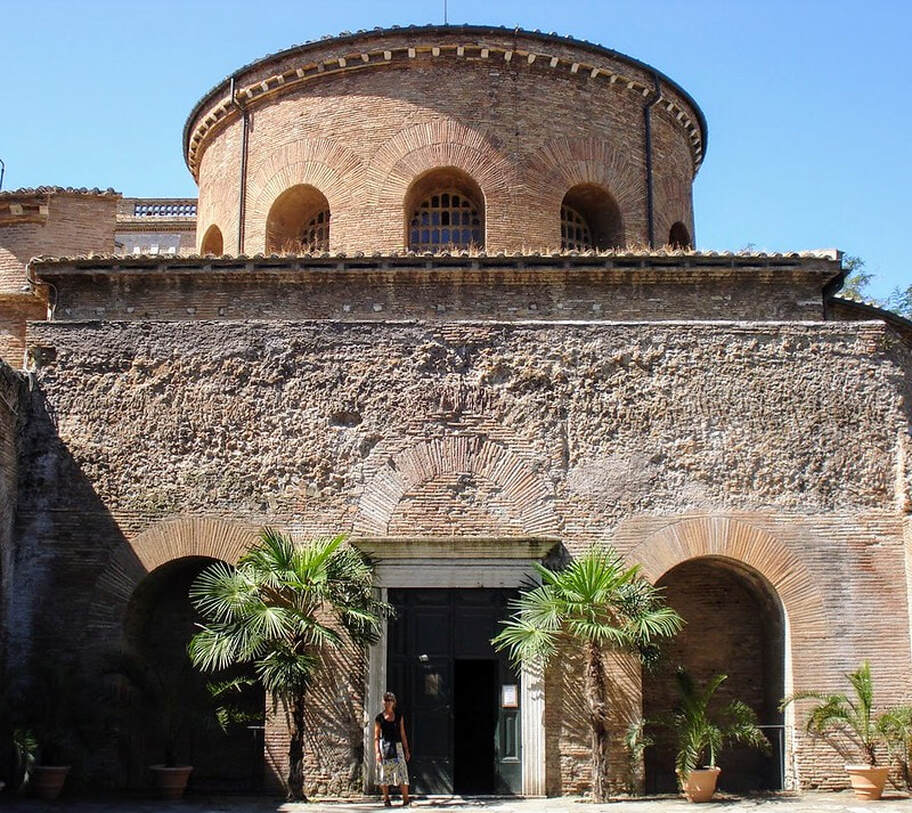 Santa Costanza
In a quiet corner of Rome stands the church of Santa Costanza, which was originally the mausoleum of Constantia and her sister Helena, daughters of the emperor Constantine the Great (r. 306-337). Constantia's monumental porphyry sarcophagus is now on display in the Vatican Museums (a copy stands in its place), Helena's has not survived.

The interior of Santa Costanza takes the form of a domed central space (with twelve windows) surrounded by an ambulatory, which is made up of 12 pairs of granite columns.
​
The mosaics in the dome were replaced by frescoes in 1620. However, most of the 4th century mosaics in the ambulatory have survived. They were restored by Vincenzo Camuccini between 1834 and 1840.

There are also mosaics (5th-7th century) in the two side niches. In one mosaic Christ stands between St Peter and St Paul; he holds a scroll proclaiming: DOMINVS PACEM DAT (The Lord gives peace by the Law). In the other mosaic Christ presents the keys St Peter. 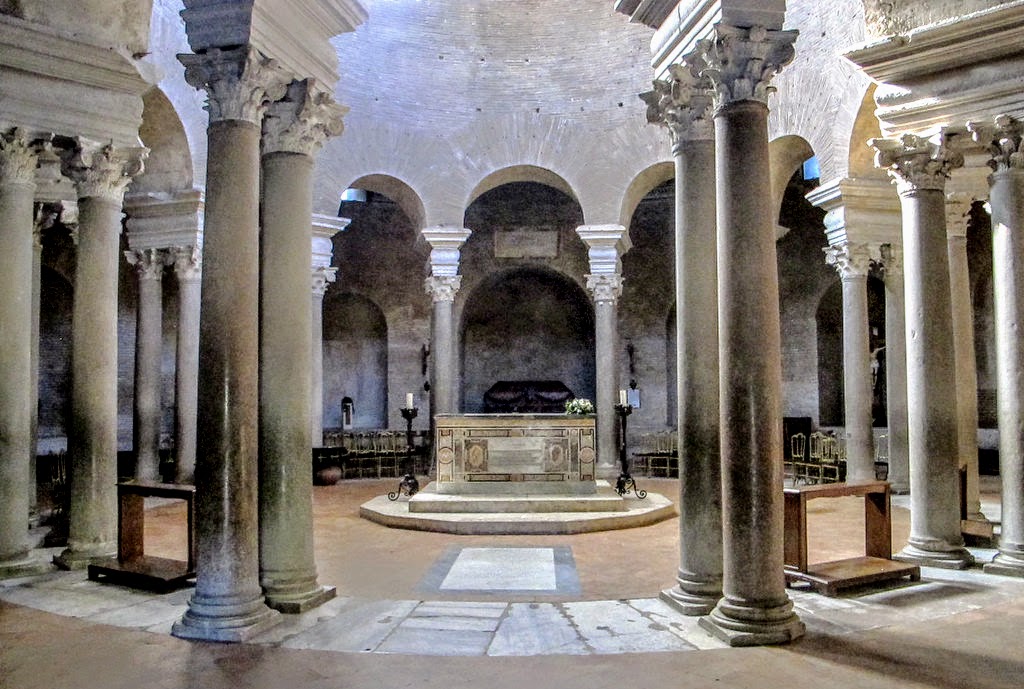 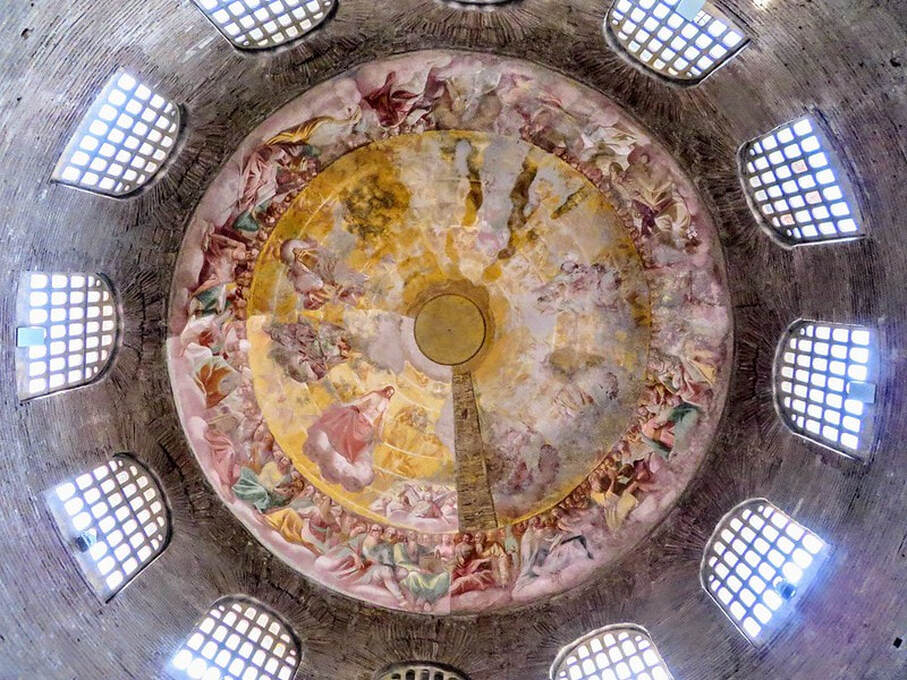 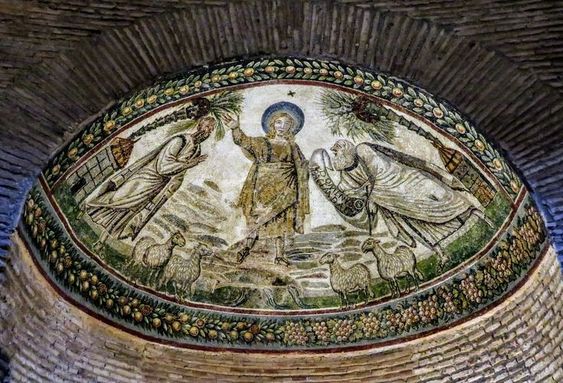 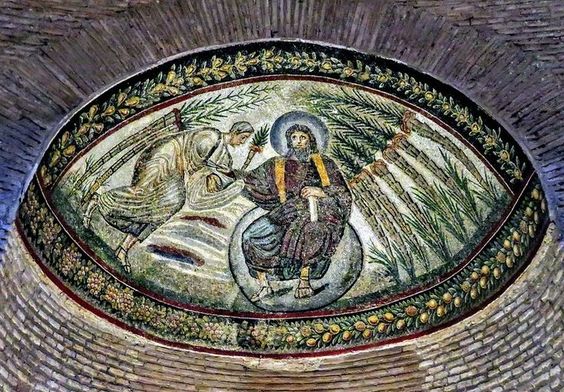 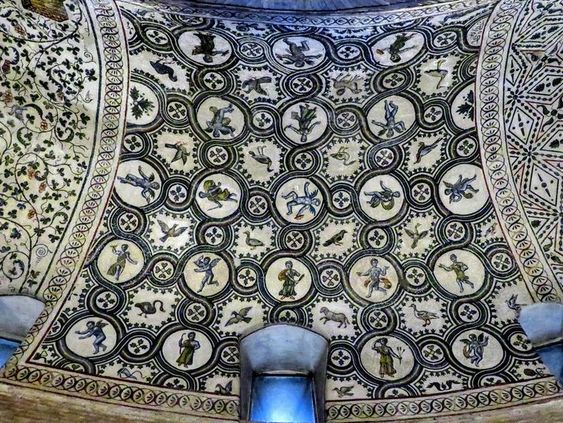 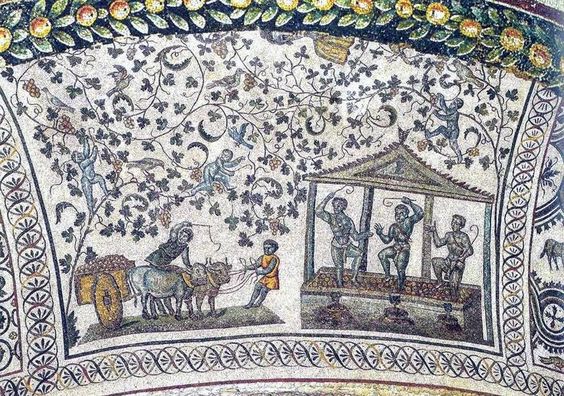