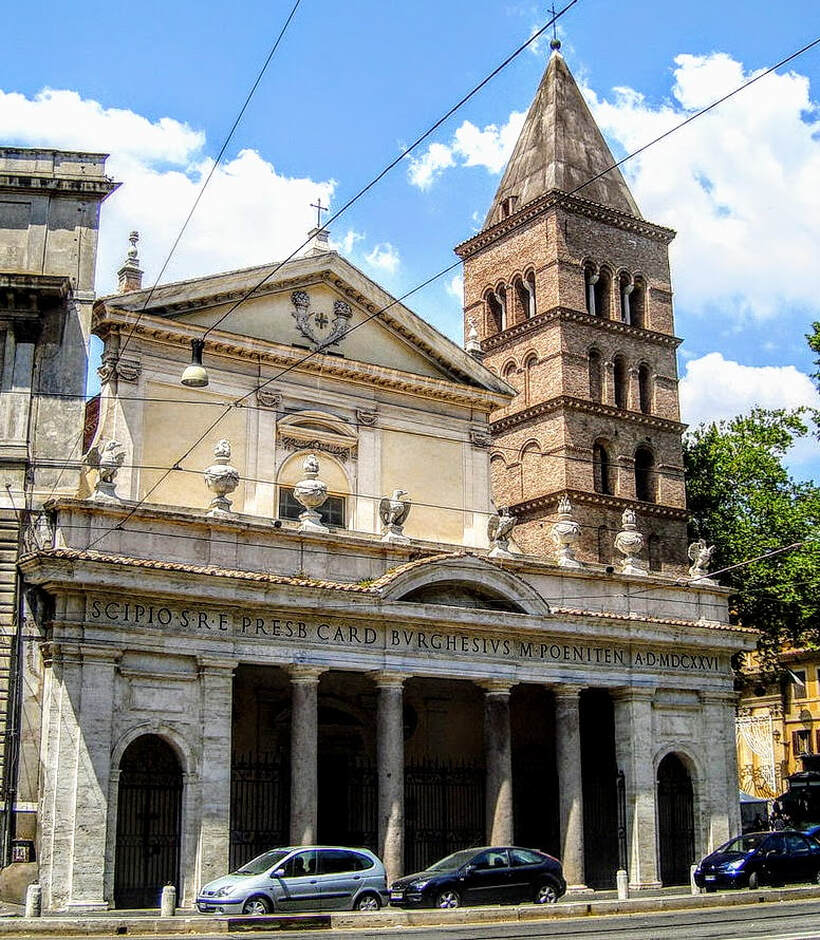 San Crisogono
The ancient church of San Crisogono, which is dedicated to St Chrysogonous, was founded in the 5th century. It was rebuilt in the early 12th century by its titular cardinal Giovanni da Crema. The Romanesque bell tower survives from this rebuilding. In 1623 the church was reconstructed by Giovanni Battista Soria (1581-1651) for Cardinal Scipione Borghese (1577-1633), the immensely wealthy nephew of Pope Paul V (r. 1605-21). The inscription on the facade reads: SCIPIO ⋅ S ⋅ R ⋅ E ⋅ PRESB ⋅ CARD ⋅ BVRGHESIVS ⋅ M ⋅ POENITEN ⋅ A ⋅ D ⋅ MDCXXVI.

Twenty-two ancient granite columns separate the nave from the aisles. The triumphal arch is supported by a pair of porphyry columns. The 13th century Cosmatesque pavement is one of the finest in Rome.

The baldacchino was designed by Soria. The mosaic on the wall of the apse, attributed to the school of Pietro Cavallini, depicts the Virgin and Child flanked by St James and St Chrysogonous.

The coffered wooden ceiling, which sports the coats of arms of Cardinal Scipione Borghese, is beautifully carved and gilded. The original painting in the central panel was by Gian Francesco Barbieri (1591-1666), better known as Il Guercino, and depicted the Apotheosis of Saint Chrysogonus. What is there now is a copy; the original was looted at the start of the French occupation of Rome in 1808. Guercino's painting is now part of the ceiling of the Long Gallery in Lancaster House in London. 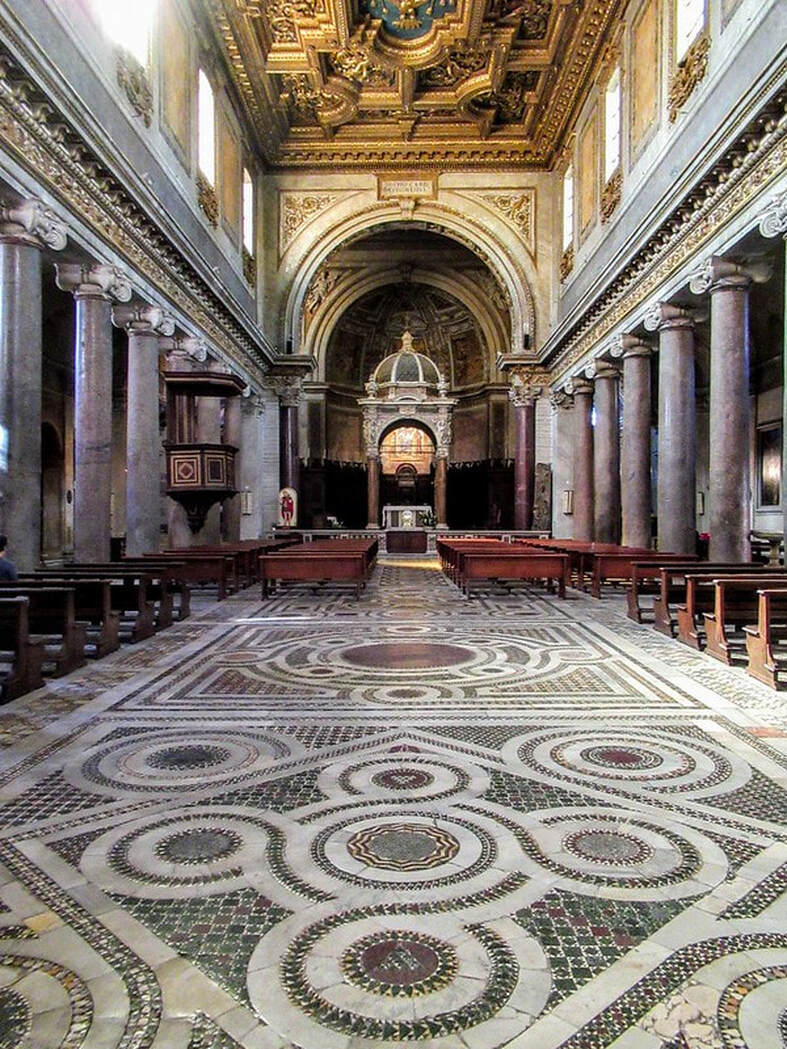 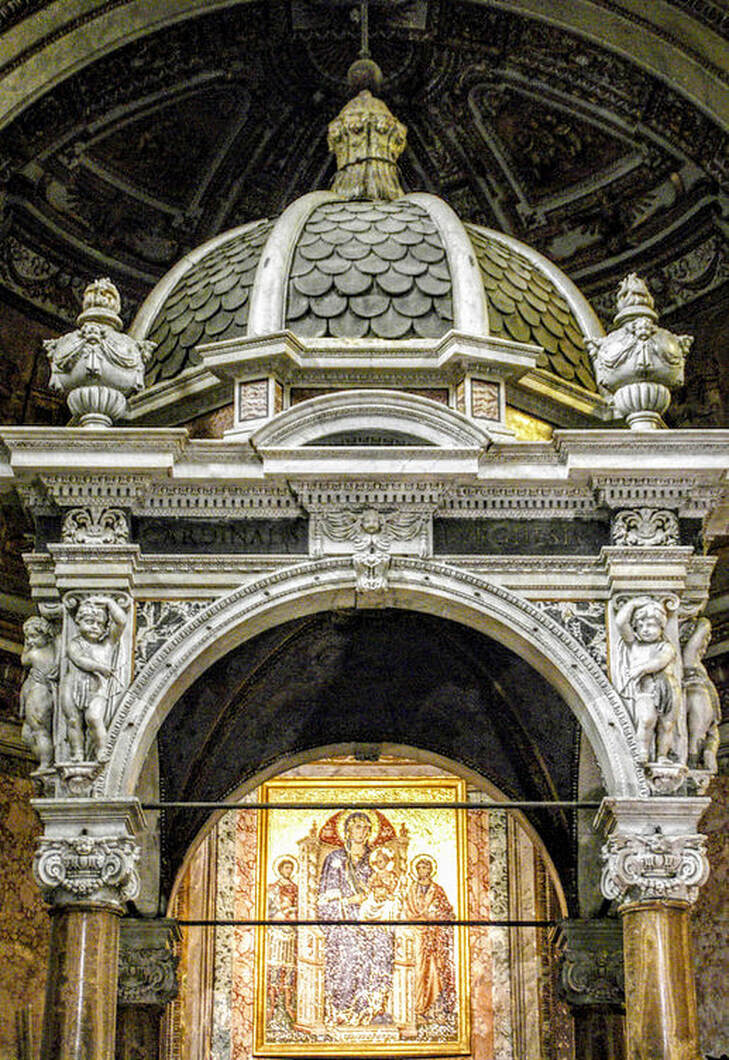 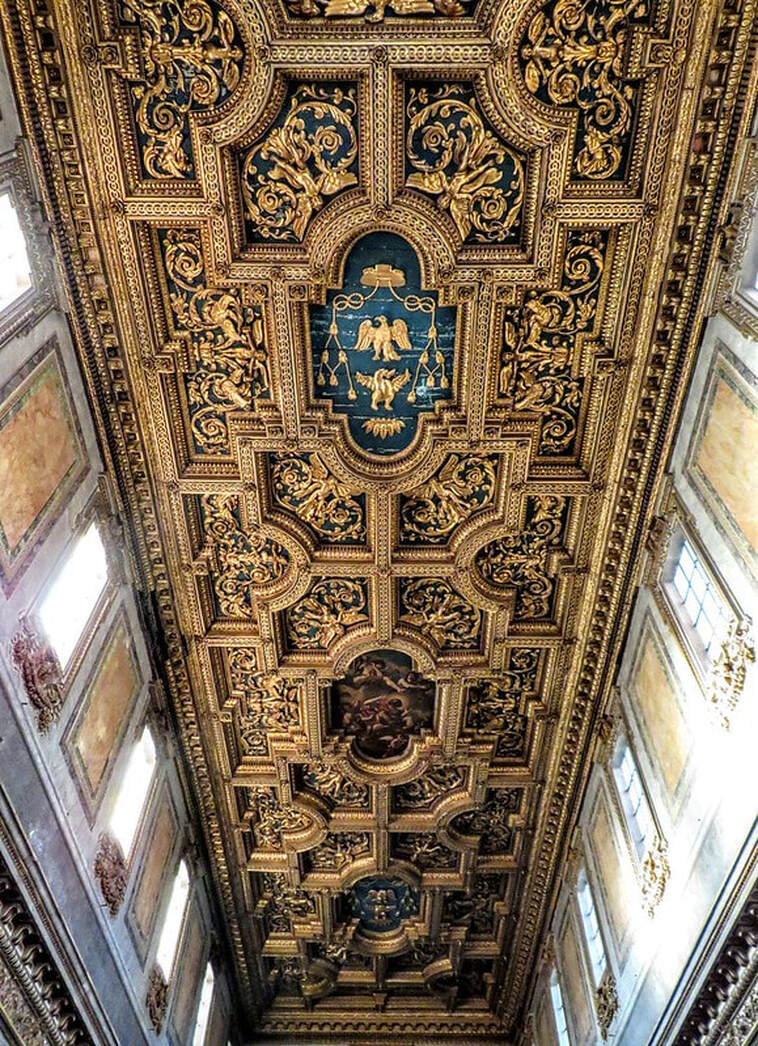 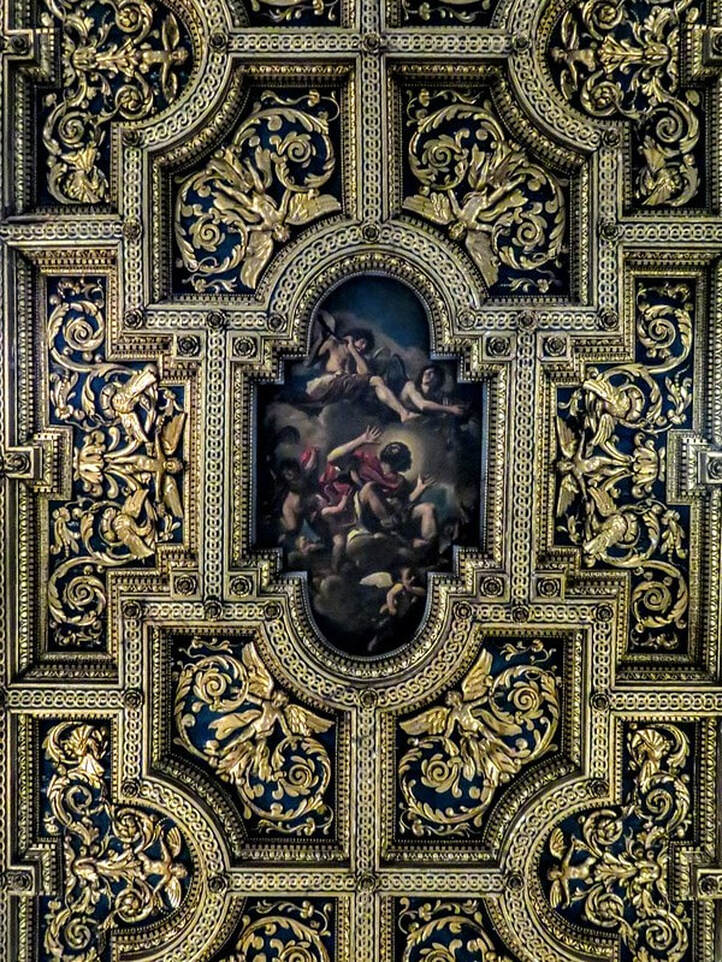