Fountain of the Turtles 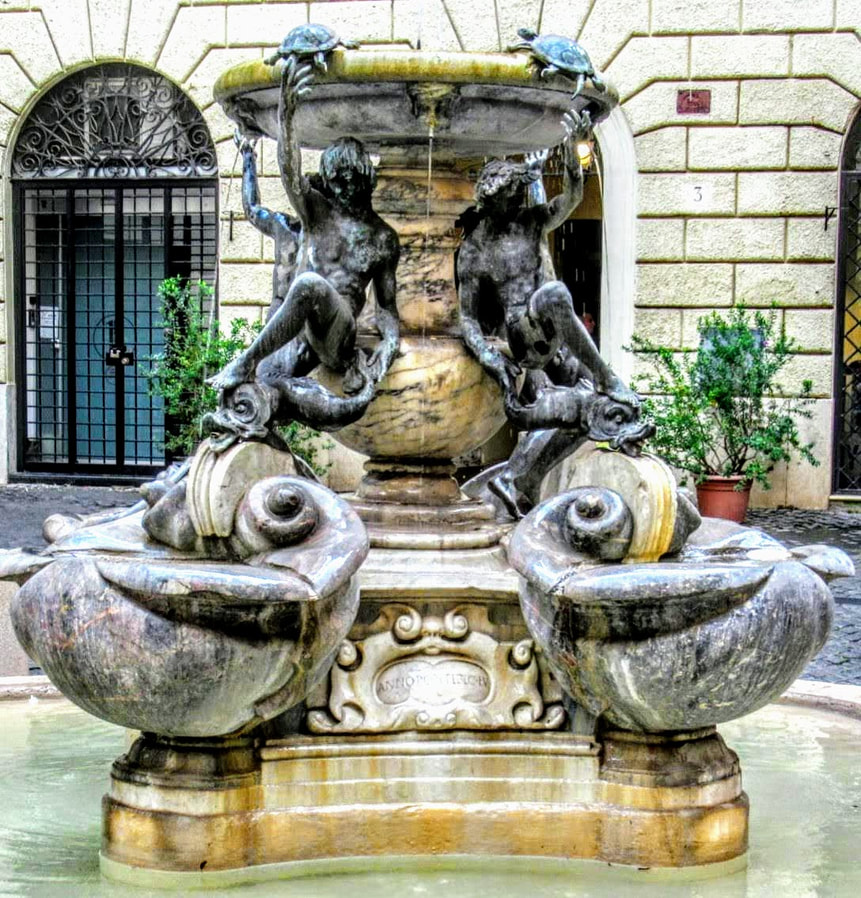 In 1580 Muzio Mattei, the owner of Palazzo Mattei, successfully applied to have water piped to the piazza outside his family residence. In return, he pledged to pave what was then known as Piazza Giuda and install a fountain for public use.

What came to be known as the Fontana delle Tartarughe was created between 1581 and 1584 by Taddeo Landini to a design by Giacomo della Porta. The turtles were added in 1658/9 when the fountain was restored. They have been attributed to both Gian Lorenzo Bernini and Andrea Sacchi. ​

The Mattei family were responsible for opening and closing the gates to the ghetto, through a contract they held with the papacy.