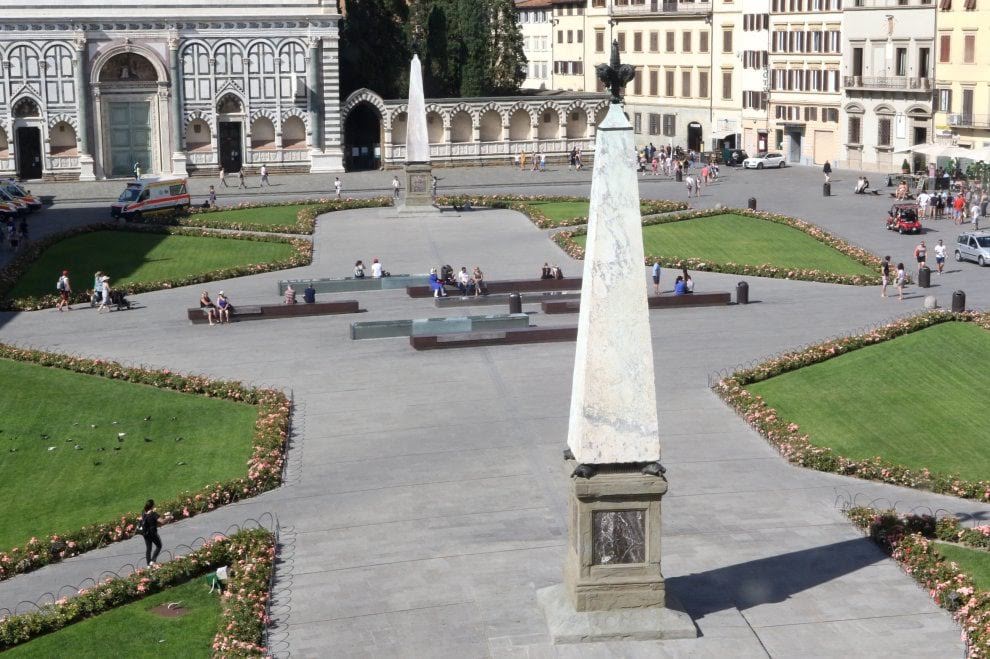 The race was introduced in 1563 by Duke Cosimo I de' Medici (r. 1537-74) and involved four horse-drawn carriages (cocchi). The Palio dei Cocchi, as it came to be known, was held on June 23rd, the eve of the Feast of Saint John the Baptist (Florence's patron saint).

The carriages would race around two temporary wooden posts, which were placed at opposite ends of the piazza. In 1608 the posts became permanent, taking the form of two marble obelisks. Each obelisk stands on a stone pedestal, which it shares with four bronze tortoises, the work of the Flemish sculptor, Jean de Boulogne (1529-1608), better known as Giambologna.

The four wooden chariots, each pulled by two horses, were painted red, white, green or blue, the respective colours of the quartieri (the four official districts of the city). The chariots made three laps of the track and the winner was awarded a piece of velvet cloth (the palio).

The annual Palio dei Cocchi took place in Piazza Santa Maria Novella for almost three centuries, only coming to an end in the middle of the 19th century. ​