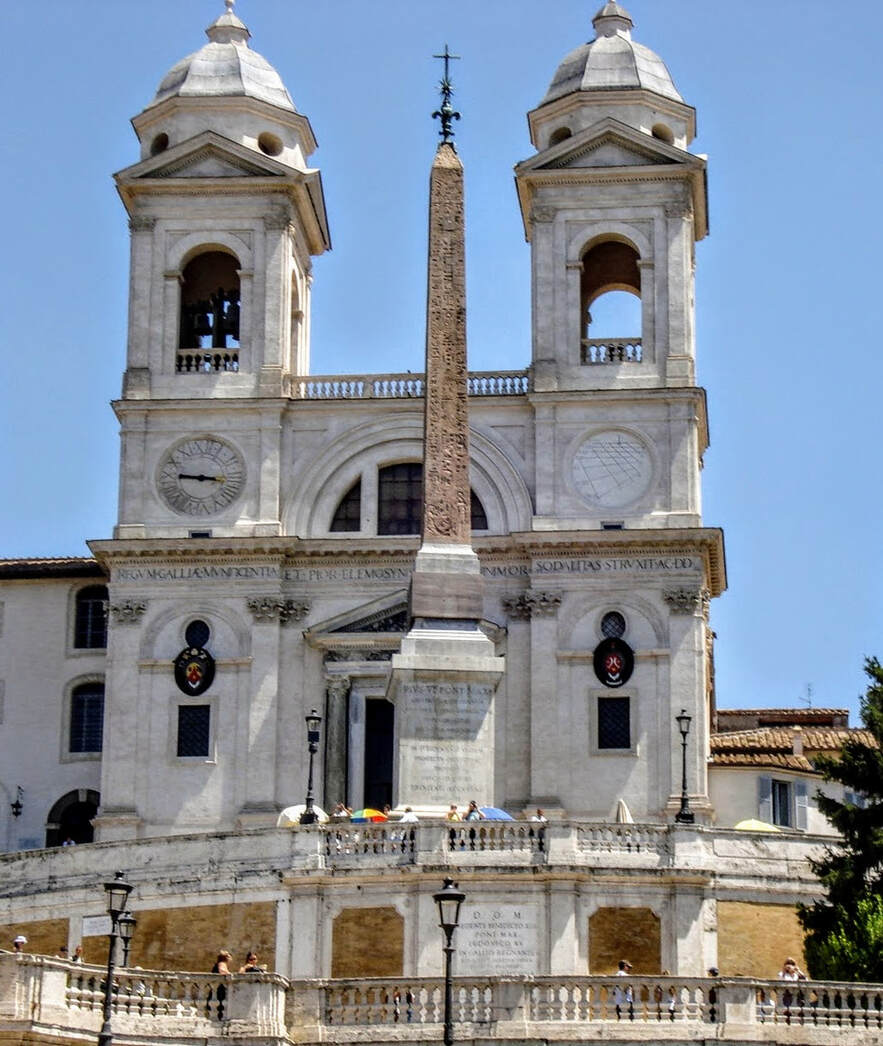 The church is home to some good paintings by Daniele Ricciarelli (c. 1509-66), bettter known as Daniele da Volterra, a close friend and follower of Michelangelo, including what many deem to be his masterpiece The Descent from the Cross (1546). The painting can be found in the second chapel on the left.

Volterra and his studio also provided the frescoes for the Cappella Lucrezia della Rovere, which is dedicated to the Assumption of the Virgin Mary. The decoration of the chapel, third on the right, was commissioned by Lucrezia della Rovere, the niece of Pope Julius II, in 1548. The bearded figure on the far right is thought to be a portrait of Michelangelo. Volterra also executed the Presentation of Our Lady on the right wall, but the Massacre of the Innocents on the left wall is by one of his pupils, Michele Alberti. The vault is decorated with scenes from the life of Mary.

In the Cappella Borghese, first chapel on the left, is a large sculpture of the Depostion, a plaster copy of a work in marble by the German sculptor Wilhelm Achtermann (1799-1884). The original sculpture once stood in Munster Cathedral, but was destroyed during the second world war. Achtermann, who lived in Rome from 1839 until his death in 1884, gave the plaster copy as a gift to the church, circa 1860.

The high altar was designed by Jean Regnaud (known in Italy as Giovanni Rinaldi) and executed in 1679. It is crowned with the symbol of the Trinity in glory, venerated by two stucco angels. The stucco work is by Pietro Sassi and Giuseppe Ruggieri. The large tabernacle, at the base of the altar, was designed in the form of a round temple by Charles Errard (1606-89). The high altar is unusual in that it has no altarpiece. 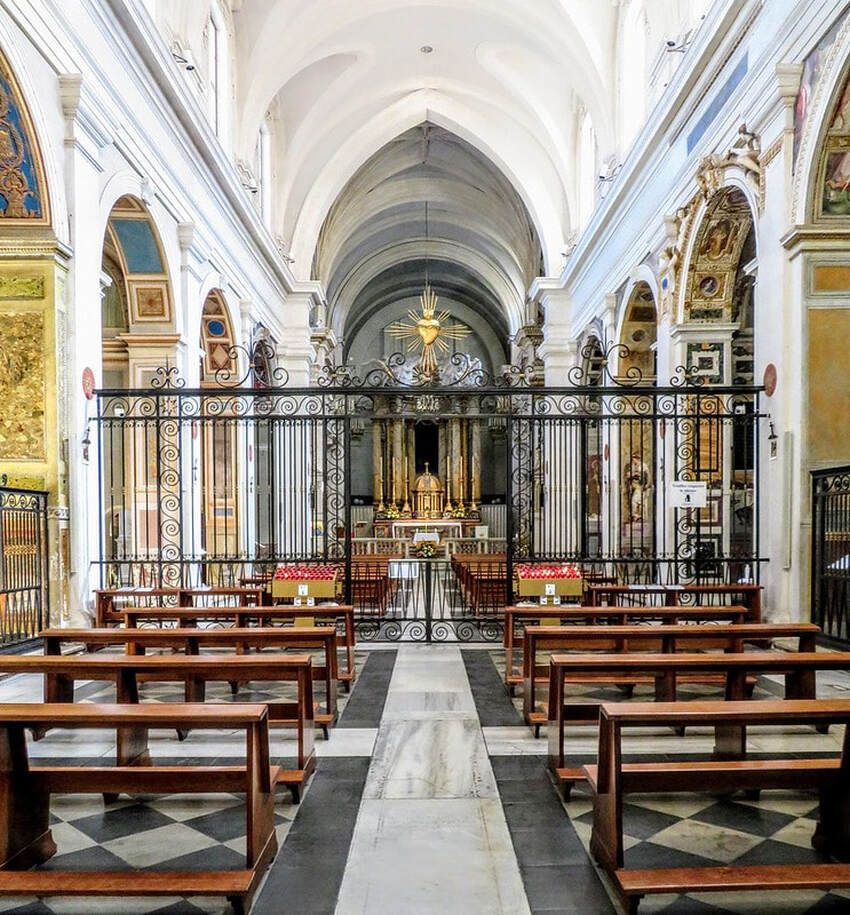 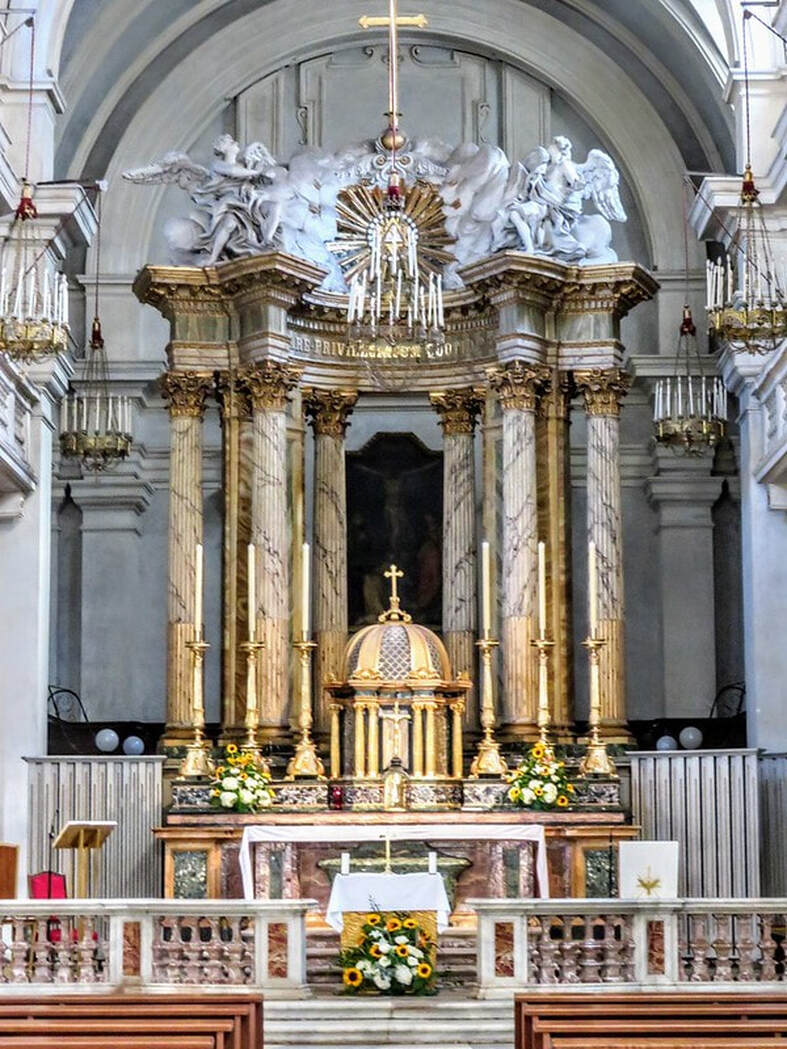 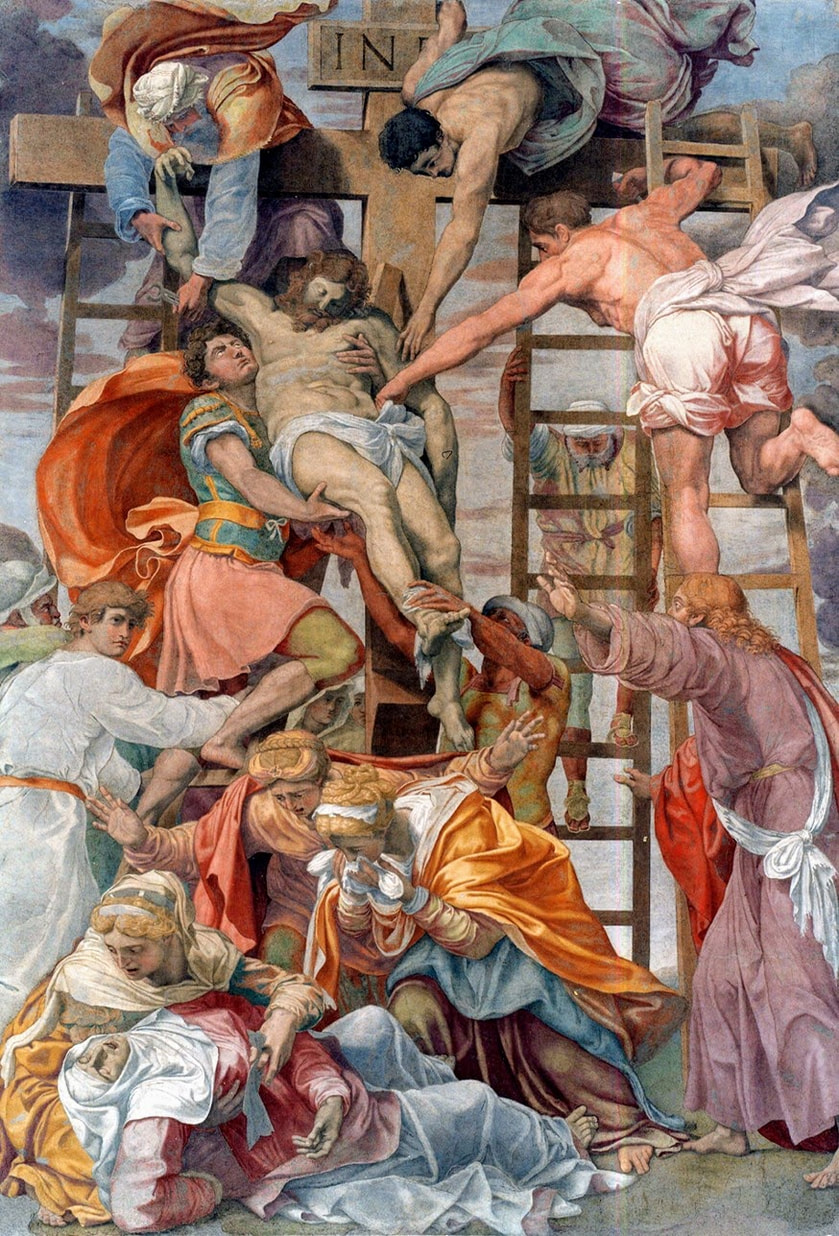 The Descent from the Cross by Daniele da Volterra
Gallery 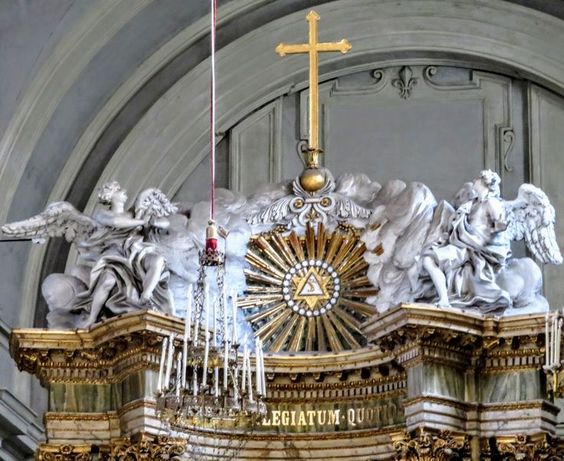 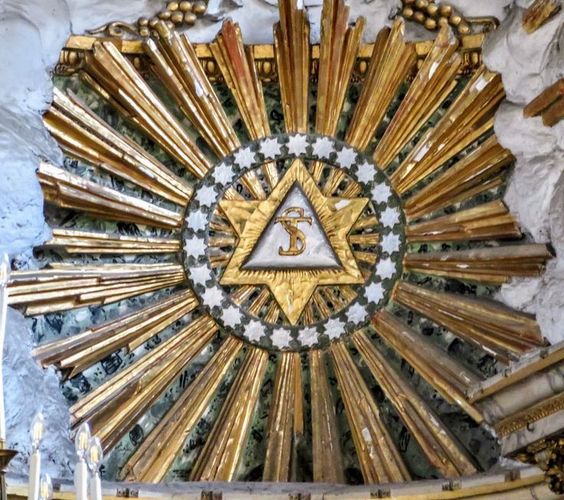 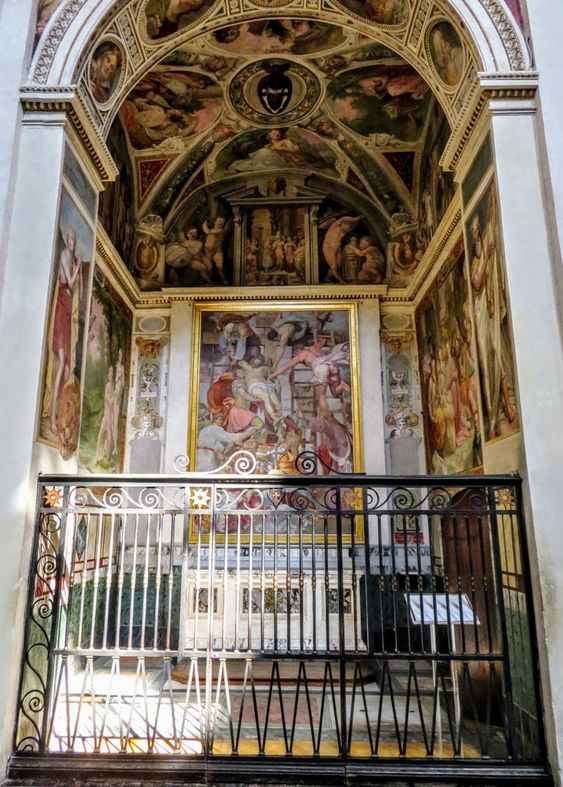 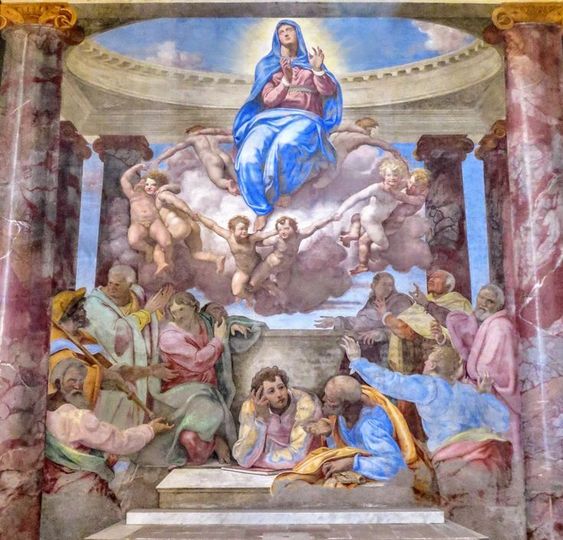