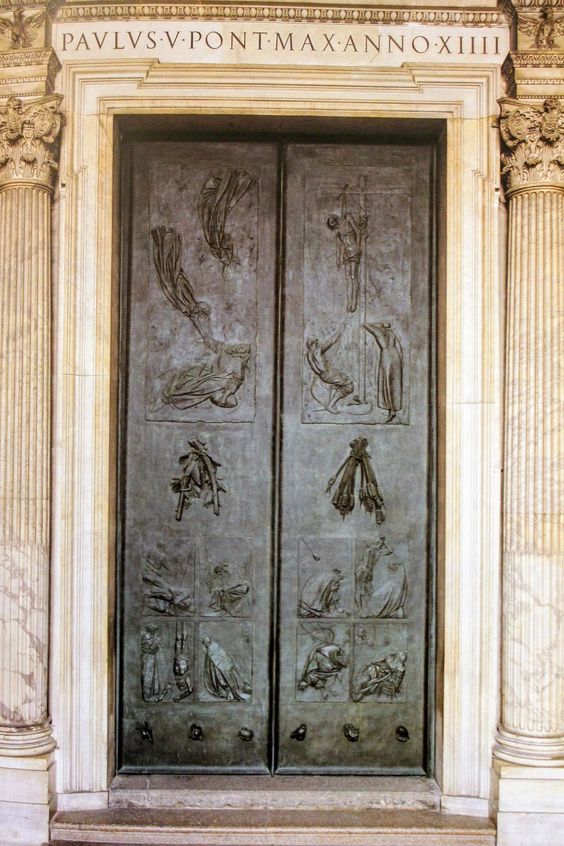 The Door of Death (Porta della Morte), the work of Giacomo Manzù (1908-91), was once used as the exit for funerals, hence its name.

The reliefs, unsurprisingly, all take death as the subject-matter. However, the two reliefs on the back of the door relate to the opening of the Second Vatican Council on October 11th, 1962, which had been called by Pope John XXIII (r. 1958-63). Manzù also added his signature in the shape of his hand print.