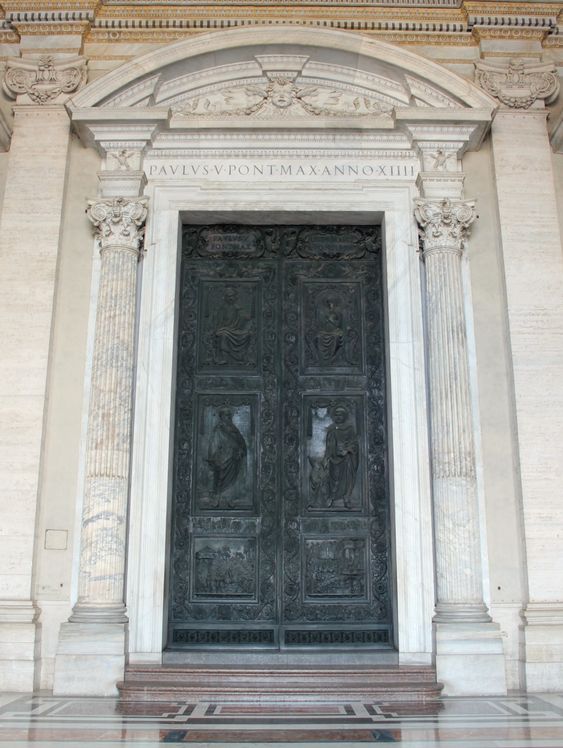 The central door, which was created for the old basilica, was commissioned by Pope Eugenius IV (1431-47) from the Florentine sculptor Antonio di Pietro Averlino (c.1400-c.1469), better known as il Filarete. The six panels depict Christ, the Virgin Mary, Saint Paul, Saint Peter (who is giving the keys to Pope Eugenius IV), the Crucifixion of St Peter and the Beheading of St Paul.

​The reliefs between the main panels illustrate scenes from the pontificate of Eugenius IV as well as episodes from Aesop's Fables and Ovid’s Metamorphoses.
​
In order to fit the doors into the new basilica, extra panels had to be added to the top and bottom. They are decorated with the name of Pope Paul V and images of the dragon and the eagle, the emblems of his family’s coat of arms. On the back of the door, in the lower right corner, il Filarete has left a curious record of himself and his assistants.