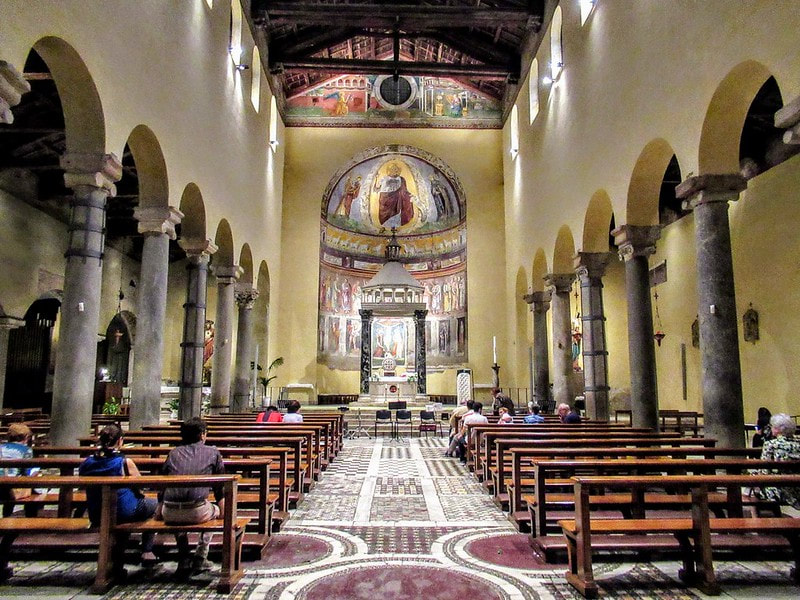 San Saba
The church of San Saba was founded in the 7th century by monks from the monastery of St. Sabas in Palestine, who were fleeing from the Islamic invasion.

San Saba was rebuilt in the 10th century and restored in the 13th century. The portico houses fragments of sculpture, some oriental in character, including a relief of a rider with a bird of prey.

The nave, which is lined with a motley collection of ancient columns, sports a beautiful 13th century Cosmatesque pavement.

The painting in the apse conch was made for the Jubilee of 1575 and is possibly a reproduction of a lost mosaic. It depicts Christ flanked by St Andrew and St Sabas. Below is the Lamb of God, flanked by twelve sheep representing the Apostles.
The apse wall has two registers of frescoes, which date back to the 14th century, although much touched-up. The upper register has the Madonna and Child flanked by the Apostles, and the lower one has a fresco of the Crucifixion flanked by saints.
​
The fresco of the Annunciation (high up, under the roof) was commissioned in 1463 by Cardinal Piccolomini and executed by Antoniazzo Romano (c.1430-c.1508).

There are remnants of 13th century frescoes in the far aisle, on the left side of the church, including one of St Sabas with the Virgin and Child. St Sabas (439–532), a Cappadocian-Syrian monk, is usually depicted in a monk's garb holding a paterissa (crozier). 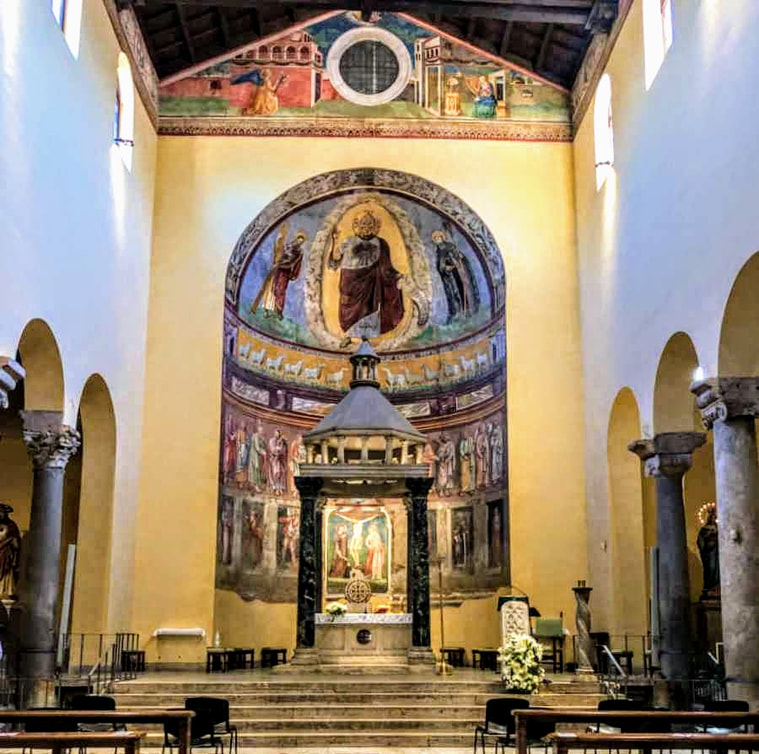 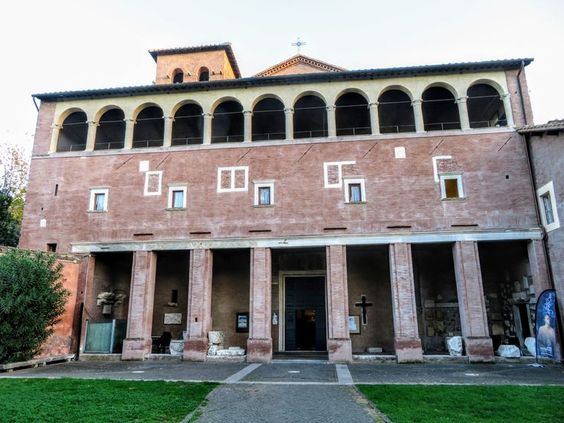 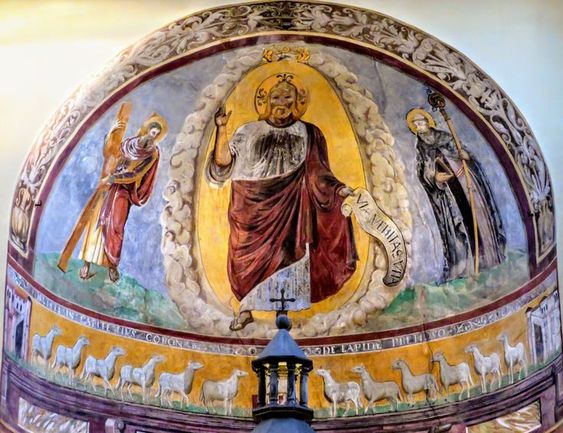 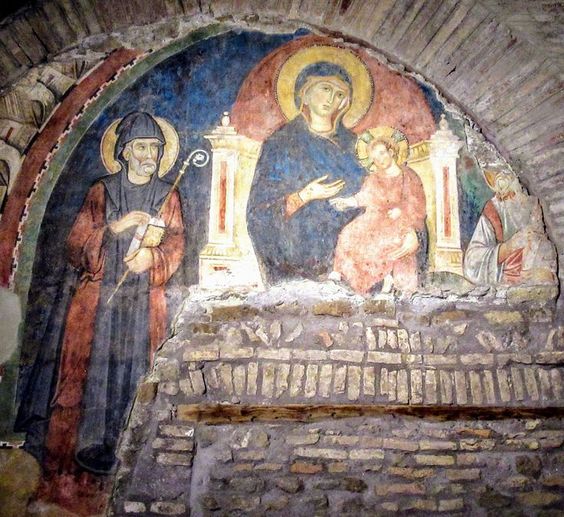 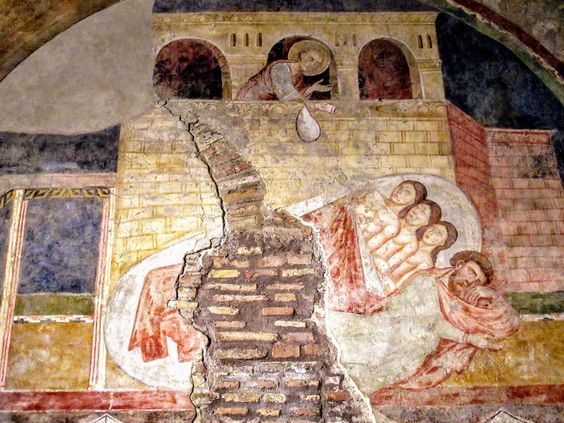