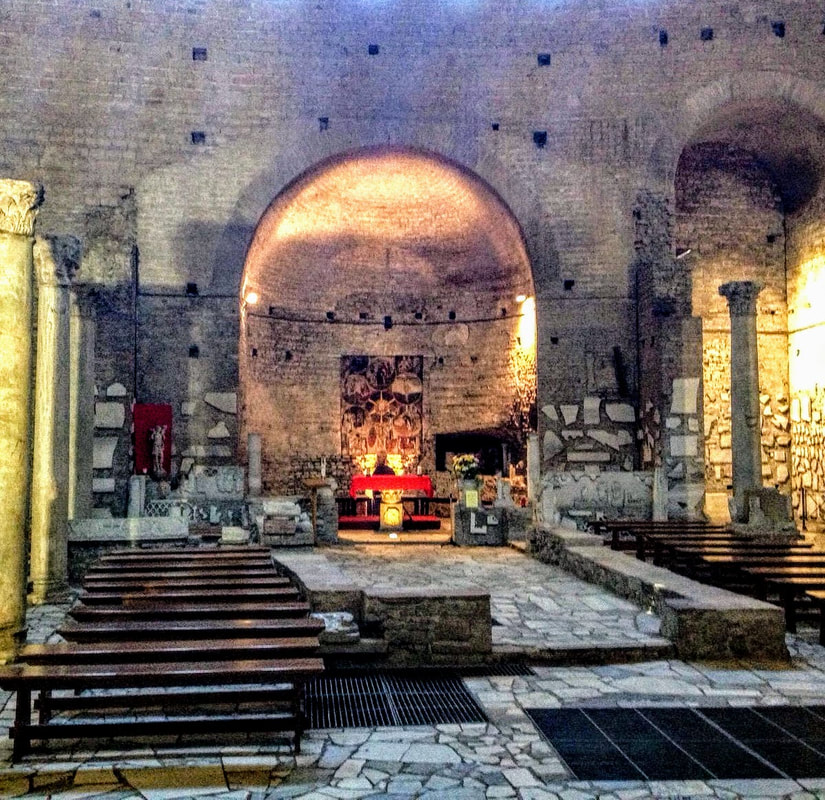 Basilica
The Catacombs of Domitilla, which are situated on the ancient via Ardeatina, are the best-preserved and the most extensive (17 kilometres) in Rome. Their origin dates back to some burial grounds that were built on a property belonging to Flavia Domitilla, a noblewoman and the niece of Flavio Clemente, who was a consul in 95 CE.

In addition to the galleries on four different levels, the Catacombs of Domitilla comprise a semi-underground basilica, which was built during the pontificate of Pope Siricius (r. 385-99). The basilica is dedicated to St Nereus and St Achilleus, two soldiers who were probably martyred during the reign of the emperor Diocletian (r. 284-305).

A cubiculum contains a fresco that is the earliest known depiction of Christ as the Good Shepherd.
​
The catacombs, the only ones still to contain bones, were in use from the 2nd until the 9th century. They were then abandoned until their rediscovery a thousand years later. 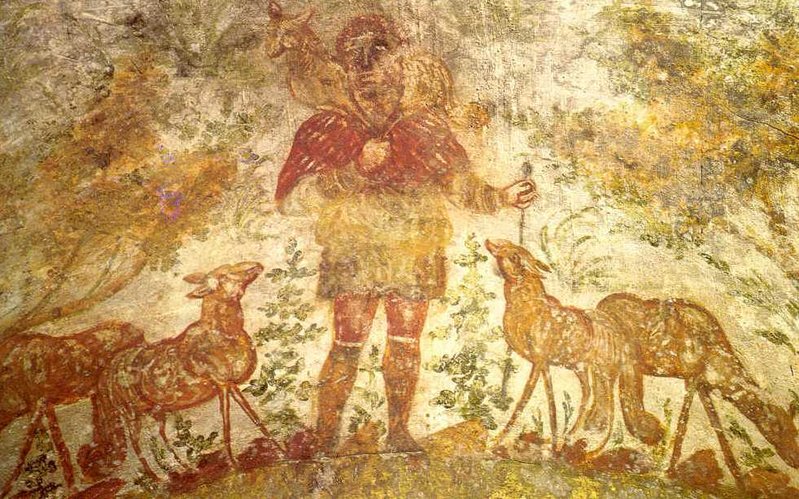 Jesus as the Good Shepherd