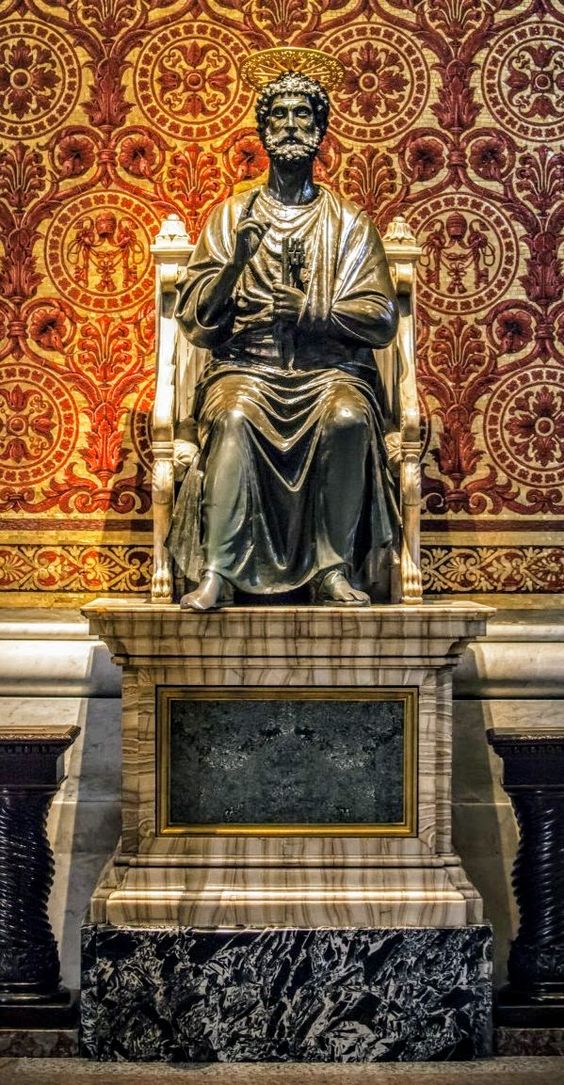 Most scholars date the statue to the time of the sculptor Arnolfo di Cambio (c.1240-c.1310), but not all agree that he was its creator. Over the centuries, St Peter's toes have been almost worn away by the millions of pilgrims who have kissed or touched it.
​
The wall behind the statue is decorated with what looks, at first sight, to be a piece of velvet brocade, but which is, as closer inspection reveals, a mosaic.

The medallion portrait of Pope Pius IX (r. 1846-78), high up on the wall above the statue of St Peter, is also a mosaic. Pius IX earned this place of honour when, on June 16th, 1871, he became the first pope to reign for twenty-five years. This was thought at the time to equal the number of years that St Peter had reigned as the first Pope, an achievement recorded in the inscription: 'PIO IX PONT MAX QVI PETRI ANNOS IN PONTIFICATV ROMANO VNVS AEQVAVIT CLERVS VATICANVS SACRAM ORNAVIT SEDEM XVI KAL QUINT A MDCCCLXXI' ('The Vatican Clergy embellished the sacred seat for Pius the Ninth, Pontifex Maximus, who alone in the Roman pontificate has equalled the years of Peter, on the sixteenth day before the calends of Quintilis, 1871').

Pius IX would reign for more than thirty-one years, making his pontificate the longest in history. 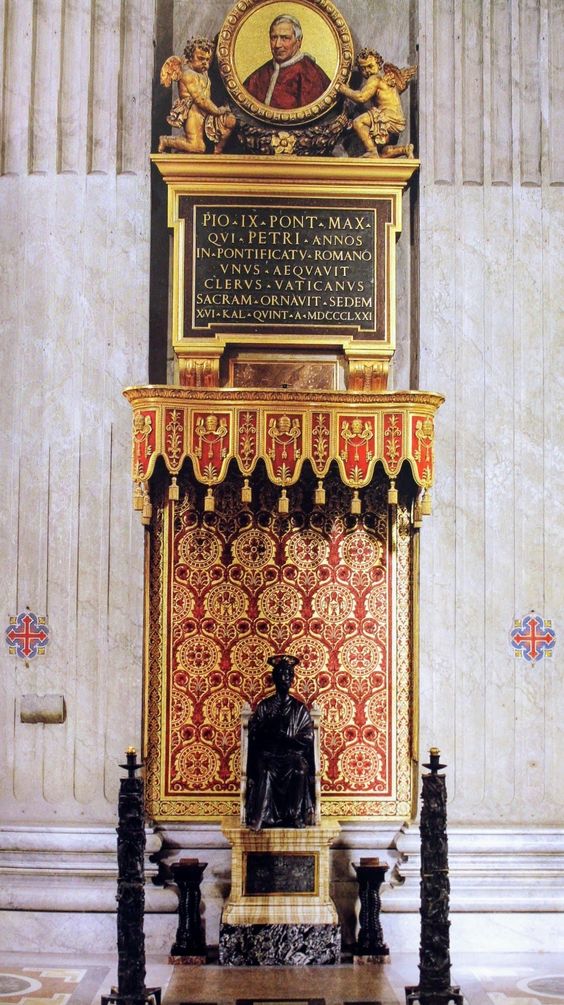