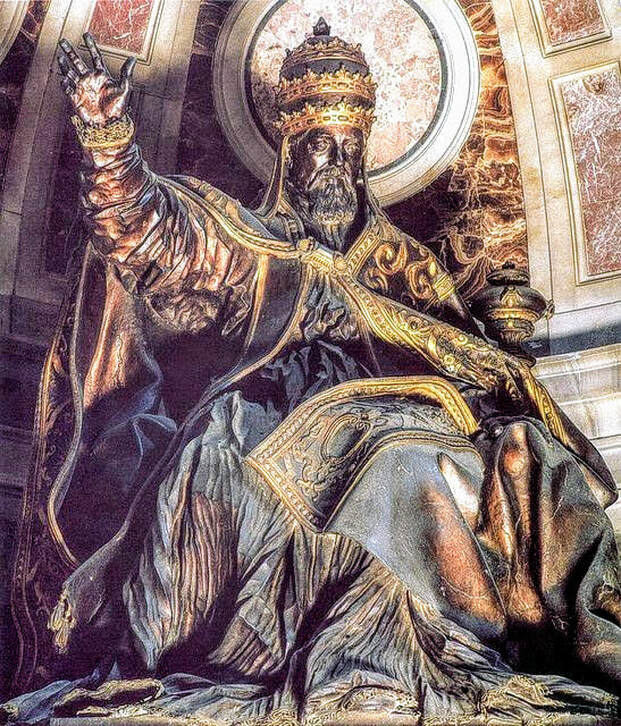 Through his extensive patronage, Urban VIII made a great impact on St Peter's Basilica, which he consecrated on November 18th, 1626.  The trio of heraldic bees, which make up his family's coat of arms, swarm all over his monument and throughout the basilica at large.
Gallery 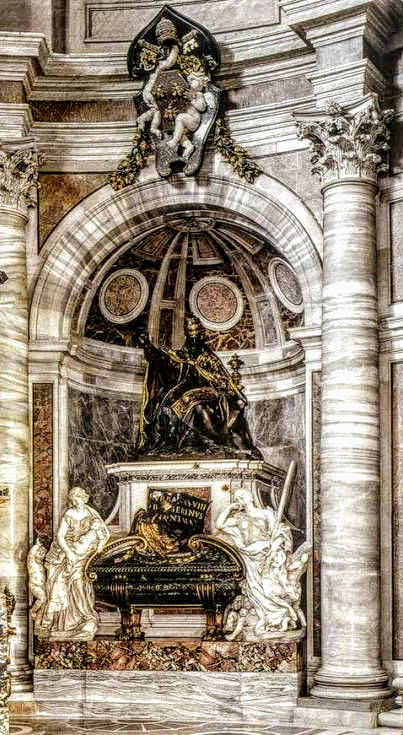 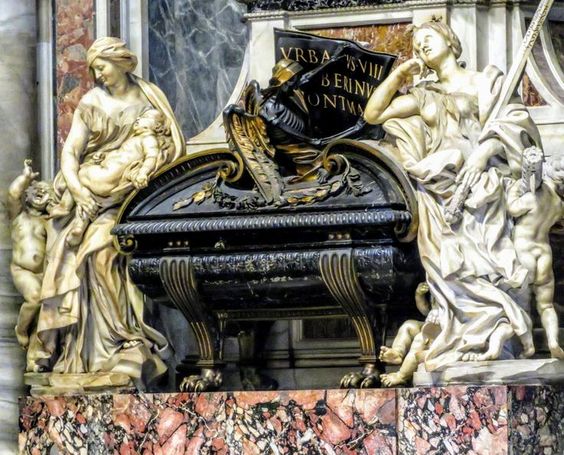 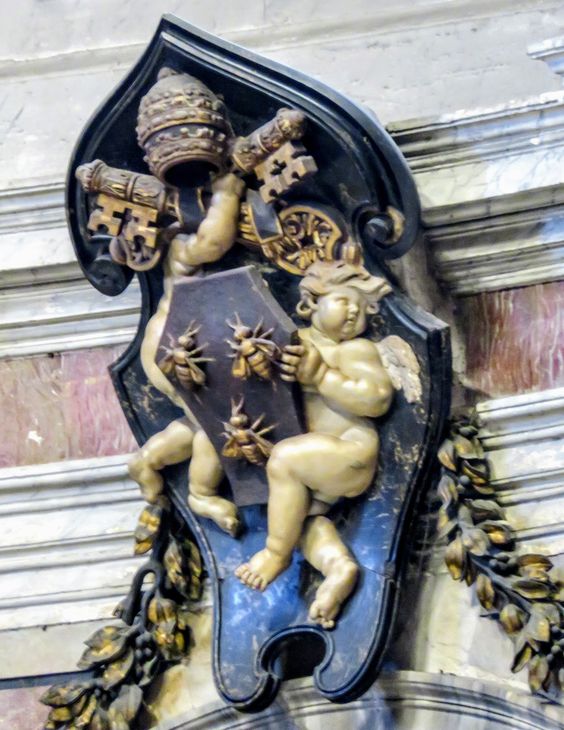 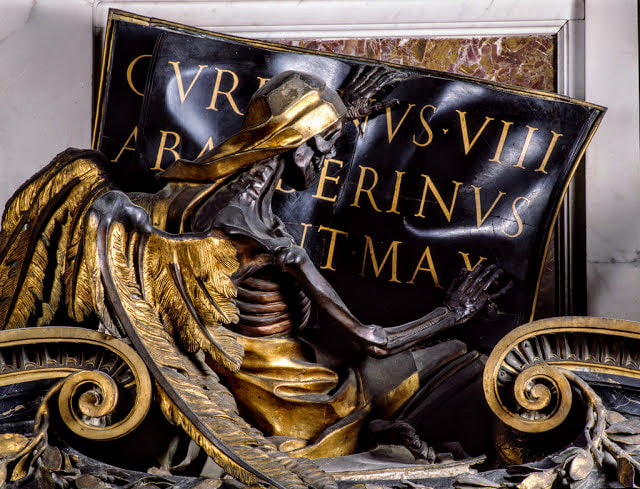